My electric bill is slightly lower per square foot with central air than it was when I lived in an apartment with a window unit (which, I have to add, was a new Energy Star appliance). 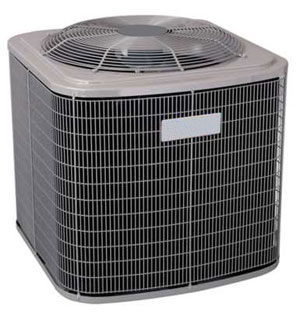 So, I recently moved into an apartment with central air conditioning. By the way, if you just thought to yourself, “Where were you living before, a park bench?” then you obviously don’t live in New York City, where central air is a luxury. Anyway, I got central air, and it was exciting! Not only is it less of a hassle and easier to control (thermostat, I’ve missed you all these years!), but it has also, somewhat surprisingly, saved me a little money. I was expecting the amount I paid per square foot on electricity to go up — the convenience of central air has to come at a price, right? Check it out: I can flip one tiny switch and all the rooms in my apartment will cool off instantly. And they’ll stay at whatever temperature I want, for as long as I want, without threatening the lives of anyone walking on the sidewalk outside my living room window! But, sure enough, my electric bill is slightly lower per square foot now than it was when I lived in an apartment with a window unit (which, I have to add, was a new Energy Star appliance). Several sources on the Internet confirmed that my case is not a fluke. Apparently, the energy efficiency of central air conditioning systems versus window units is anything but cut and dry and depends on a ton of factors, including how your air conditioning system is engineered and how well insulated your home is. Obviously, I’m lucky, and I don’t take it for granted. Thanks, central air!