California is Ready for its Closeup: 2009 Global Solar Report Card Shines on the State

Global Green USA released a 2009 solar report card, giving marks on the improvement (or lack thereof) of solar power. The state of California ranked higher than the U.S. as a whole.

“You see, it’s never the environment; it’s never the events of our lives, but the meaning we attach to the events — how we interpret them — that shapes who we are today and who we’ll become tomorrow. Author Tony Robbins said it, and the state of California lives by it; along with 16 countries, the Golden State was deemed to be the largest solar market in the U.S. — giving it a big enough platform to stand on its own amongst entire countries on a report card. 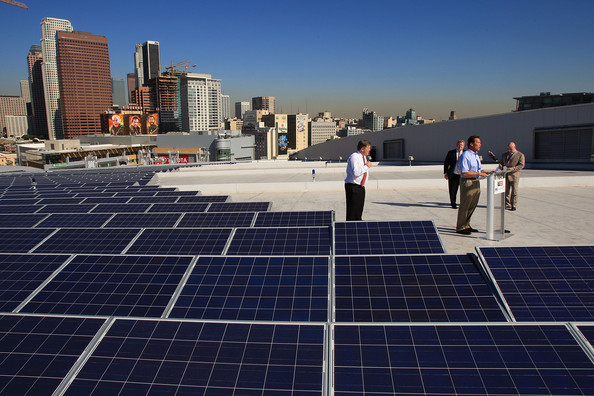 Global Green USA released a 2009 solar report card, giving marks on the improvement (or lack thereof) of solar power — yet it was so similar to last year’s results that the grades for the U.S. and California (which is ranked separately from the rest of the country) stayed the same: C+ for the U.S. and a B- for California. The grading was based on a first of its kind country-by-country evaluation measuring how much (and how well) solar energy is used, and the policies that back them up. The breakdown encourages growth more than the current state of solar energy, according to the site’s report card breakdown. The ranking is based on a 100-point system that allocates a maximum of 30 points to the amount of solar installed so far, and the remaining 70 points to drivers of future growth (56 points for financial incentives, 12 points for regulatory incentives and two points for educational and advocacy efforts). Now, with the grading breakdown, it isn’t hard to fathom putting California ahead of the United States in a huge green initiative, but 1-800-RECYCLING had to ask the experts: What puts California ahead of the rest when it is already a solar-powered force to be reckoned with? Along with advanced programs, California is doing some amazing things to make solar roofing affordable, according to Ruben Aronin, Director of Communications for Global Green USA. “Generally, California has offered a variety of important incentives to promote solar investments throughout the state,” Aronin said, “including the Million Solar Roofs initiative to create 1 million new homes with solar roofs.” Citing reduced energy costs, it makes sense that California, along with Italy, experienced almost 400% annual growth in installed capacity this past year. There were, however, some surprising components of the report card’s findings. Of note: China (despite new programs), Canada and the United Kingdom all scored a D. But, the purpose of the grade isn’t to point fingers. Instead, it is to raise awareness among policymakers, media and the public at large by grading the effectiveness of each country’s policies every year, according to Matt Petersen, President and CEO of Global Green USA. “Solar is a key strategic investment that can help combat energy poverty to create economic growth and help fight climate change,” Petersen said. “We need governments to shift subsidies for oil, gas and coal toward solar and renewable technologies to create jobs, improve the lives of those in need and reduce greenhouse gas emissions. The report card enables us to see which countries are doing exactly that and which countries still need to strengthen their solar programs.” Creating economic growth and improving the lives of those in need are high on the Golden State’s list; California is also leading the way with some of the nation’s first net-zero-energy affordable housing developments. Funding isn’t a stopping point, even in a tough economy, according to Aronin, as Global Green USA was instrumental in making two economic roofing projects available in affordable housing developments at Los Vecinos and Solara possible. Check out this video to see the making of affordable solar panels in the Los Vecinos and Solara projects. For more about Global Green USA and the 2009 Global Solar Report Card, please see the Global Green USA site. Curious about solar power? 1-800-RECYCLING has your solar conservation information.