Hospitals Find a Cure for Over Usage

Some hospitals have caught on to the idea of converting to fully digital recording systems. 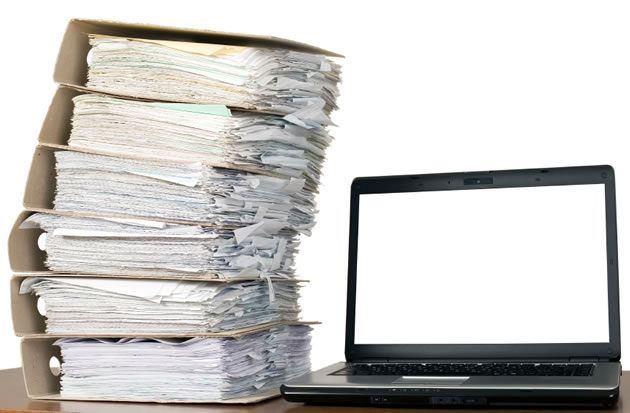 The medical industry is inundated with paper records. From the moment a person steps foot in a hospital or medical clinic, he or she is handed a stack of paper to fill out and sign. Once the person is admitted, the paper trail continues from doctors to nurses to agreements, disclosures, insurance forms and on and on. The amount of paper per patient can be astounding. Paper forms are easy to confuse, misplace and lose. Charts can be dropped, leaving the forms a mess, or they can be placed in the wrong slot, leading to an unwanted outcome. The amount of paper used in the medical industry is also harmful for the environment. Some hospitals have caught on to the idea of converting to fully digital recording systems. I was recently taken by ambulance to the emergency room at my nearby hospital and I was impressed on how much paper I didn’t have to sign. The medical forms, insurance questions and ambulance information were all computed and saved via computers and digital tablets. There were a few pages I had to sign when I was discharged, but that was about it. It’s not only paper forms that are being stored electronically. It’s anything from X-rays, to prescriptions and other tests being performed. For example, if a hospital does away with using film for X-rays, it will save money and avoid using a large amount of plastic to produce the film. Storing forms, documents and medical records digitally is safer, more efficient and easier to organize. In some cases, the records can be viewed online once a patient is discharged from his or her home computer — a process that would traditionally take time, effort and lots of paper. Raritan Bay Medical Center in New Jersey is making incredible strides in going completely digital. The hospital received a $3.1-million award from local energy company PSE&G to upgrade its systems. This hospital has the only 100% pediatric digital record recording system and estimates that it will save over $1 million in energy expenses over the next three years, according to the Environmental Leader. Other ways some hospitals have been attempting to cut down on the paper load is by installing recycling bins throughout the high-traffic areas of the hospital for employees and visitors to use. Some hospitals will go out of their way to find a shredding company that is committed to recycling the shredded paper. There are disadvantages of hospitals converting to digital data storage. One of the main concerns of some people is the safety of their information. Although a hospital’s IT department works very hard to protect sensitive information, the fear of a professional hacker gaining access to this vital information can be detrimental. Another concern is inaccuracy. Much like your credit report, inaccurate information can be acquired in your medical records if you have a similar name or address of someone else in the same hospital. It is always important to review all of your digital medical records on a yearly basis to identify any electronic mistakes. The most important players are in place: the government and the energy companies. Both are pushing for less paper and less energy usage in current U.S. hospitals. With these two vital forces behind change, it is sure to happen. Contact your local gas or electric provider and inquire about ways they are supporting the continual national transformation and cure of over usage.