The company is challenging its customers to reduce, reuse and recycle toward a 2015 company-wide goal.

My childhood ran from the 1980s to the early 1990s. I remember the Pepsi challenge against Coca-cola. Pepsi set up taste tests all over the country and asked people to choose the cola beverage that tasted better. Most of the time, Pepsi came out on top. This quickly became a central part of Pepsi’s marketing campaign and company focus. 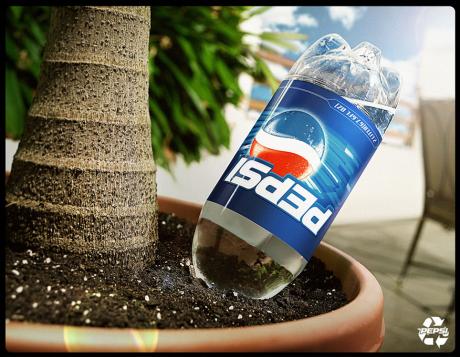 Recently, Pepsi announced a new Pepsi challenge, the Pepsi Eco Challenge. This time it is not based on marketing or competitors — it is based on recycling and the environment. Pepsi is making aggressive steps to place this new campaign at the forefront of its company and goals. The Eco Challenge consists of three aspects the company is committed to uphold and educate customers on: energy, water and packaging. Pepsi’s goals, recently announced, are to reduce water usage by 20%, energy usage by 20% and fuel consumption by 25% by 2015. Pepsi states that it takes 20 times the energy to make one new Pepsi can in comparison to using recycled aluminum. Pepsi is committed to use more recycled cans as its primary way of manufacturing cans. Currently, the average Pepsi can contains between 40% to 50% recycled aluminum, and its glass bottles contain a minimum of 25%. These numbers are a good start, and will continue to increase. The other aspect of Pepsi’s Eco Challenge is raising recycling awareness among customers. Pepsi’s bottles and cans are both 100% recyclable, so the company has done its part of the process. Pepsi is attempting to inspire more people to recycle by placing large containers in theme parks, public places and sports arenas where Pepsi products are sold. According to Pepsi, more than 150 billion Pepsi containers have been recycled since 1990. That has saved a lot of new raw materials. Remember, the recycling process begins with consumers taking the simple step of choosing to not throw away plastic and glass, but recycle it instead. While it is easy to criticize large companies, the power remains mainly in our hands.