Portraits Crafted Out of Old Buttons

For artist Lisa Kokin, the humble button not only fastens together the clothes she wears, but also provides a link between her personal and professional lives. 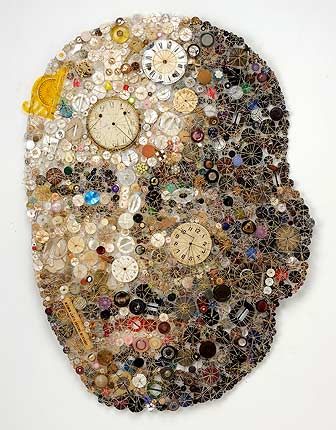 The daughter of two upholsterers, she was brought up surrounded by fabric, vinyl and foam rubber, making her at ease, from a young age, with the accouterments of the haberdasher. Having sewn since she was a child, the stitch plays an important part in her role as artist. 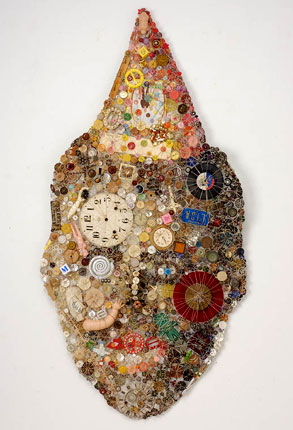 In her “button works,” Kokin realizes a family portrait primarily in buttons and thread. The work is a series of textural and colorful portraits that are abstract close up and representative from a distance. 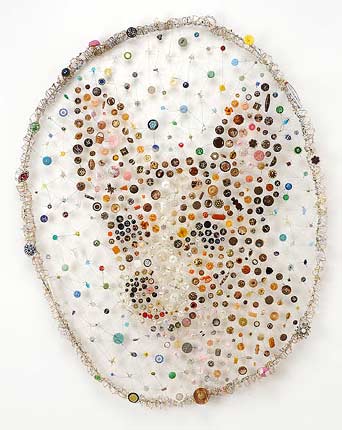 The roundness of the buttons, their different sizes, shapes and designs combine and contrast with the spokes of thread that stitch them together to produce a low-tech pixelated composition. 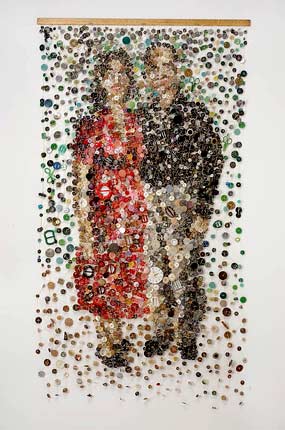 The pieces are impressive and beautiful in their own right: that their maker has repurposed the tools and emblems of her heritage to depict those closest to her — as she says, past and present, human and canine — makes them all the more effective. 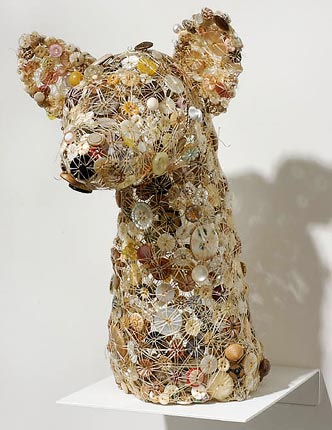 Yet, while the project began as a memorial to her father and grew to a family portrait, it later went on to embrace the less immediate. 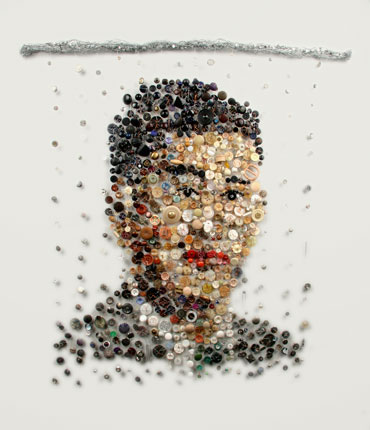 She was commissioned to complete a three-part composition of button portraits for a juvenile justice center depicting activists Rosa Parks, Cesar Chavez and Fred Korematsu. 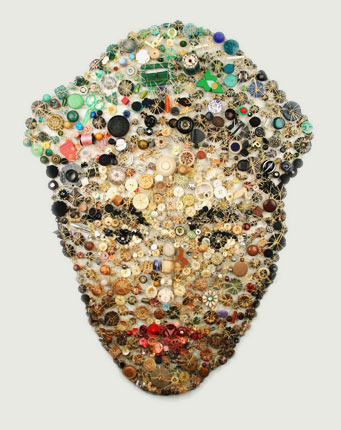 Shown is a selection of Kokin’s work. From June 4, 2010, Kokin will be presenting at a button exhibition in Paris.