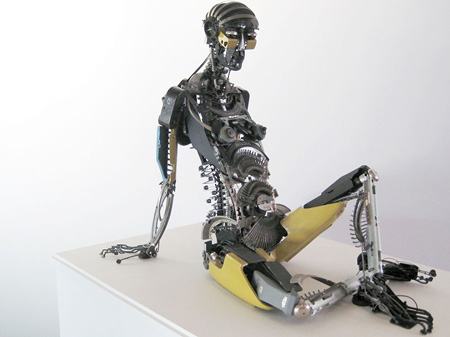 Resembling characters from an Isaac Asimov adaption, these intricate robotic forms created entirely from typewriter parts appear to take on anthropomorphic characteristics. The human-esque figures pose provocatively or stare solemnly into nothingness, while the pseudo insects and animals look as if frozen in mid-movement — quite an accomplishment considering every element is assembled without the use of glue, welding or soldering. 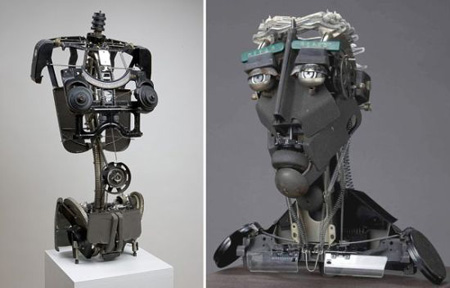 This fascinating work is a long-term passion for American sculptor and illustrator Jeremy Mayer. He gathers vintage typewriters, disassembles them and reassembles their parts to form detailed organic sculptures, inspired by the intricate drawings of Leonardo da Vinci and sci-fi luminaries William Gibson and Philip K. Dick. 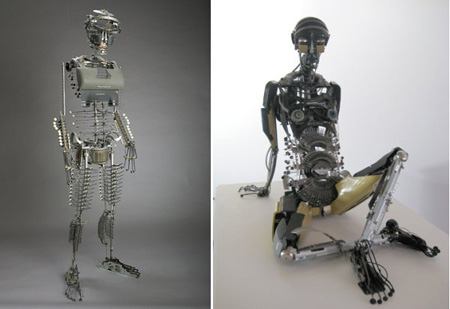 Mayer’s fondness for meddling with typewriters began at a young age, when an overwhelming urge to dissect his mother’s 1920s Underwood typewriter outweighed the need to keep its original state. And so — as happens with many scientifically prone boys — it was picked apart and inspected, analyzed and reorganized. 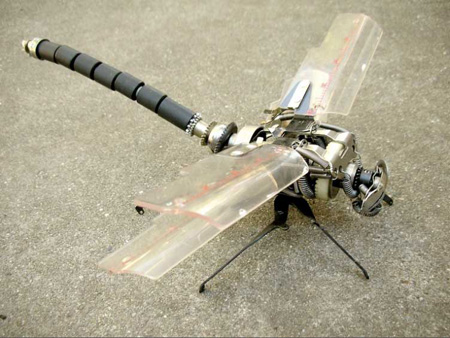 Since 1994, Mayer has been working with the metal machines, manipulating their fragments to conform to the ideas he has imagined. It takes about 40 typewriters and 1,000 hours to create a full-scale, anatomically correct human figure. During reassembly, Mayer tries to avoid bending, drilling or cutting the components, and he does not use wire wrapping, so it’s no wonder they take a while to construct. 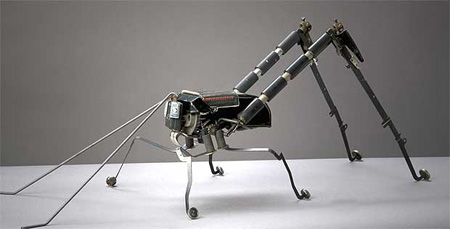 As well as an obvious enthusiasm for all things sci-fi, the sculptures convey Mayer’s interest in the increasing movement to emulate nature in technology. “I think of the typewriter as a product of nature — it was designed by minds immersed in nature around them, and mimicked the curves, geometry and physical processes abounding in nature,” Mayer says. “The typewriter is just as much a natural material as stone or wood. I concentrate on bringing this fascination with the raw material and interest in science and science fiction together in the subtleties of the human form.” 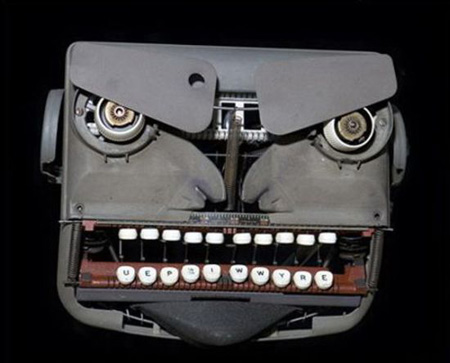 In his expert hands the cold metal is dexterously handled and shaped. Steadily, the old parts of a discarded typewriter are transformed into something that mimics life, and therefore appears real. Well, as real as the imagination allows.