Rather than just leaving phone books to rot in the gutter Alex Queral decided to recycle them — by turning them into works of art! 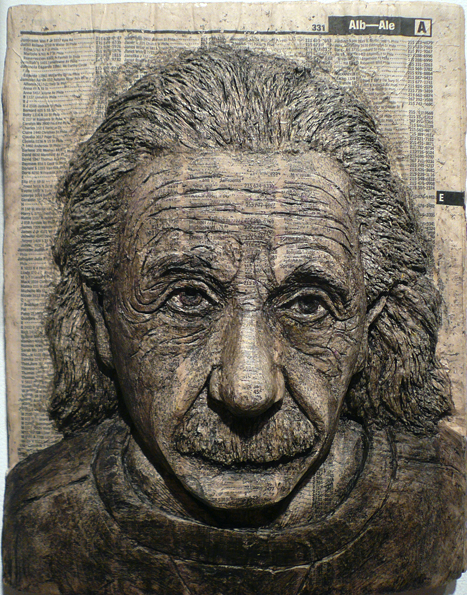 When Alex Queral saw a pile of unwanted phone books 14 years ago, he was hit with a flash of inspiration. Rather than just leaving them to rot he would recycle them, using them as the basis for works of art by carving portraits out of them. 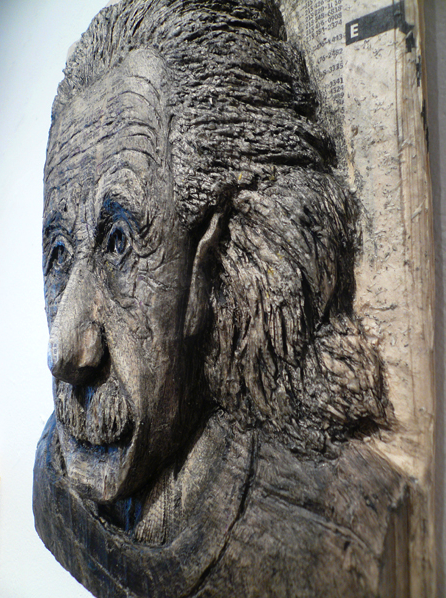 Ever since, the artist has made up to two carvings a month, with subjects including Barack Obama, Clint Eastwood, the Dalai Lama and the Beatles. 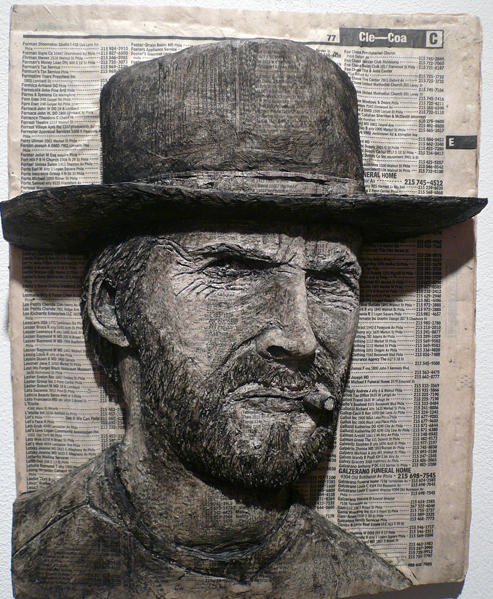 Explaining how he got started, Queral told The Telegraph: “I’m sure a lot of hard work goes into recycling [phone books] but there are thousands that go unused at all because most people just use the internet to find people these days.” 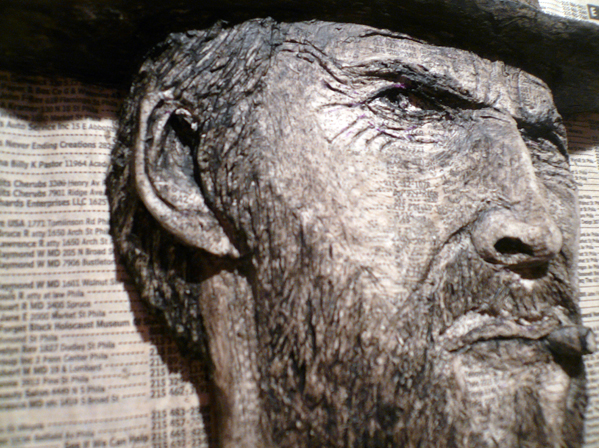 “I was out looking for wood to make a sculpture one day and I noticed a huge pile of them on the pavement. I suddenly thought they would probably make a pretty good material for carving, so I gave it a go.” 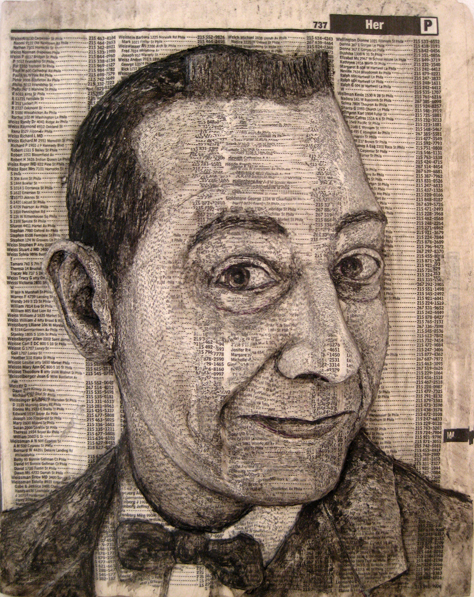 The medium emphasizes the reuse of abandoned materials as well as the extraordinary human individuality emerging from the vast numbers of names listed in the phone book. 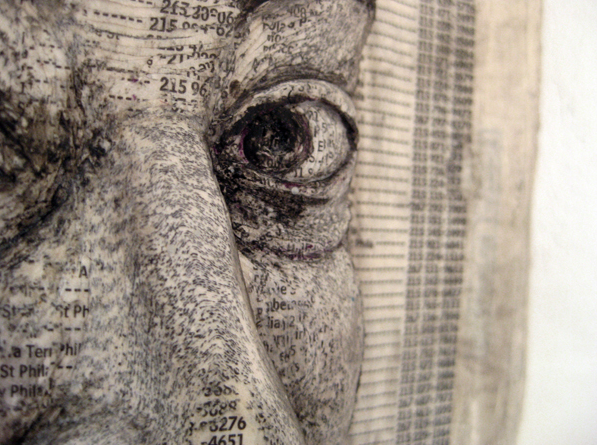 Queral, 51, who lives in Philadelphia, told the Projects Gallery: “In carving and painting a head from a phone directory, I’m celebrating the individual lost in the anonymous list of thousands of names that describe the size of the community. In addition, I like the idea of creating something that is normally discarded every year into an object of longevity.” 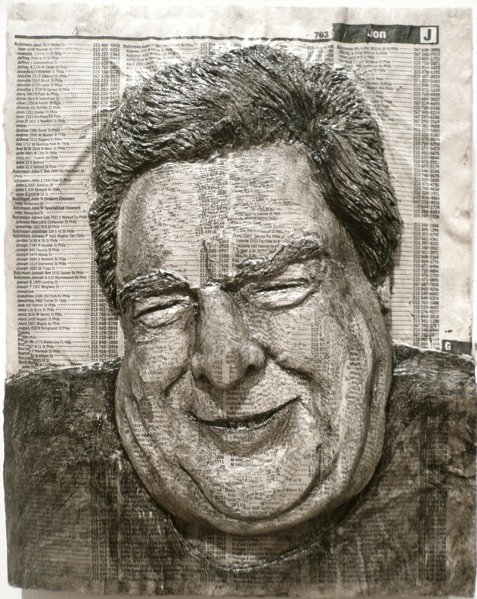 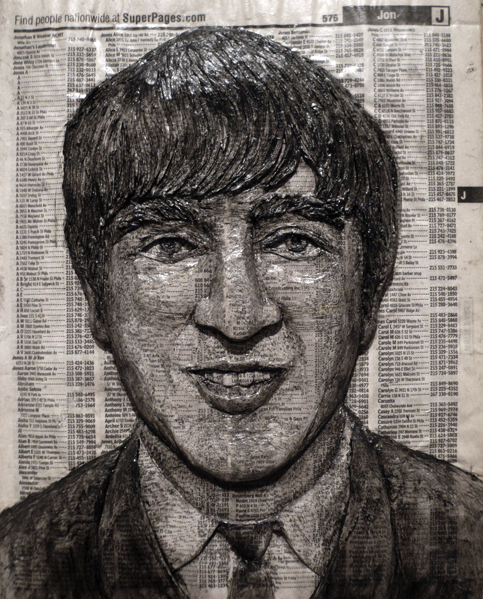 Queral, who studied fine art at the University of Pennsylvania, says that he particularly likes subjects who have odd or unusual facial features (meaning that they particularly stick out); some of his favorites include John Candy and Jack Nicholson. 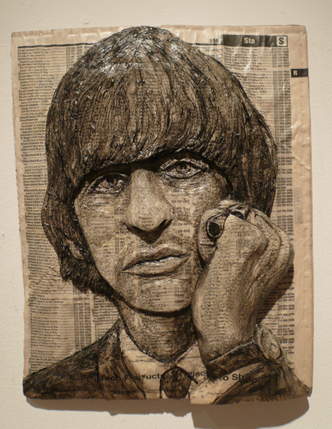 However, making mistakes in the painstaking procedure can be disastrous. Queral told The Telegraph, “Nearing the end of the carving and then suddenly having it ruined by a careless cut can be pretty crushing. You have to start all over again.” 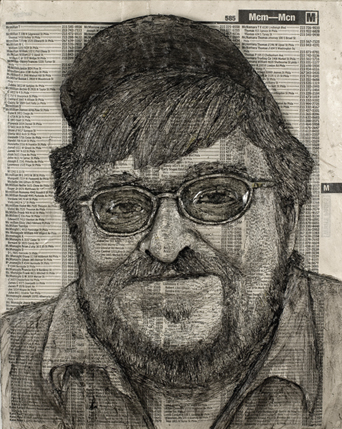 Alex Queral’s “He Was So Right About Bush” (Michael Moore). Photograph: Projects Gallery