Lying less than 20 miles from the Chernobyl nuclear reactor, and filled with wrecks irradiated by the accident, this is one of the strangest junkyards in the world. 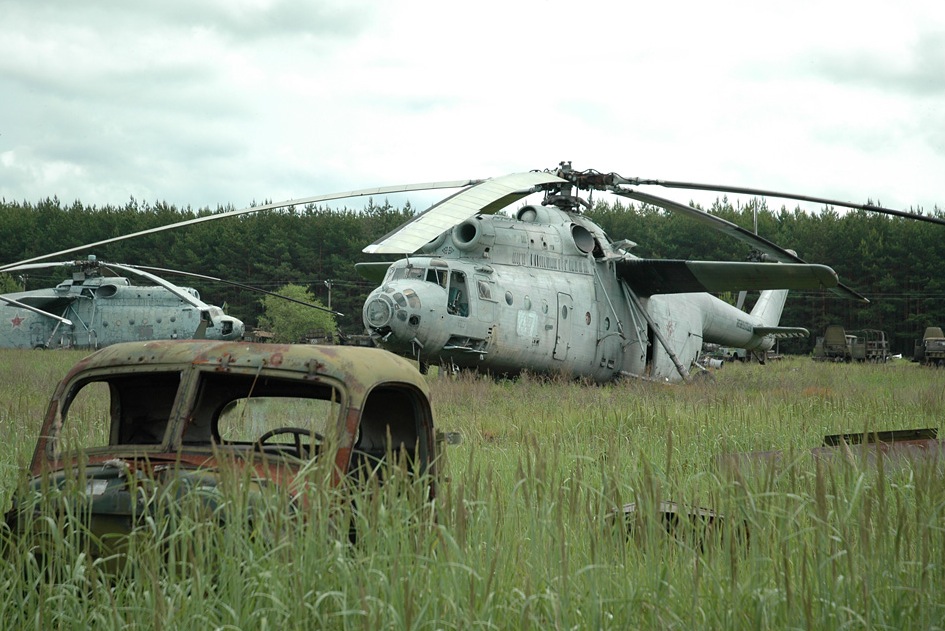 This eerie setting is not quite like any other junkyard — these are the rescue vehicles left behind by the Chernobyl nuclear disaster. They are so saturated with radiation that they can never be used again, so they have been abandoned to rust in this huge, kilometer-long scrapyard. In fact, this is one of those rare times when recycling really is not a good idea. However, terrifyingly, anecdotal evidence suggests that the scrapyard has started to be used as just that. 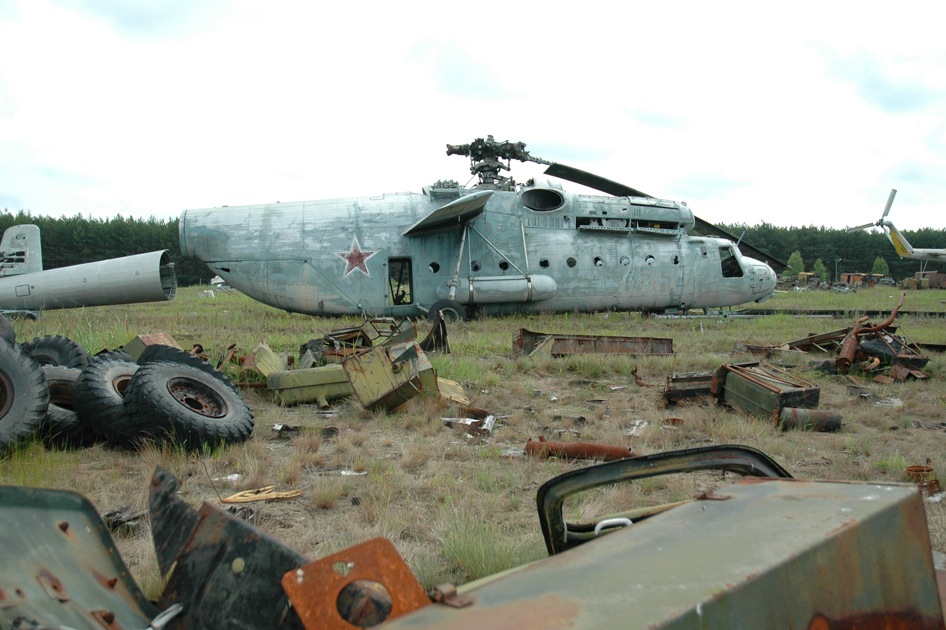 Nearly 25 years after the accident took place, these wrecks still throw off up to 30 roentgens an hour — approximately one-third of the amount needed for a lethal dose after prolonged exposure. Now they sit in a field in Rassokha, 25 km southwest of the power plant. 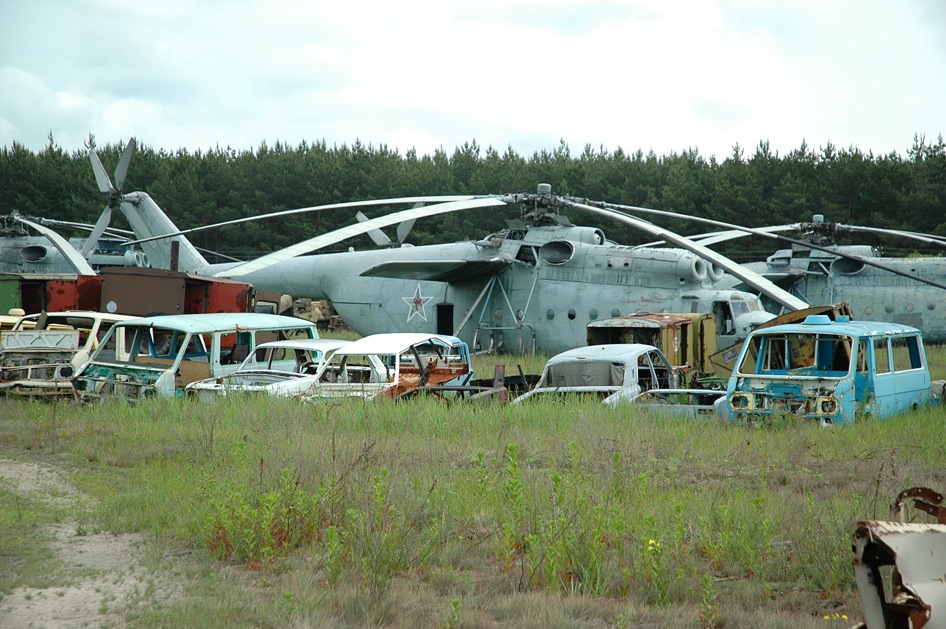 To prevent the spread of irradiated material, there are strict criminal penalties against looting in the Chernobyl Exclusion Zone, which does not retain normal civil rule. Despite this, year by year, the assembled mass of metal apparently diminishes, suggesting that parts are illegally being hauled off for sale — despite the fact that they carry a potentially deadly level of radiation. There have even been suggestions that some of the machines are being shredded for scrap, while many of the cars appear to have had their engines removed. From April 2008, the government banned all access to the junkyard as a preventative measure. 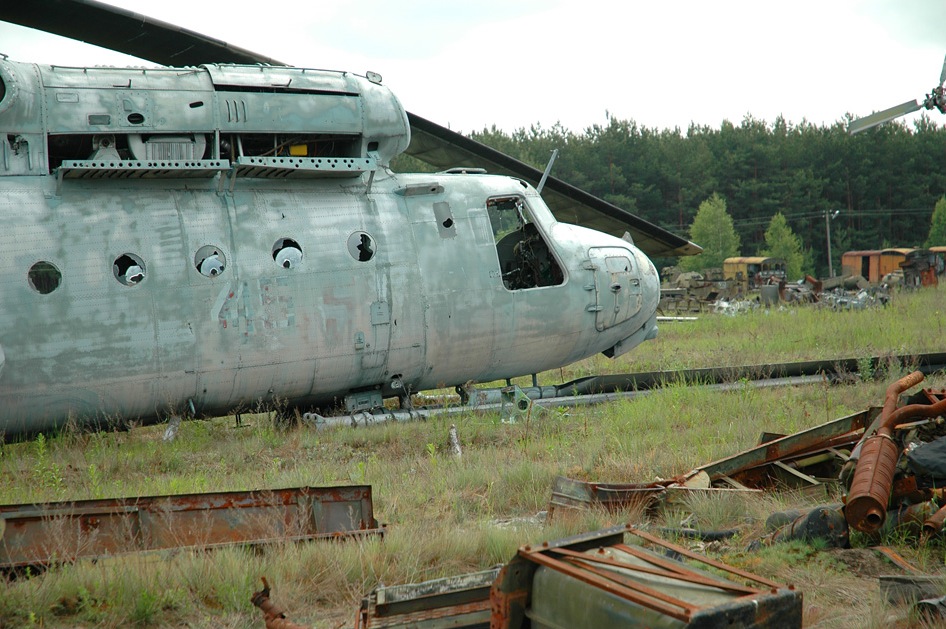 It was 23 years earlier that this threat was created. When reactor number 4 of the Chernobyl nuclear power plant exploded in the early hours of the morning of April 26, 1986, these were the vehicles that were sent to fight the ensuing fire and to contain the crisis. 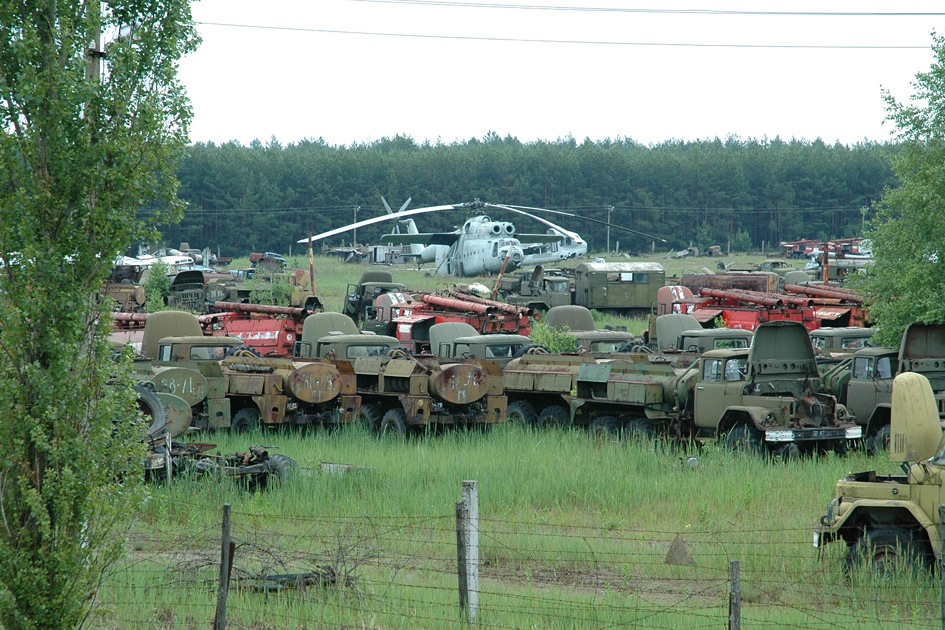 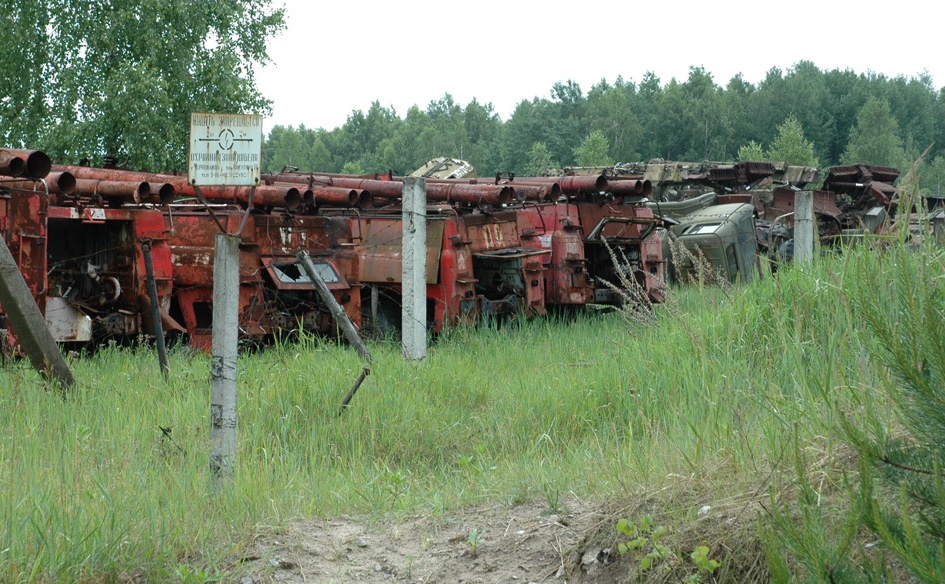 Hundreds of firefighters were called to control the blaze, while helicopters dumped some 5,000 metric tons of sand, lead and clay onto the flames in the hope of dousing them. 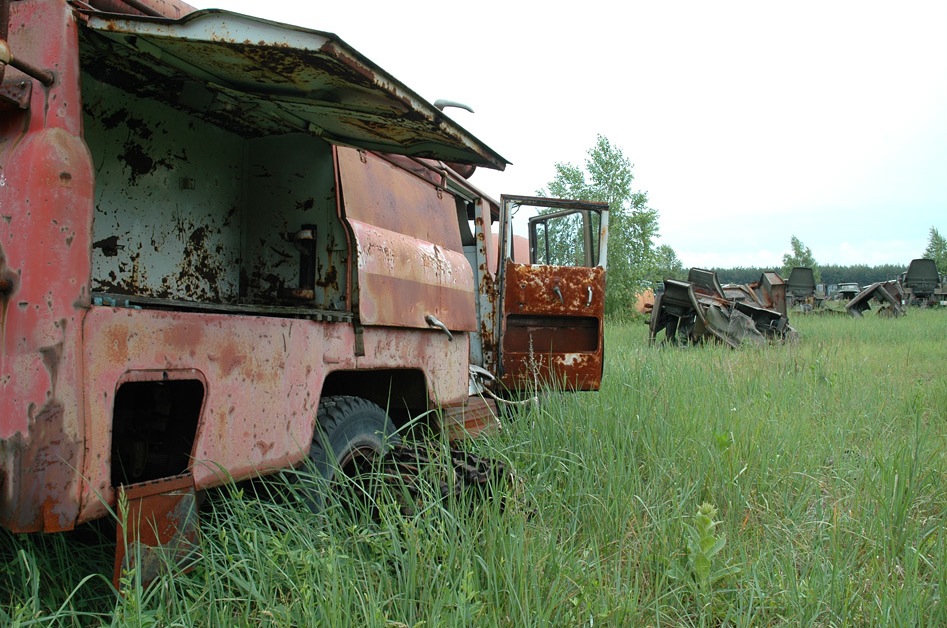 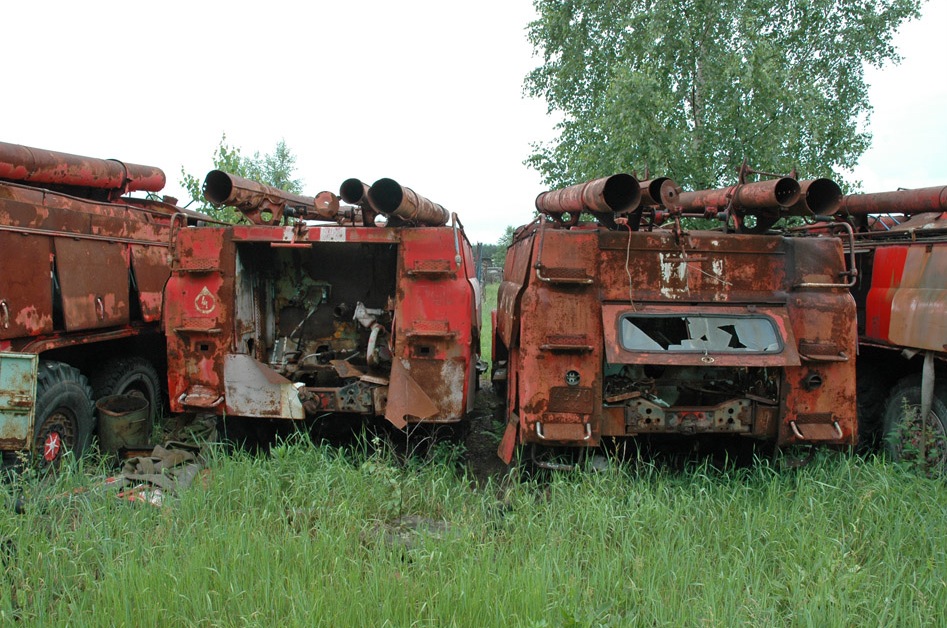 It was this fire that propelled the radioactive fallout into the atmosphere and over the entire region. From cars, vans, ambulances, buses and fire trucks, to Soviet heavy transport helicopters, all the vehicles you see here were exposed during the containment of the disaster and the subsequent cleanup. 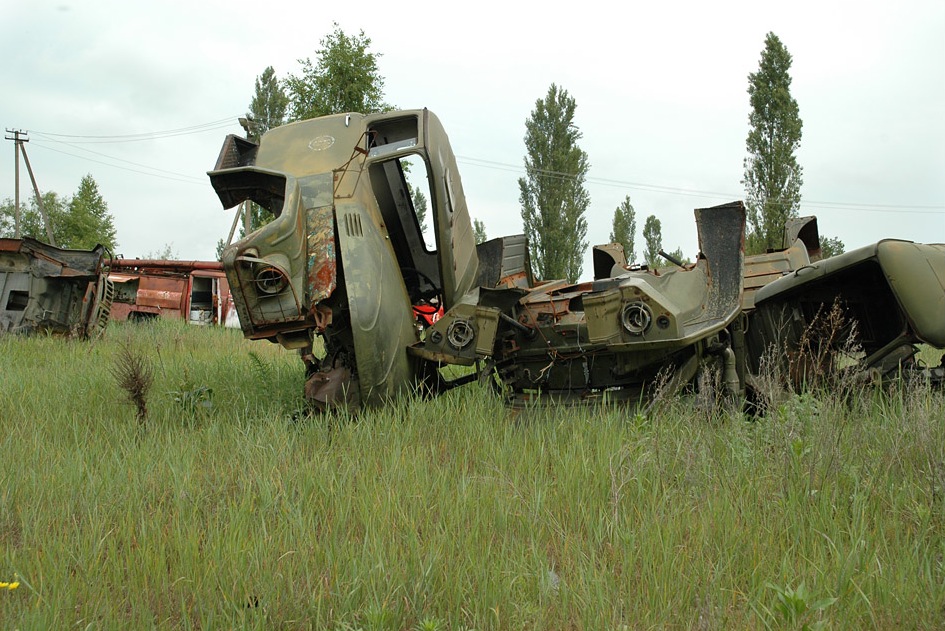 With the fire contained, heavily protected liquidators were brought in to collect the worst of the radioactive waste and to build a vast concrete sarcophagus around the power station core, thereby limiting the radioactive leakage. Even in protective clothing, these workers were only able to spend 40 seconds at a time working on the rooftops of the buildings around the power station before receiving a dangerous level of exposure. 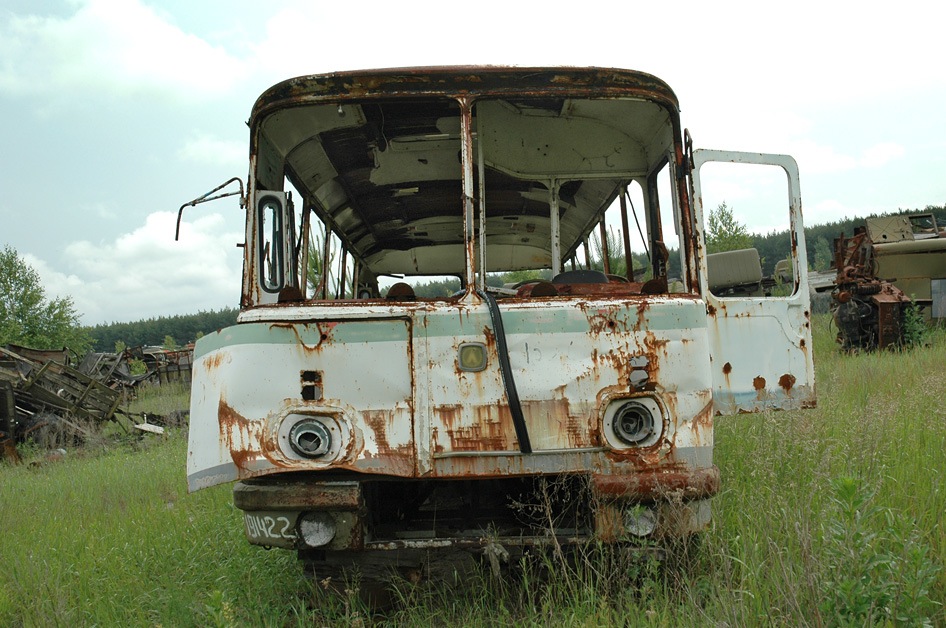 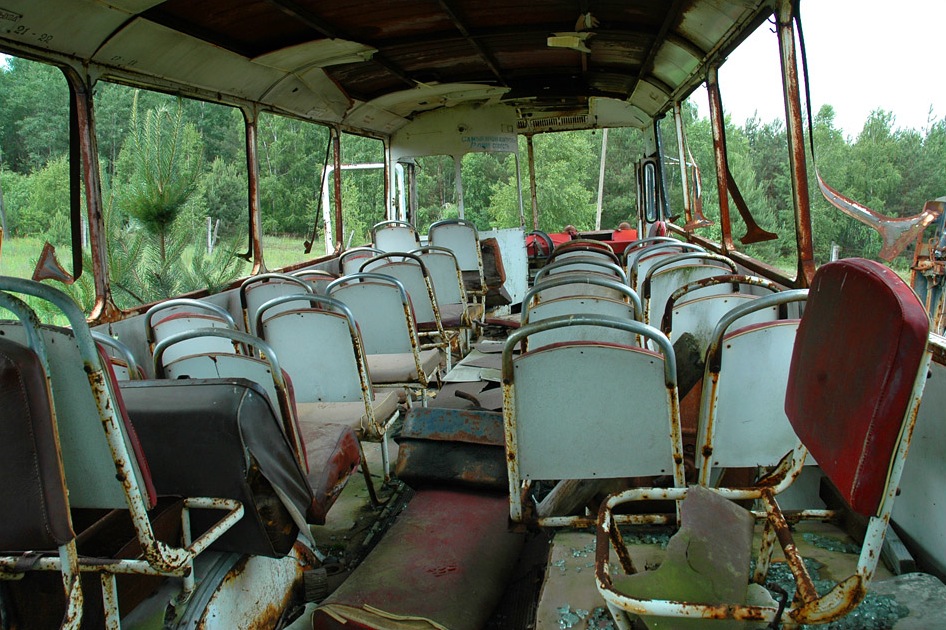 Meanwhile, 40 hours after the crisis began, the residents of the nearby city of Pripyat were evacuated, having been told that a minor accident had occurred at the power station and that they would be able to go back to their homes in three days. In fact, most of the 135,000 people who were resettled outside of the zone have never been able to return. 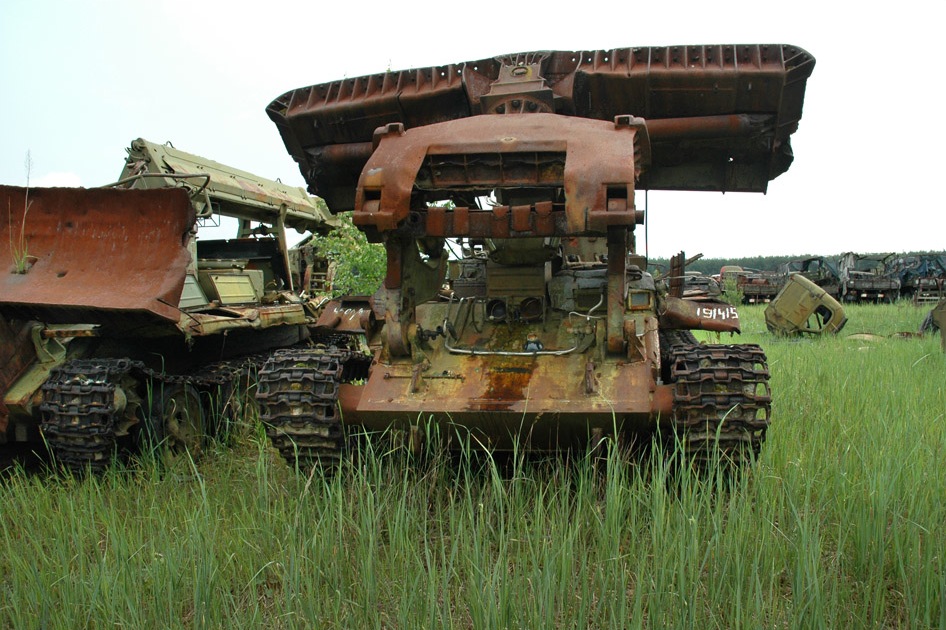 Now the cities of Chernobyl and Pripyat, which had been built to house the power station’s workers, are amongst the largest ghost towns on Earth. Pripyat even has a fairground and Ferris wheel, which had been planned to open four days after the town was evacuated. 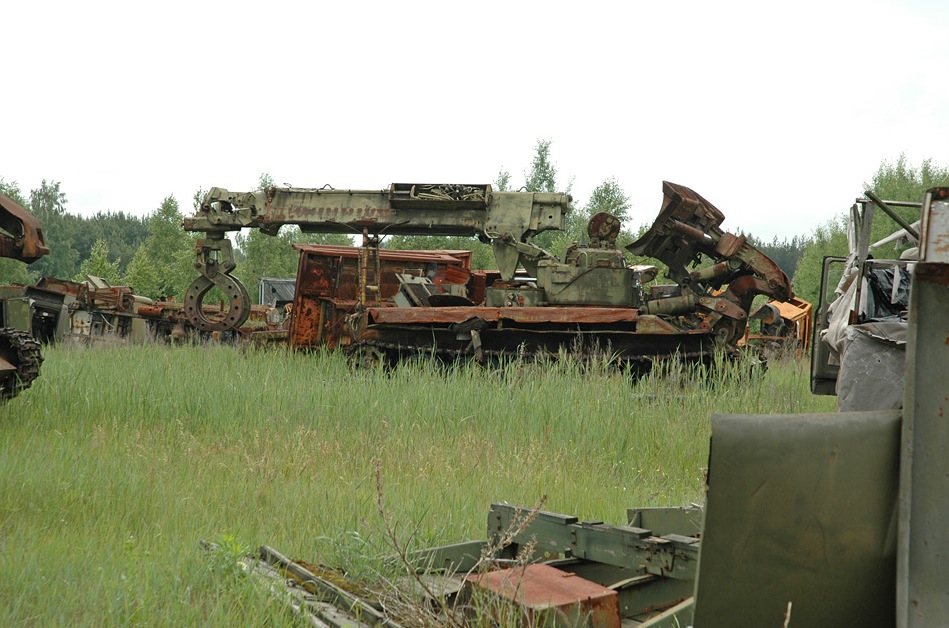 At present, some 400 people live in the exclusion zone, also known as the Zone of Alienation, despite the fact that radiation levels in the surrounding area are ten to 100 times higher than normal background radiation levels. Several thousand people still work in the zone, and the abandoned nuclear plant remains under close observation to study the effects of the fallout. 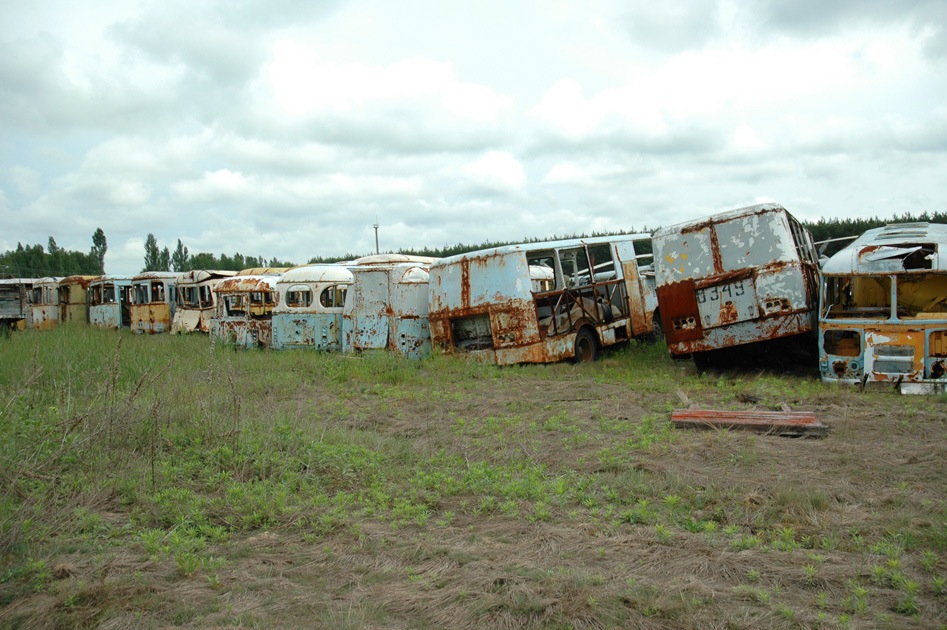 Today, you can even take guided tours of parts of the exclusion zone, and in recent years people have been able to visit the junkyard — though visitors are advised not to collect any souvenirs. When the residents of Pripyat were evacuated, they were told not to bring luggage, meaning that nearly all of their possessions remain in their homes. 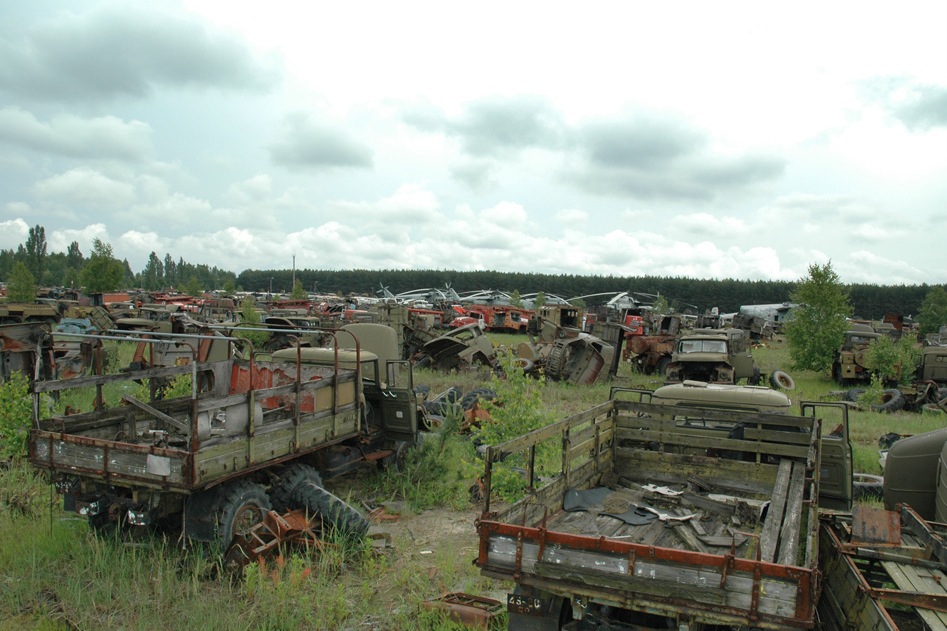 In the meantime, Chernobyl survives as a terrible lesson from history, proving that we are able to poison the earth just as readily as we are able to preserve it. All photographs by Jani Karvonen and used with permission. Sources: 1, 2, 3, 4, 5