Giant Mushroom Cloud Made from Pots and Pans 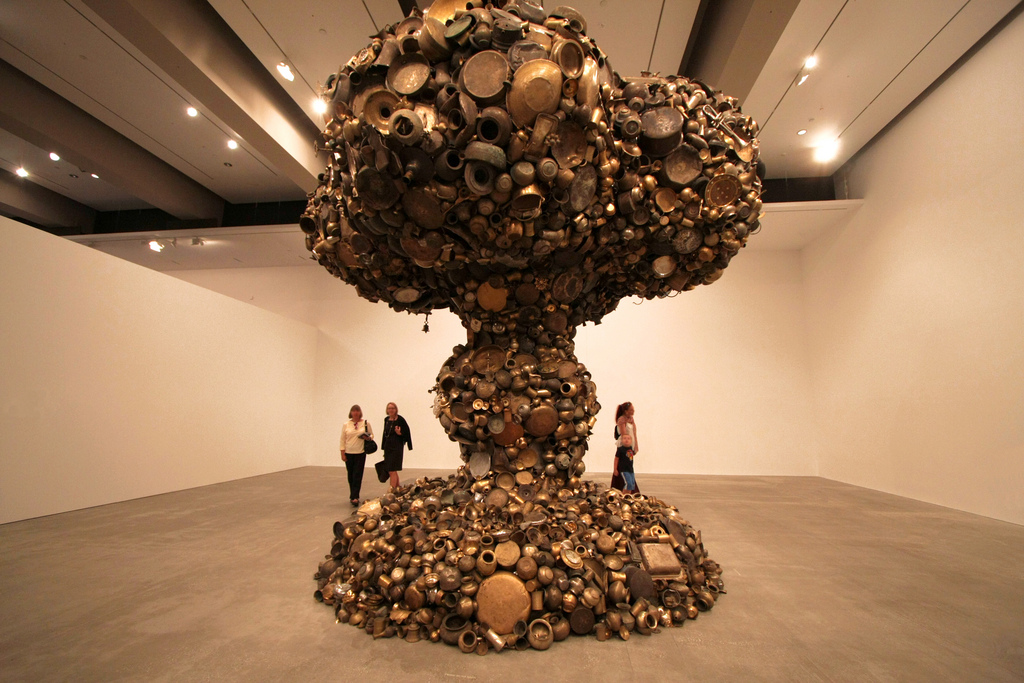 India’s hottest contemporary artist is Subodh Gupta, creator of an apocalyptic sculpture that resembles the immediate aftermath of an atomic explosion. It garnered enormous interest when displayed in the Tate Gallery in the U.K., possibly because it is composed entirely of used kitchen utensils. Gupta has been called the “Damien Hirst of Delhi.” Like Hirst, he loves to create skulls in artistic forms, but unlike his British peer, pots and pans are brought to bear in the formation of many of his masterpieces.

Another view of the Australian Sculpture 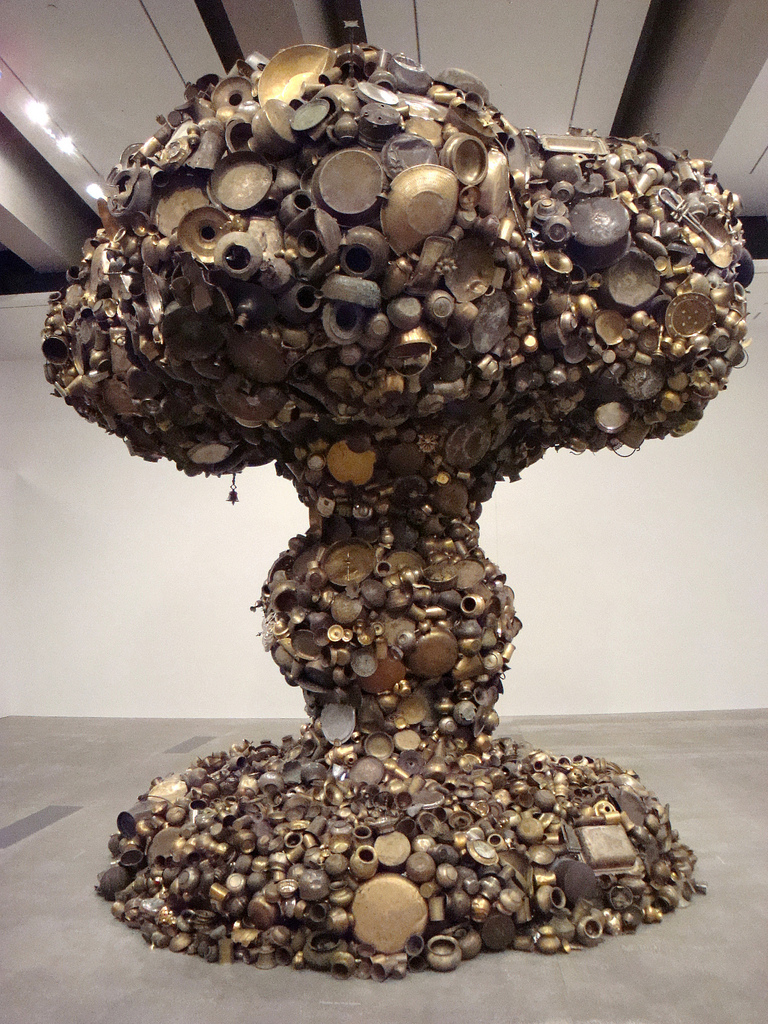 Gupta’s art has been described as swaggering and exuberant. This enormous mushroom cloud, constructed from his trademark stainless steel pots and pans and shown at Tate Britain’s “Altermodern,” raised a lot of eyebrows. So too did the huge skull, titled “Very Hungry God,” bought by French billionaire François Pinault, and displayed outside Palazzo Grassi at the 2007 Venice Biennale. 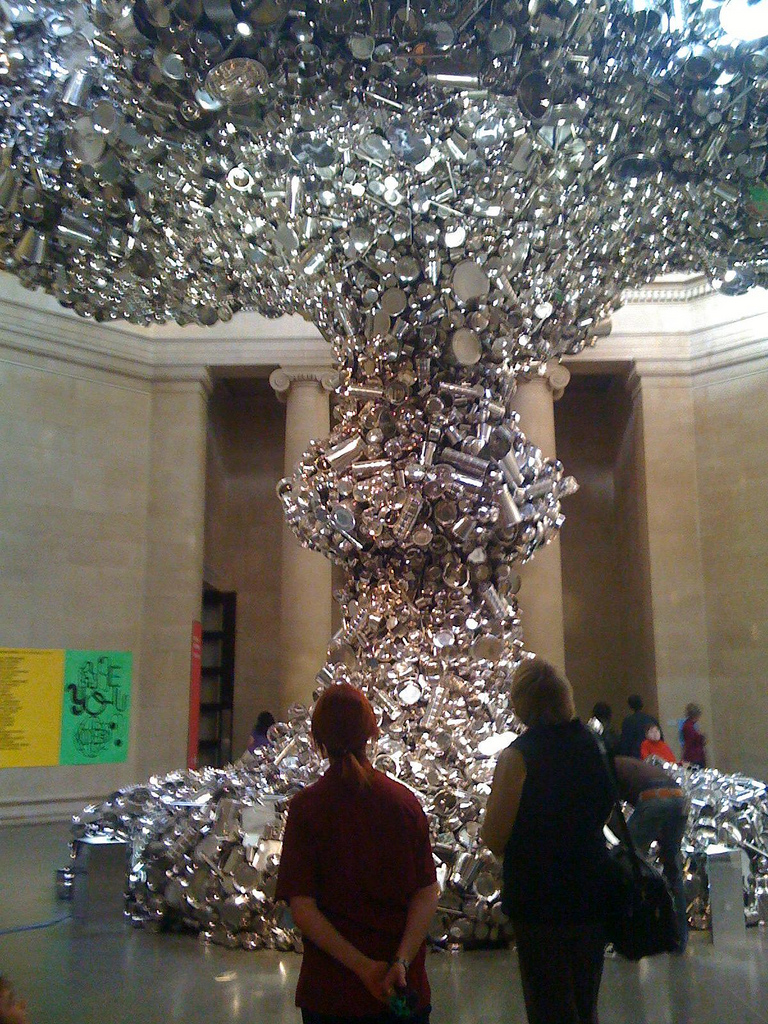 Gupta sees everyday objects as ready-made art. Pots, pans and squat stools from his childhood all recall the artist’s humble, rural roots. Raised in the poor and violent northern Indian province of Bihar, he spent his formative years as a set designer and fabricator as well as an actor. This early creativity is reflected in his art today, from sculpture and painting to installation, photography, video and performance works. He says of his passion for using such unlikely objects in his paintings and sculpture: “All these things were part of the way I grew up. They are used in the rituals and ceremonies that were part of my childhood. Indians either remember them from their youth, or they want to remember them.” 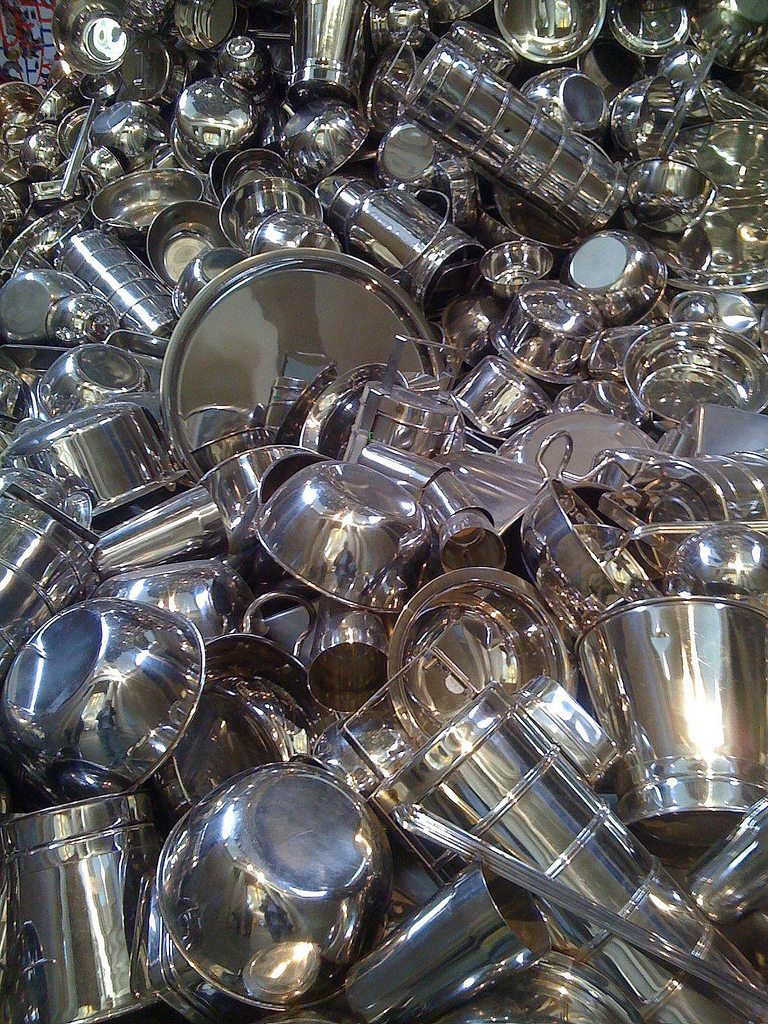 The British public can see Gupta’s art now at Gateshead’s Baltic Gallery, with a newly installed sculpture of a “kitchen city,” another huge creation featuring a stainless steel sushi belt transporting metal bowls around a landscape of cooking utensils. Built in Singapore for $100,000, the installation is so large it took five people to set it up, and it could easily sell for 10 times the cost of its construction.

Another view of the Tate Version 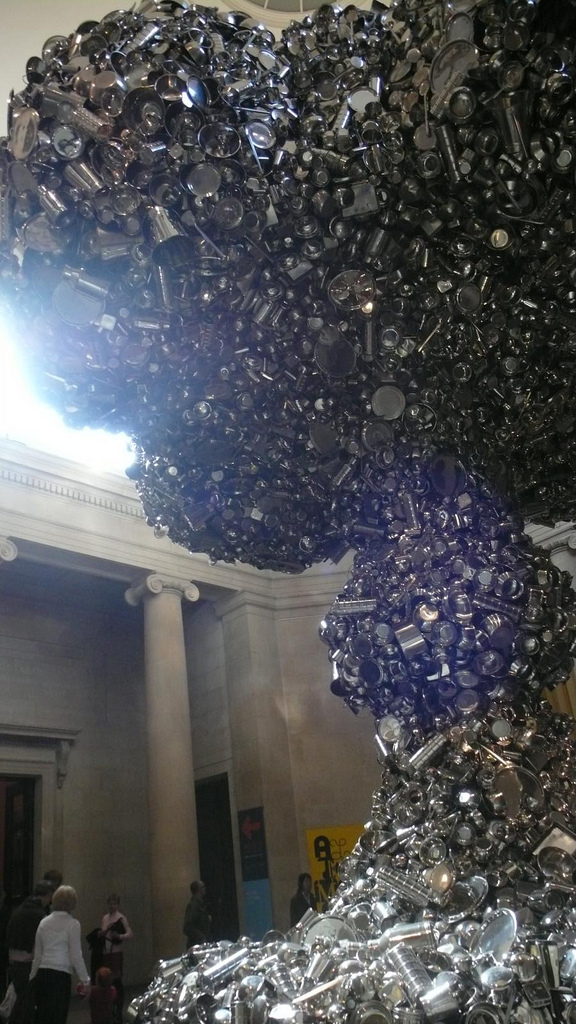 Married to fellow artist Barti Kher, Gupta is the more famous of the pair. In 2009, London gallery Hauser & Wirth sold two versions of his “Mind Shut Down” piece for €1 million each. Kher and Gupta both featured in the Serpentine Gallery’s recent “Indian Highway”exhibition, and Kher has her own solo debut with Hauser & Wirth in 2010. Gupta had previously exhibited a brass and copper version of “Line of Control” in Australia in 2008 (pictured top).

Another view of the Tate Version 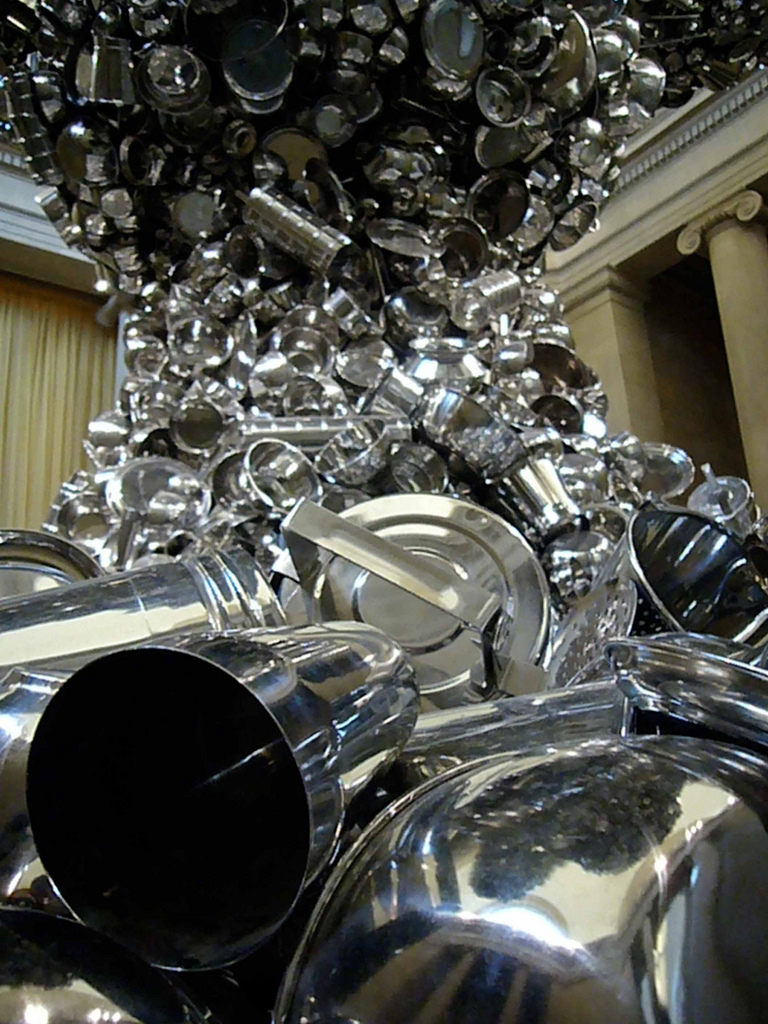 There is little doubt that Gupta makes unforgettable statements with his stunning sculptures. The spillage of utensils from a giant bucket or tin cans bursting massively out of doorways are yet more prime examples of how dramatic his art can be. This is, however, is only a small sample of his prodigious talent. Look him up elsewhere online, and prepare to be blown away.