Seas of Rubber: The Truth About Tire Recycling

Seas of used tires make an awful spectacle, but what becomes of our tires when they are no longer roadworthy, how many are reused and for what purpose? 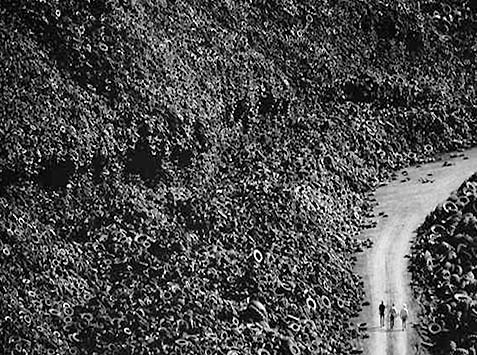 Worldwide, efforts are underway to address the issue of used tires. Tires are not biodegradable, so they need to be recycled and repurposed rather than discarded. Seas of tires still exist in dumps around the globe, but progress is being made in dealing with the problem. Magnum Recycling USA, Inc., a subsidiary of Magnum D’Or Resources, Inc., is located northwest of Hudson, CO, at the site of the world’s biggest tire dump. Currently, Magnum has over 30 million tires awaiting treatment and plans to recycle or process the entire stock within a few years. 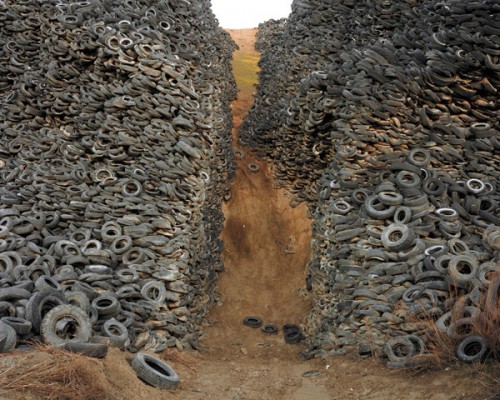 The problem of scrap tires is far worse in the USA than in Europe. In the USA, an estimated 300 million tires are disposed of annually, a figure that is absolutely staggering. Several states have already taken steps to get rid of all tire dumps. West Monroe, in New York state, was home to the Fortino Tire Dump, where 11 million used tires were stored. It was the largest of 102 dumps in the state, and was finally cleared in 2009 after the state spent $81 million on the clean-up operation. 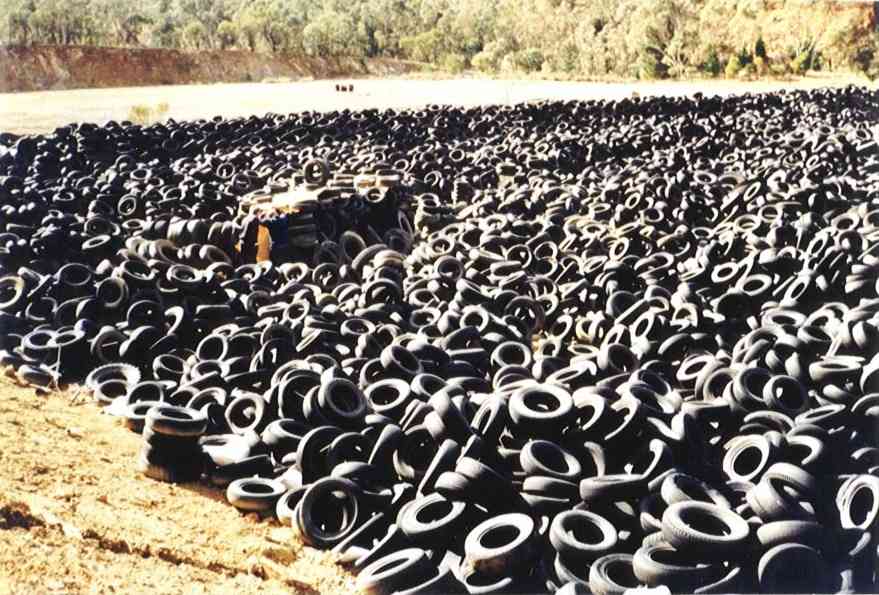 One way in which tires are used is as a fuel source for generating power, but this is very inefficient, not to say questionable in terms of emissions. Incineration occurs at higher temperatures than coal and produces 25% more energy, but since burning a ton of tires produces almost the same amount of carbon, it is hardly eco-friendly. Even though incineration happens under carefully controlled conditions and is used to supplement traditional fuels — helping to reduce dependence on fossil fuels and keep scrap tires out of landfills — it is far from ideal. Thankfully, however, there are currently several ways in which tires are recycled. One use is in creating rubberized asphalt for highways. According to the EPA, 7.4 million tires were ground and used as a component in new highways in 2005. This not only recycles scrap tires, but also lowers the cost of highway construction. 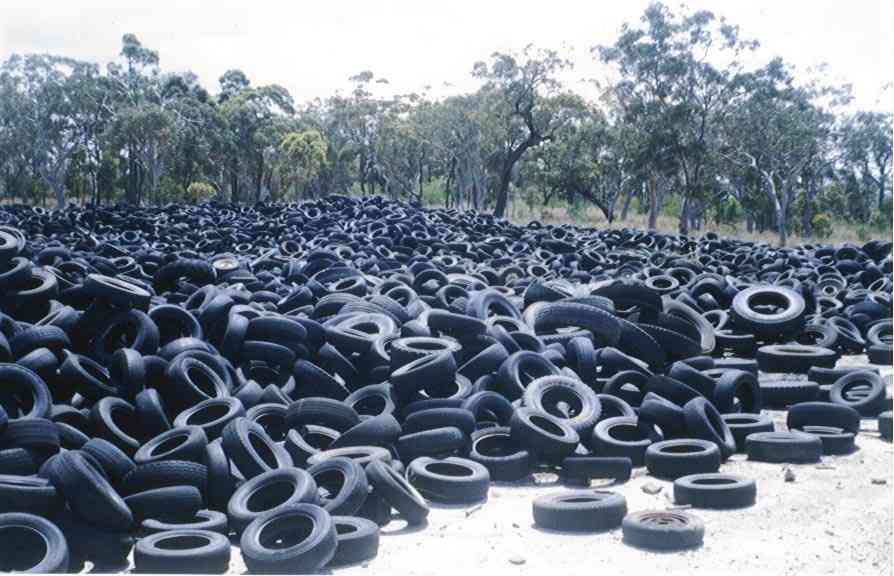 Growing markets exist for a majority of the scrap tires produced every year that are supported by state and local government. Tires are also often recycled for use on basketball courts and in new shoe products. Other programs turn tires into ground rubber or rubber shreds, used to create ground cover for playgrounds, backfill for civil engineering programs, garden mulch, erosion control barriers or drainage foundations around buildings. 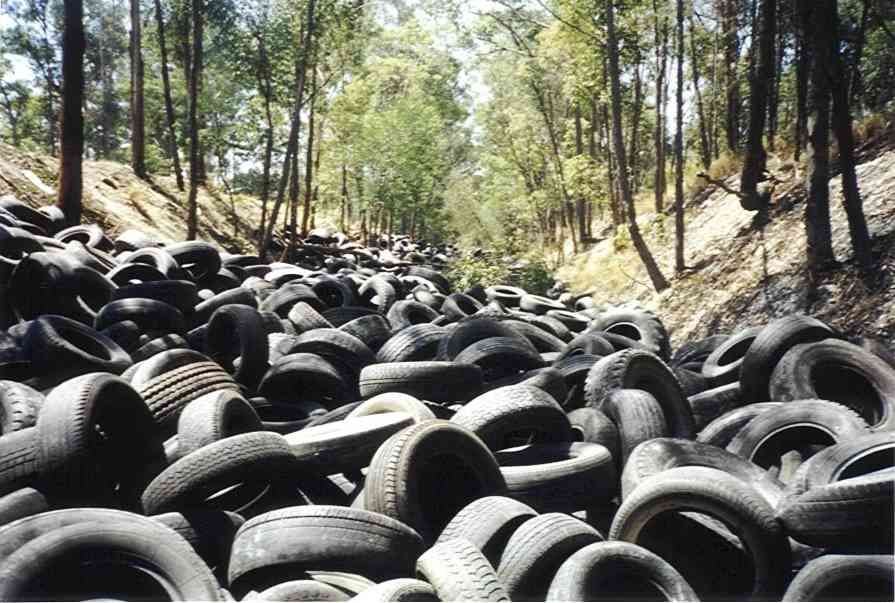 Forty million tires are used every year in the U.K., of which 25% go to be retreaded. Some 30% go to landfill and most of the remainder are burnt. Government policy, wrongly it seems, is to incinerate where possible, but happily there is a strongly growing trend toward recycling far more old tires. The uses of the rubber recovered from the recycling processes are myriad — everything from carpet underlay to shoe soling, from road construction to resurfacing of sports and play areas. The tires are either shredded or reduced to a fine crumb, which is then sold to be used in a variety of applications. There are many more companies becoming interested in such practices, and in Germany everyone who buys a new tire pays a small tax that is levied to help pay for tire recycling. Austria, Belgium, Denmark, Finland, France, Germany, Hungary, the Netherlands, Portugal, Slovakia, Sweden and Norway all claimed 100% diversion of tires from landfill, but in terms of tires being recycled, the U.K. leads the way. 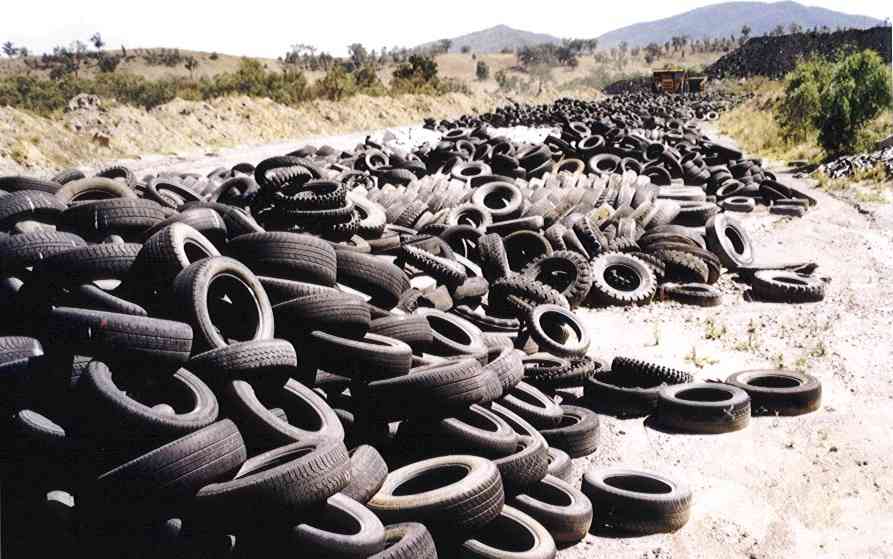 Germany, notwithstanding its tire tax innovation, is the leader in burning waste tires — recovering energy from 321,000 tons of used tires in 2006, more than all the other EU countries combined, but unfortunately pushing much more pollution back into the atmosphere. In the not so distant future, the rapidly rising economies of China and India will also create waste tire problems for their respective governments. Not only are these the fastest growing economies, but they are also the most populated. The annual consumption rate of rubber in China and India is certain to grow, and by 2020, it is anticipated that there will be a worldwide deficit in the world’s rubber supply. Many old tires have been weighted down and used to create artificial reefs for sea life in Asia and Australia. Others are roped together in long lengths to provide flood defenses in the USA. Yet no matter how many ways people find to make use of tires, old tire dumps still spring up around the world. The message seems finally to be getting through that this problem needs to be addressed, but do we still have enough time?