Paul Villinski creates angels’ wings from old gloves that he finds on the streets, with amazing results! 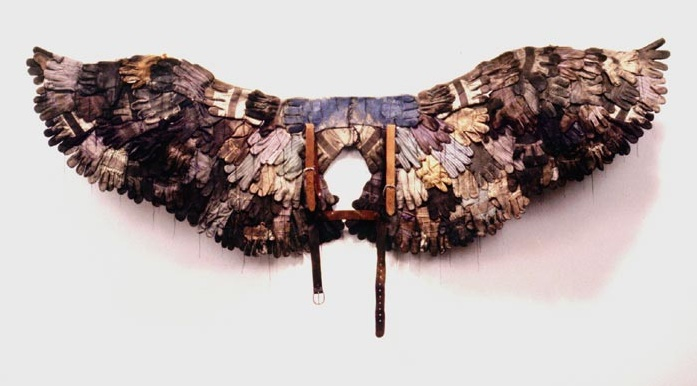 At once angelic and earthly, Paul Villinski’s Glove Wings are certainly an awe-inspiring form for recycling to take, transforming the ordinary into the otherworldly. 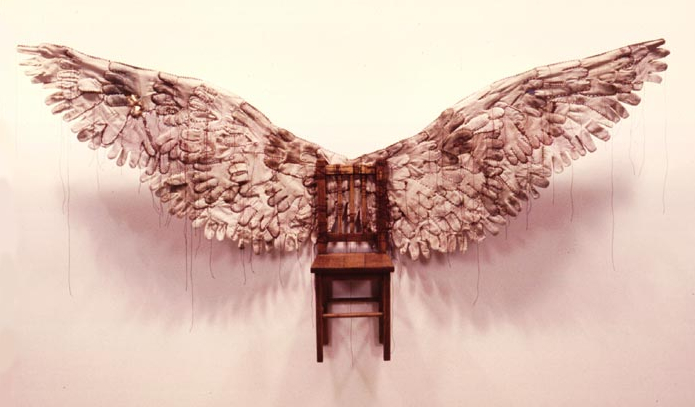 Constructed from gloves found on the streets of New York, the pieces transcend the mundane origins of their components to become amazing works of art. Imbued with a feeling of the supernatural, the gloves stand in for feathers in the designs and in each case it seems as if the sea of hands is primed to lift the wings into the air. Each glove is interwoven into those around it, taking on a new purpose and a new form from the one that it was originally designed for. 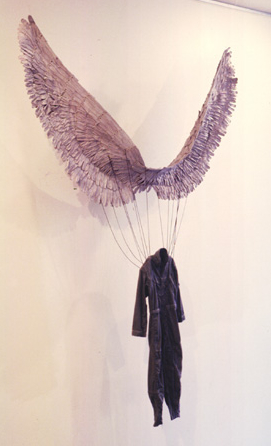 Utilizing seats and harnesses, there is a contrary sense that there is a figure missing at the center of each sculpture, almost as though, more like parachutes, they are worn, functional flying devices that might be piloted by air aces rather than being worn by angels. 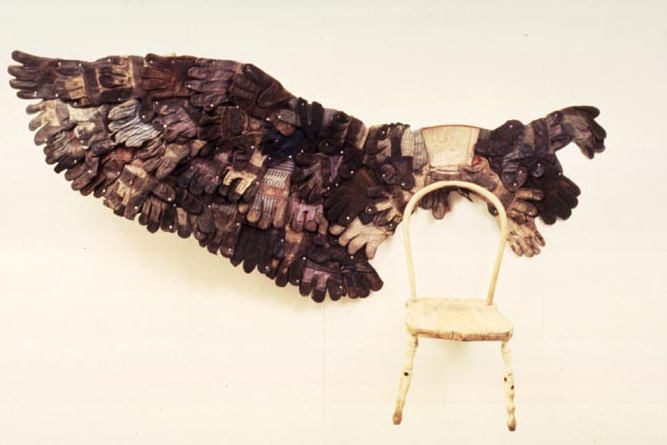 According to Villinski, the gloves form “A human fabric. Wings (fingers become feathers): for the struggle against gravity, for ascendancy and flight in all senses.”

He adds, “The pieces are obsessively handmade. Entwined. Hand stitched. They are about handwork and restoration and connectedness. Once they lie melancholic, now they are hopeful.” 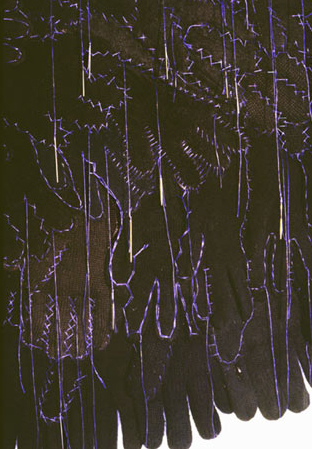 Whether they are leather or cotton, Villinski finds most of the work gloves that he uses in his industrial neighborhood, lost after having seen “untold hours of labor” — to which he has added his own, in the transformative process, consuming the object in the piece. 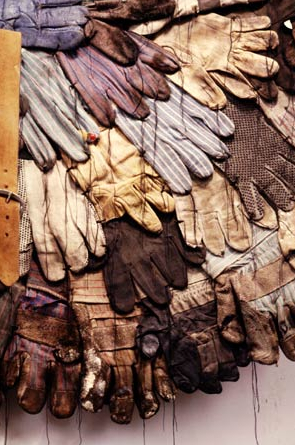 In fact, the gloves also stand in for the people who once wore them. Villinski describes them as an “informal census, a demographic of detritus” assembled by picking up gloves “from all ages, classes, occupations, races. Gloves from all walks.” 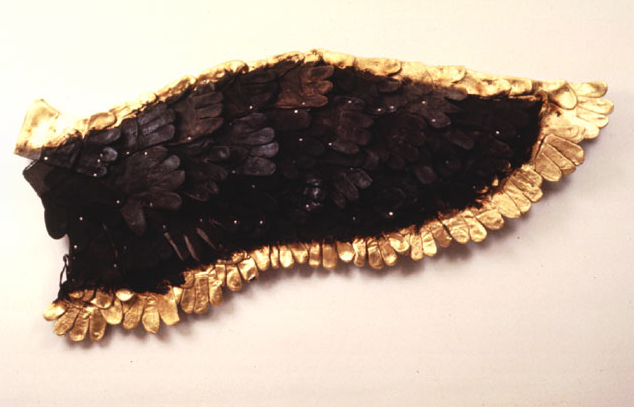 He says that the sculptures represent, “images of community, ascendancy, comfort, hope and longing.” The gloves fundamentally symbolize hands coming together to pool their strength for the common good. 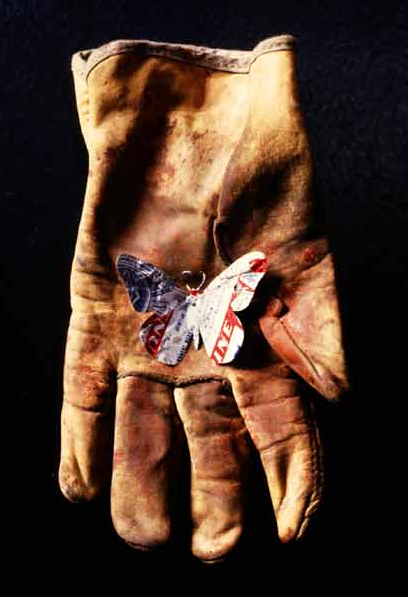 The themes of transformation and flight are present throughout Villinski’s work, as materials are transformed into new shapes or are shaped by their ascendancy, and it is perhaps no coincidence that the artist is a licensed glider pilot and a keen paraglider. His other projects include a series of installations of butterflies made out of old vinyl records and birds and tiny airplanes crafted from abandoned beer cans. He has displayed his work in numerous museums and in many cases his work is arranged around the environment that it sits in. 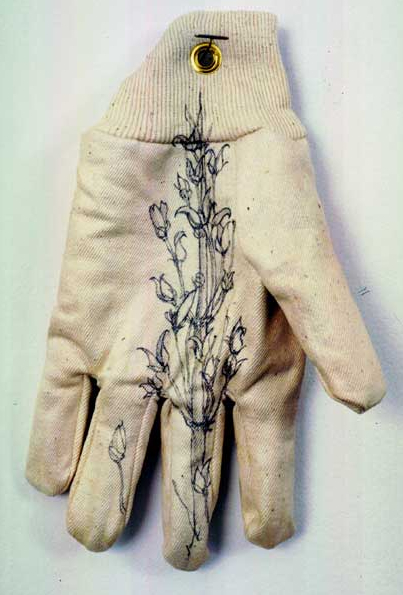 The artist says he is drawn to work with “evocative materials,” allowing them to recall their previous use and personal history, allowing the materials to decide the shape that they will take as they are worked into a new shape. Pictures used with the permission of Paul Villinski.