When Recycled Coat Hangers Take on a Life of Their Own

Do coat hangers lend themselves to high art? Artist David Mach proves that they will hook you. 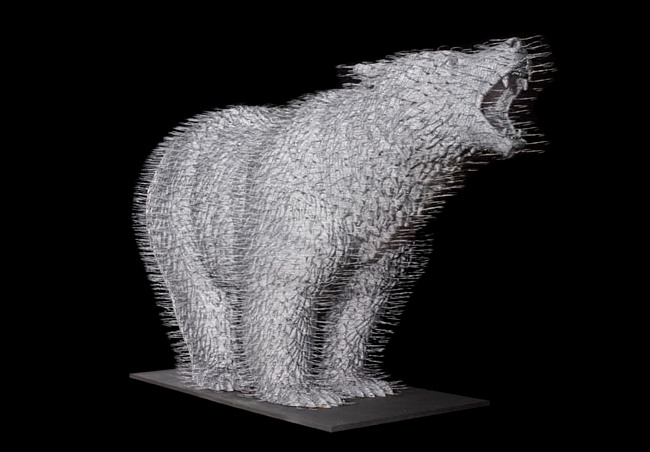 If you think your vision suddenly blurred after looking at the artwork above, don’t worry, nothing is wrong with your eyes. The blurry appearance and fuzzy edges of the bear above are due to the fact that it is made of recycled coat hangers. Yes, that’s right, coat hangers. Scottish artist David Mach, whose amazing 3D matchstick portraits were recently seen here, also has a series of incredible coat hanger sculptures. 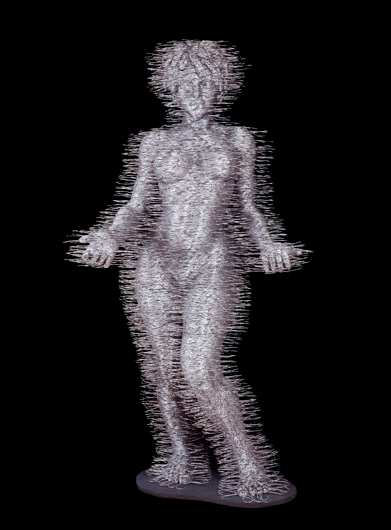 For each sculpture, Mach first creates a mold as an outline. He then coats it in hard plastic and attaches recycled coat hangers to it — many of them. Mach explains how the technique works on his website: “The work is made up from hundreds of standard metal coat hangers, welded to each other around a plastic positive later removed, and then silver nickel plated.” 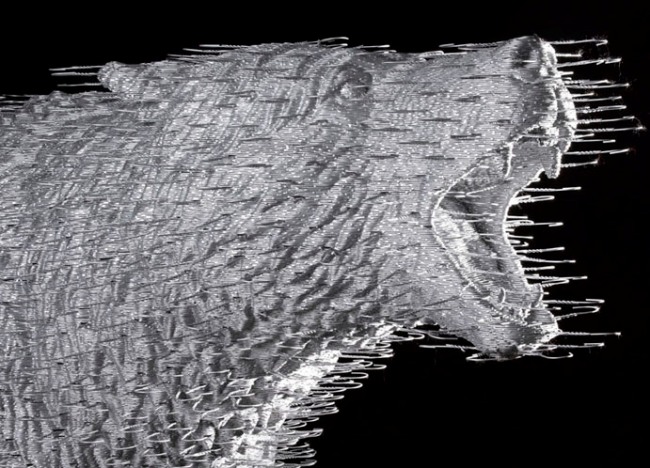 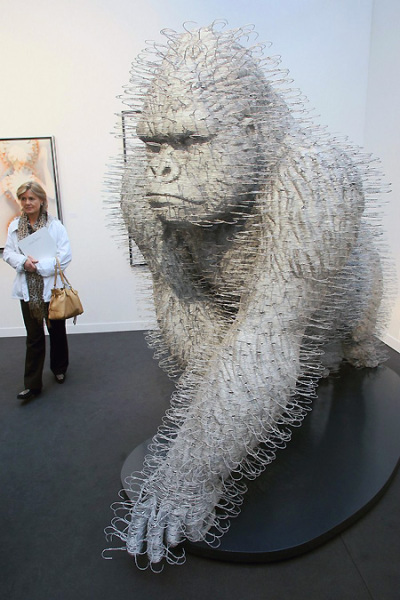 Though he has also done collages and has gone through traditional arts training, Mach’s heart is set on sculpture. He admits, “Being a sculptor leads everything I do. Every project I take on starts from that point. I believe that an artist must be an ideasmonger responding to all kinds of physical location, social and political environments, to materials, to processes, to timescales and budgets.” 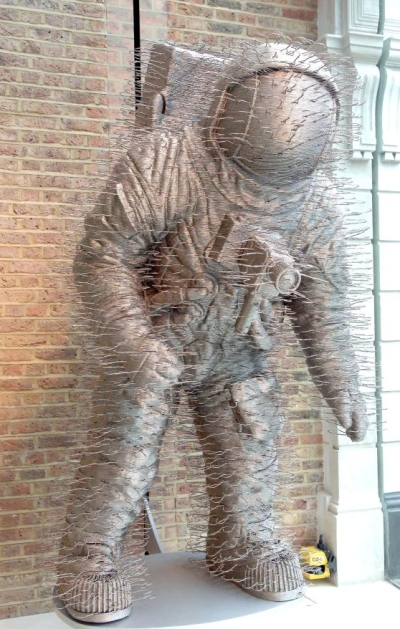 His fascination with space, for example, led to the coat hanger sculpture of an astronaut (above) as a tribute to Neil Armstrong’s first moon landing. He says about the project: “What does it cost to send a man into space, to make him walk on the moon? I am fascinated by the effort of that, the science, the brainpower, the sheer physical power of the rockets. Billions of dollars spent over decades, invested in the best minds, and here I am, using the cheapest, throwaway nothing object, a coat hanger, to portray that.” Mach also does larger-than-life portraits with coat hangers. Below is the artist’s brother. 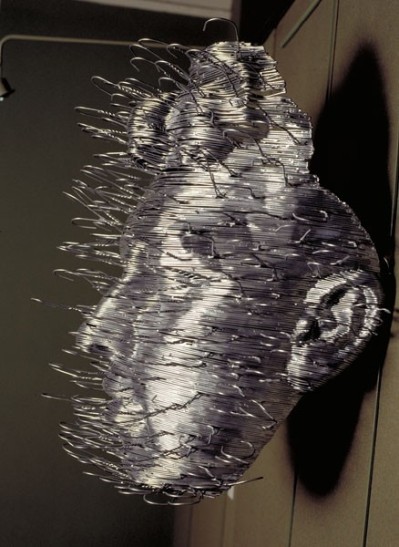 The use of mass-produced, everyday items like coat hangers, matchsticks, bottles, car tires and shoes is a recurring theme in Mach’s work. Some say this obsession goes back to Mach’s student days when he worked in a bottling plant in Leven, U.K., during summers to supplement his income. He explains the influence of that experience: “Mass production processes had their effect on me. You’d be seeing thousands of bottles pass before your eyes every day. I loved the extravagance of that mass production thing.” 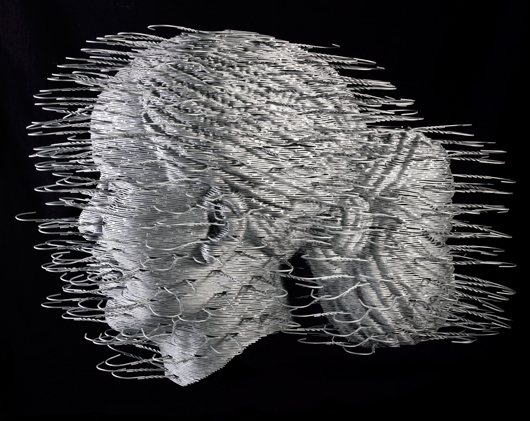 David Mach was born in Methil, Fife, in Scotland in 1956. He studied at Duncan of Jordanstone College of Art in Dundee, U.K., from 1974 to 1979, a time he remembers fondly: “The Dundee teachers were fantastic. I think it was probably the best art school in the world when I was there!“ From 1979 to 1980, Mach studied at the Royal College of Art in London, and already started exhibiting in London, Germany, the Netherlands, Finland and France in the early ’80s. Many more national and international solo and group exhibitions have since followed, as Mach is known for his hectic work patterns and exhibition schedules. In 1989, for example, he had 12 exhibitions or installations in 10 different cities. 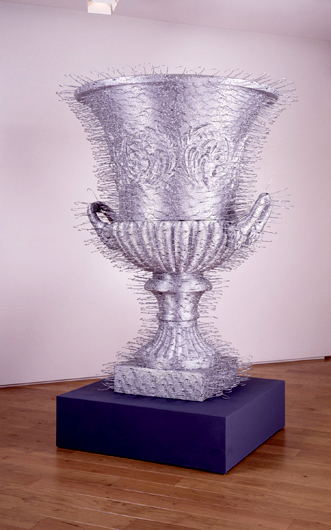