Peace Art Project Cambodia has shaped thousands of guns, left behind by decades of armed conflict in the country, into works of art. 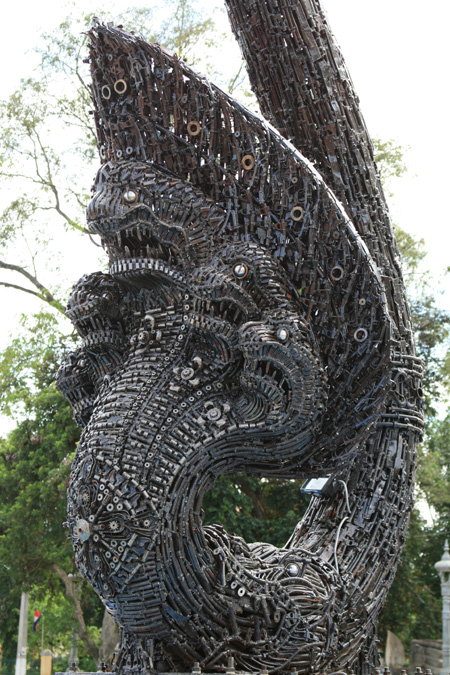 The artist Sasha Constable may have chosen the same career as her famous ancestor, British landscape painter John Constable, but her artistic gaze has fallen on a world far removed from the bucolic English idyll. 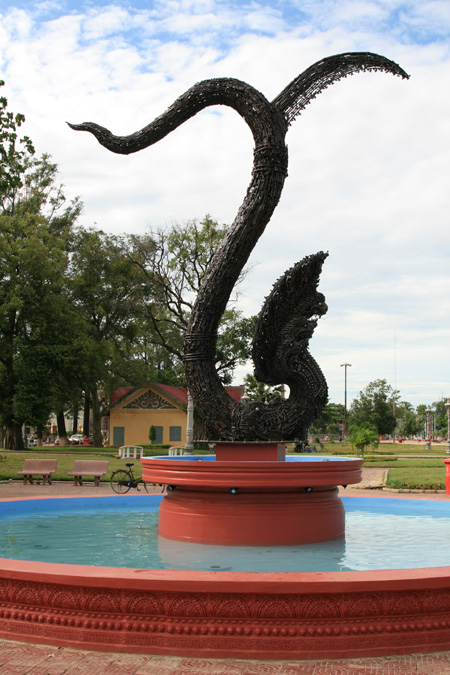 In 2000, Sasha arrived in Cambodia, before long finding herself actively involved in the contemporary Cambodian art scene and educating young Khmer artists. In 2003, she became a co-founder, along with small weapons specialist Neil Wilford, of the Peace Art Project Cambodia (PAPC). 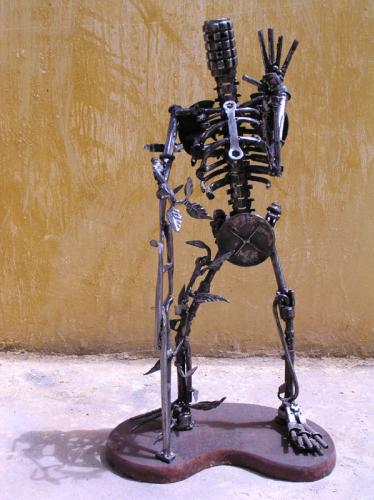 Partly inspired by Mozambique’s ‘Swords to Ploughshares’ scheme — a project begun in 1992 that saw tools such as ploughs and sewing machines donated to anyone who handed over a weapon following the end of the long-running civil war in the country — the PAPC rechannelled, to positive ends, some of the weapons used in Cambodia’s decades of armed conflict. 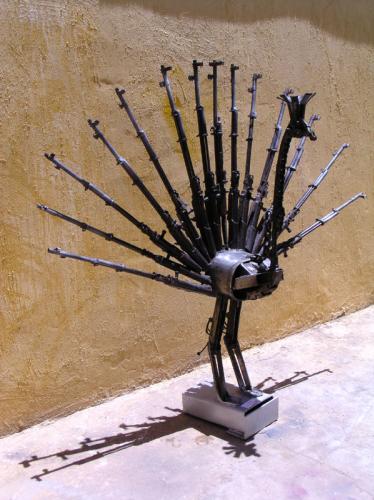 The sculptures you see here are some of the results of the project, which saw artists turning the weapons into “expressions of peace”. 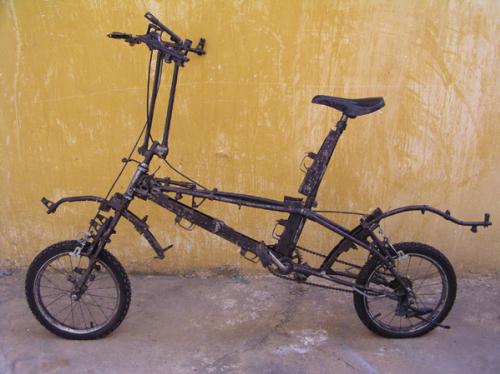 Working out of a workshop in Cambodia’s capital, Phnom Penh, Mark Solomon, an American blacksmith and anti-gun campaigner, taught basic metalwork and safety skills to artists from Cambodia’s Royal University of Fine Arts. The students then turned their hands to 876 destroyed weapons from the Khmer Rouge weapons cache. 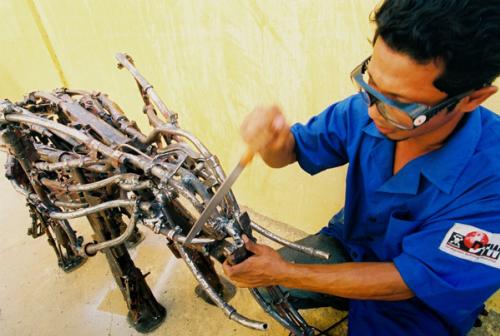 Transported to the PAPC workshop from the Cardamom Mountains, the weapons were reinvented by the artists, with the help of the British sculptor Joe Rush, into arresting sculptures of, for example, peacocks, elephants and palm trees. Exploded ordnance, ammunition and tripods, donated to the PAPC workshop by the Halo Trust in Siem Reap, were also blended into the work. After thousands more destroyed weapons made their way to the PAPC workshop, the British furniture designer Toby Poolman helped the artists construct furniture out of the firearms. Since then the weapon work has exhibited in various public places, while the Australian Embassy of Phnom Penh commissioned a ‘Bird of Peace’ sculpture, which is sited permanently in the city. 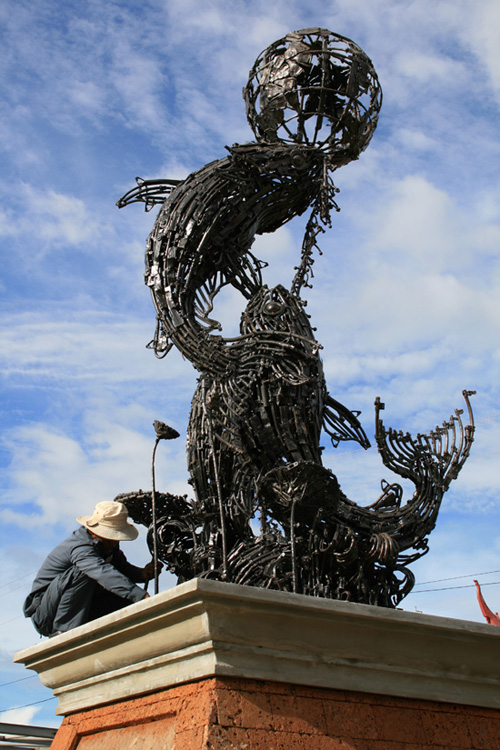 In 2007, Sasha was involved as artistic coordinator in a further project in the region — the Peace Monument Project. Working out of the same warehouse in Phnom Penh, Cambodian artists created two ‘peace monuments’ out of decommissioned weapons. The monument above, ‘World of Peace’, is made from weapons surrendered by residents of Kampong Thom Province and destroyed in a public ‘Flame of Peace’ ceremony. It now stands in Children’s Park in Kampong Thom Provincial Town: a permanent reminder of the community’s commitment to maintaining a peaceful, weapon-free environment. 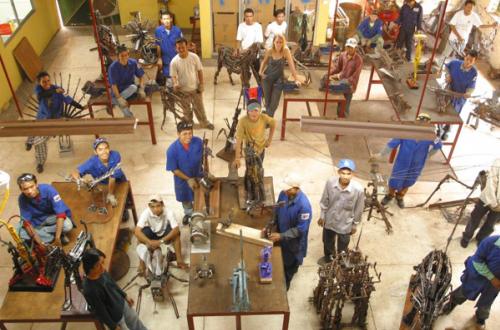 The second monument created as part of the same project, ‘Naga for Peace and Development’, seen top, is formed out of weapons surrendered by residents of the Battambang Province. A further symbol of hope for a safe society, the monument is installed in a park in Battambang Provincial City. 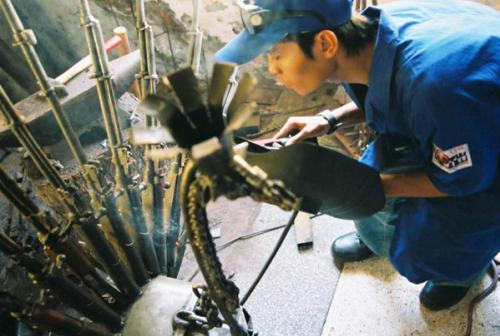 Find out more about Sasha Constable’s work and the projects mentioned in this article here.