Those old cell phones sitting in drawers are collecting dust and leaving a potential toxin in your home — cell phone batteries.

Cell phones are like potato chips — you can’t have just one. Whether it’s because a new, more desirable phone came out or because we changed carriers, we’ve all ended up with a few old phones lying around somewhere, gathering dust, waiting for that day when we’ll get around to recycling them like we always say we will. And, chances are, that dusty box in the closet also contains a few extra batteries from days of yore. 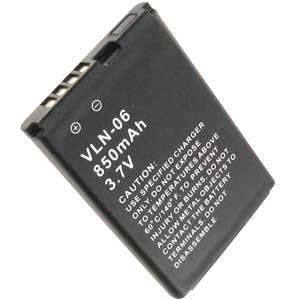 You may think that a rechargeable battery that no longer works is not worth recycling, since it can’t be repurposed the way old cell phone parts may be, but in reality, it’s extra important to recycle your cell phone batteries. According to the advocacy group Californians Against Waste, more than 80% of rechargeable batteries contain the hazardous heavy metals nickel and cadmium — stuff you do not want seeping into your water supply. However, as of only a few years ago, less than 20% of rechargeable batteries were recycled. In California alone, more than 34,000 tons (tons!) of batteries were sent to landfills in 2004. It doesn’t have to be this way. There are a growing number of cell phone and cell phone battery recycling options out there, many of which are organized by major retailers, making them convenient for most Americans. You can search 1-800-RECYCLING.com to find recycling locations near you. Near my home, you can drop off rechargeable batteries to be properly disposed of at several AT&T, Verizon and Radio Shack locations — and many other facilities as well. So, you no longer have an excuse to allow that dusty box to sit in the closet for one more day! Get out there and recycle those batteries!