Could you imagine living in a bunker? Far from drab and depressing, repurposed bunkers take on a life of their own, providing peace, quiet and safety. 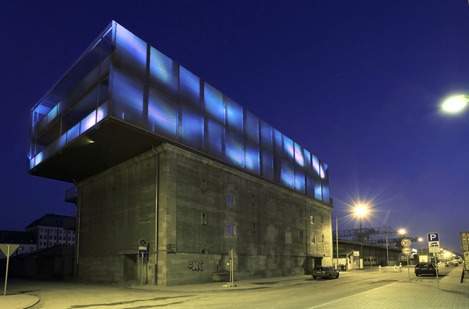 Military bunkers have long been an eyesore for those living close to them. Like gray behemoths, they stand around, waiting to be used again for their original purpose. Luckily, though, they don’t necessarily have to go back to being used for warfare — in Germany, many were recycled as homes decades ago by students and people living alternative lifestyles. 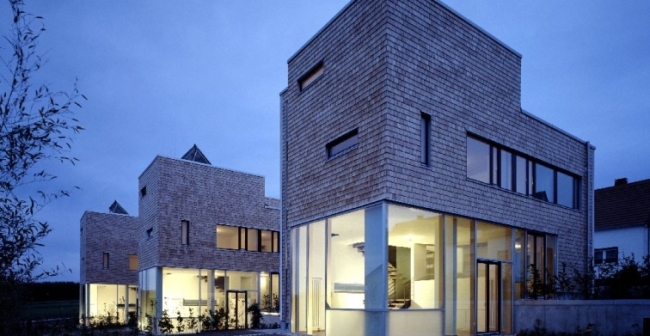 However, now there seems to be a new trend: refurbishing old military bunkers and turning them into high-quality apartments. Germany has a treasure trove of these kinds of conversions, as many architects are rediscovering old bunkers as sustainable and easy-to-maintain residential buildings.

Not pretty but functional: the old German submarine bunker in Trondheim 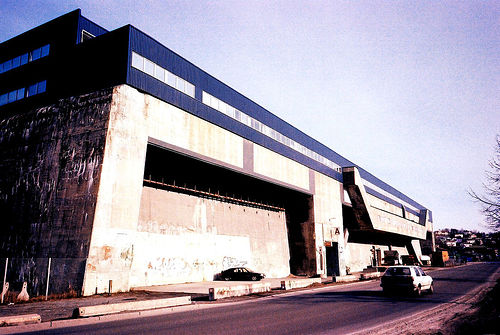 Architects Rainer Mielke and Claus Freudenberg of mielke+freudenberg specialize in converting old military bunkers in the northern German city of Bremen into living quarters. Their reasoning: “Bunkers have been built to receive people and to shelter them. Because of their massive construction, they last even without costly maintenance efforts.” 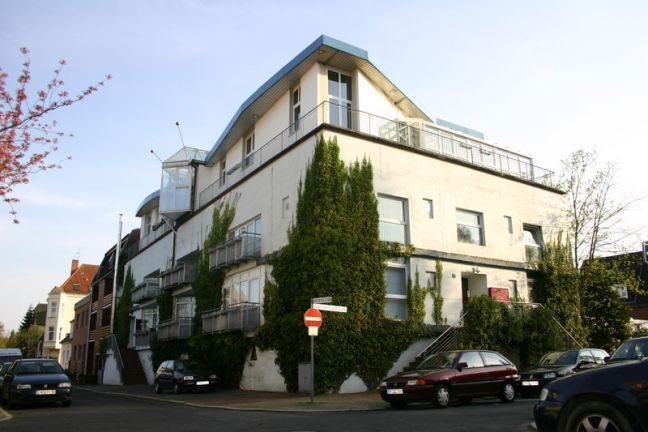 And indeed, many architects appreciate their sturdiness and low risk of geological disruption, making them safe, lasting and stylish buildings, too. A prime example of this is the remodeled bunker in the northern German town of Emden (above). Here, only the strict square form reminds one of the building’s original purpose. Military bunkers were built to protect troops and civilians, but also machinery and important equipment from air raids. There was a bunker building boom during World War II due to the development of aerial warfare and the existence of aircraft which could transport heavy bombs. In Germany especially, bunkers were built in abundance, as is still apparent today.

A bunker with a cool blue roof at Claussenstrasse in Bremen 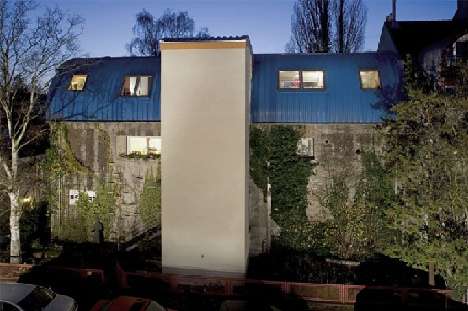 Many of them were industrial bunkers, built to safeguard important industries but also food, materials and files from aerial bombardment. Many also served as living quarters. On their website, Mielke and Freudenberg explain why it makes sense to repurpose old bunkers: “Because of their central location in many suburbs, many of them are ideal for living. We convert these bunkers into residential buildings in a modern and sustainable fashion and integrate these historical buildings into the cityscape without denying their own identity.”

A bunker turned studio in Frankfurt 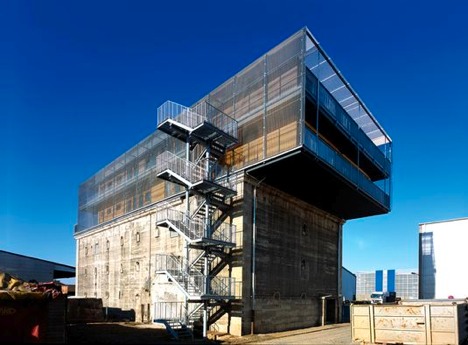 The story behind this bunker is quite intriguing. Admittedly not the prettiest, Frankfurt’s residents too found it an eyesore but had to live with it, as demolishing the extremely compact bunker would have been too costly. Turning it into living quarters was also out of the question, as it is located in a non-residential part of town, between junkyards and shipping container depots. Finally, Index Architects came up with a practical solution and, using the old bunker as a giant table, added artists’ studios and a space for the Institute of New Media on top. And the old bunker? It’s now housing musicians’ studios.

Like a bird’s nest on top of the bunker 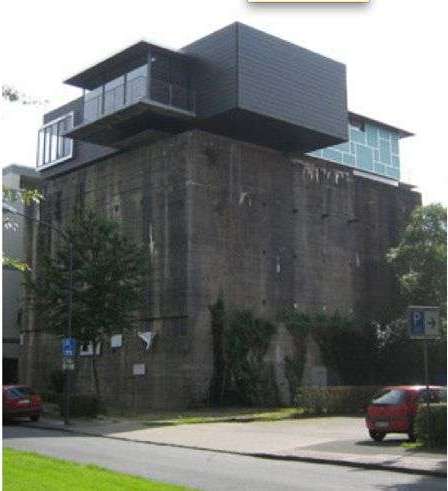 After World War II, most bunkers were abandoned, as the occupying forces had no use for them and Germany was focused on rebuilding its economy rather than its military. However, given their sturdiness, they survived all these decades unscathed and can be found in abundance around WWII hotspots like the former mining area around the Ruhr, in Berlin and Dresden, along the borders, and even on some of the beaches. In the suburb of Poppelsdorf in Germany’s former capital Bonn, for example, Scherf Architects used an old WWII bunker as the foundation for three apartments and simply built on top of the existing structure, thus guaranteeing a good view. 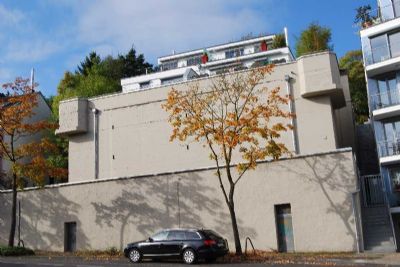 The “basement” that is the old bunker, houses the heating, electricity and other maintenance functions. 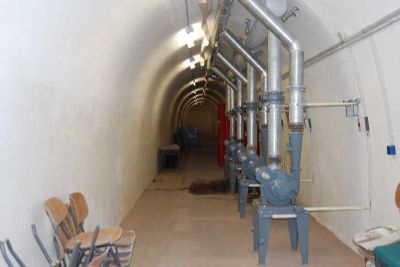 At the corner of Dortmund’s Wittelbacher and Landgrafen streets, the old bunker was a 20- x 20-square-meter block, 10 meters high with 2-meter-thick walls. It used to look gray and depressing… 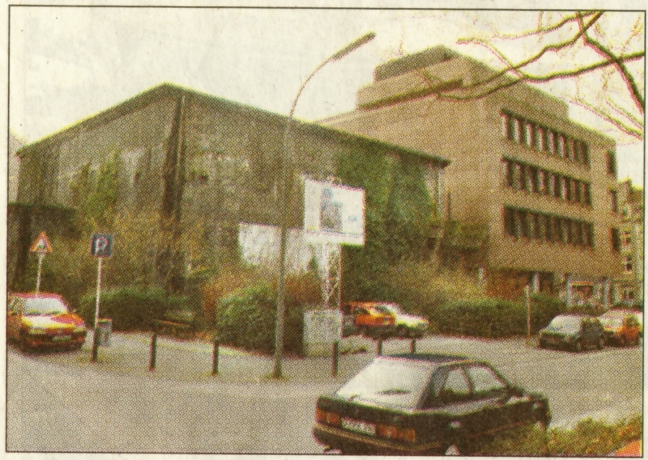 … before it was turned into this cool building: 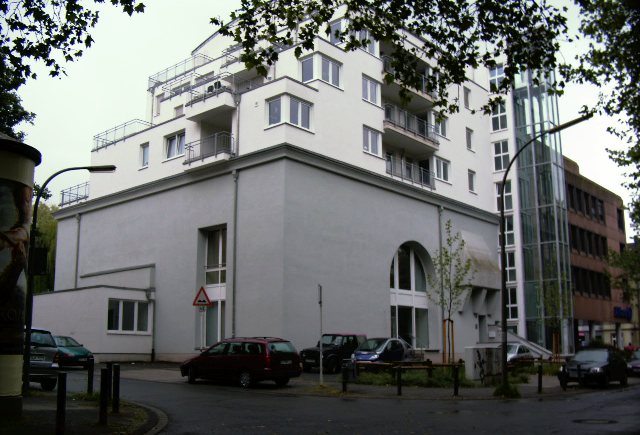 Here is another bunker in Emden that has been repurposed. 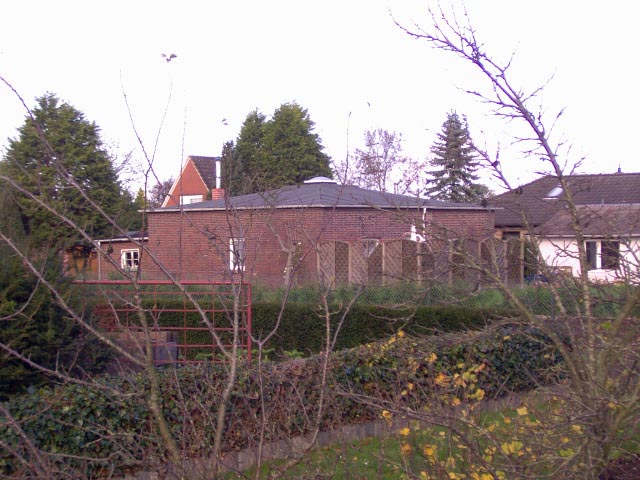 There are a surprising number of uses for abandoned military bunkers. All it takes is a creative architect, some imagination and innovative design. People who like peace and quiet and a feeling of safety will appreciate living in one of these constructions. For other cool uses to which bunkers have been put, take a look here. Sources: 1, 2, 3, 4, 5