‘Weapons of Mass Destruction’ Made from Recycled Tires

Brett Graham is an internationally acclaimed sculptor from New Zealand who uses his Maori heritage to undermine western stereotypes about indigenous people. 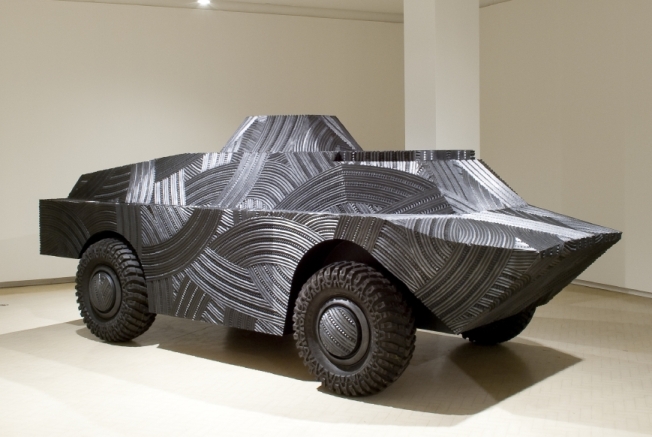 Brett Graham, or Ngati Koroki Kahukura, is one of New Zealand’s best known sculptors. His work, exhibited internationally at the 2007 Venice Art Biennale and at the 2010 Sydney Biennale, always engages the viewer by telling a powerful story, whether through sculptural or video installations. His piece “ANIWANIWA,” for example, explores the idea of submersion under water as a metaphor for cultural loss, while “UFOB” represents the story of migration. 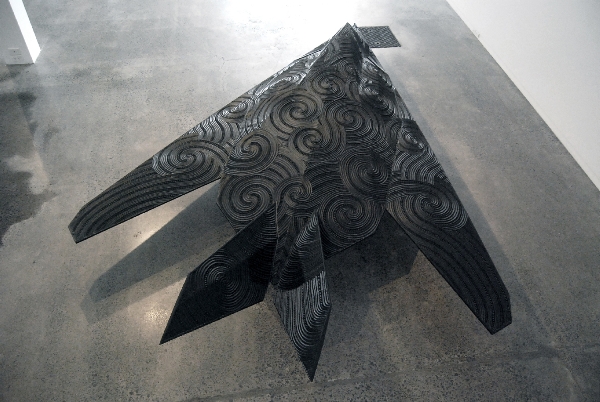 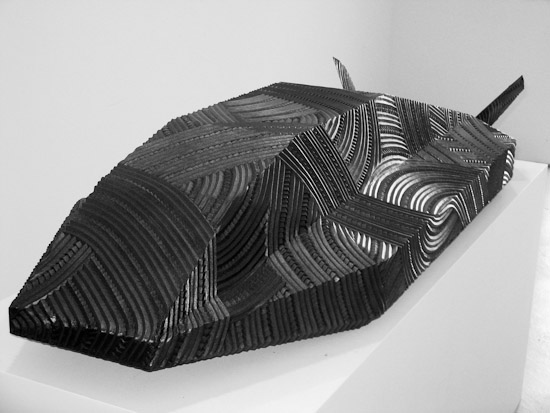 “Weapons of Mass Destruction,” created for the 17th Biennale of Sydney, explores the concept of colonialism through a series of contrasts. The exhibition takes visitors by surprise — though they do get the tanks, bombers and grenades that they might expect from reading the exhibition title, they are confronted with versions of those weapons made from recycled rubber. Graham is known for his emphasis on materiality and surface, and, though with “Weapons of Mass Destruction” he exchanges his preferred materials of wood and stone for MDF, steel and rubber tires, he still draws on an his Maori heritage by decorating his WMD versions with beautiful patterns based on traditional designs. 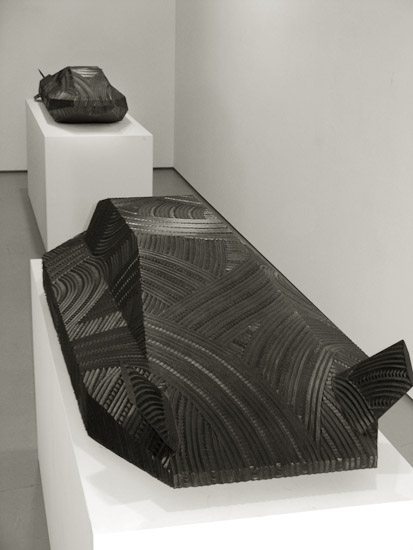 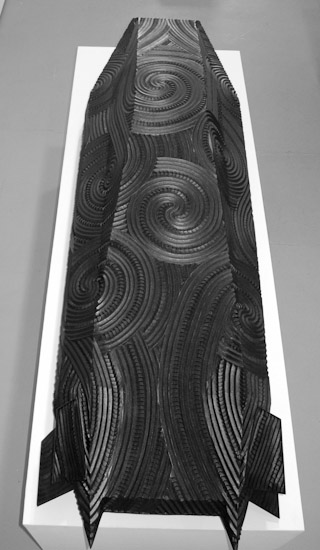 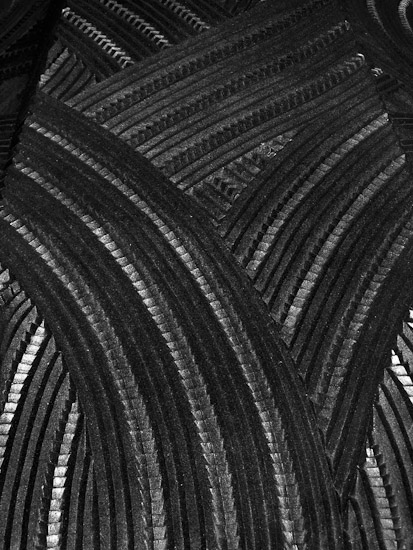 In an interview, the artist explains that the tank was modeled on a Russian model that is not being produced anymore. However, it has been exported to about 40 countries and can still be seen on TV once in a while. The bizarre combination of soft and hard, old and new and the resulting puzzlement is exactly what Graham intended. Known for his ability to abstract complex historical and cultural contexts into beautiful and formally impressive sculptures, Graham contrasts seemingly harmless materials with cultural symbols of destruction, violence and war. The artist explains: “I love that combination of beauty and danger.” 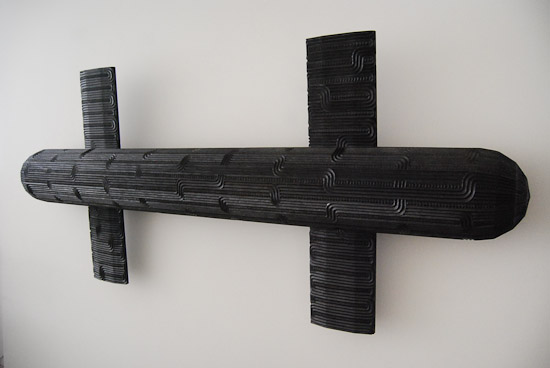 However, his creations are also a clever way of getting back at western society or at least showing it a mirror: The names given to his western weapons of mass destruction, such as the stealth bomber Te Hokioi (2008), Russian tank Rukuhia (2009) or Russian BRDM-2 scout car Mihaia (2010), are a reversal of the western custom of using names taken from the developing world for weapons. Here, according to one source, “Indigenous peoples have appropriated the technology of their enemies as ritualistic power symbols.” Graham has inverted and renewed tired concepts to create a striking new message about the world we live in. 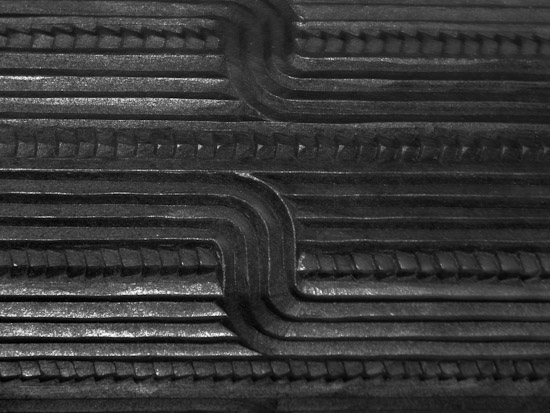 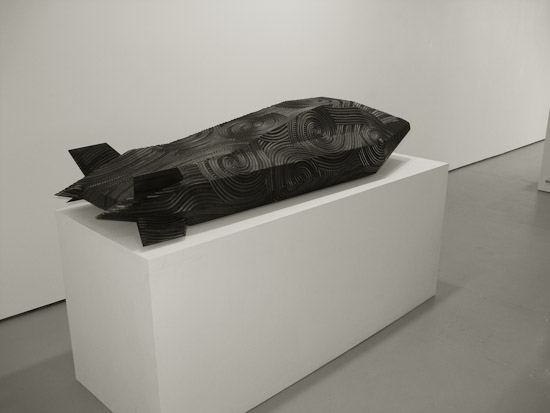 But, rather than lecturing, Graham’s work aims to create a dialogue between Maori and European histories while adhering to the modernist emphasis on form and material quality.

Brett Graham currently lives and works in Auckland, where he was born in 1967 as part of the Ngati Koroki sub-tribe of Tainui. He received his Bachelor of Fine Arts from the University of Auckland in 1989. He was awarded the East West Center for Education scholarship in 1990, which allowed him to complete his Master of Fine Arts at the University of Hawaii. Since 1993, Graham has been a lecturer for contemporary Maori art at the University of Auckland where he received his doctorate in fine arts in 2004. Since 1986, Graham has been part of group and solo exhibitions at home and overseas, especially in the United States, Japan and Australia. Sources: 1, 2, 3, 4, 5, 6