Portraits Created Out of Thousands of Staples 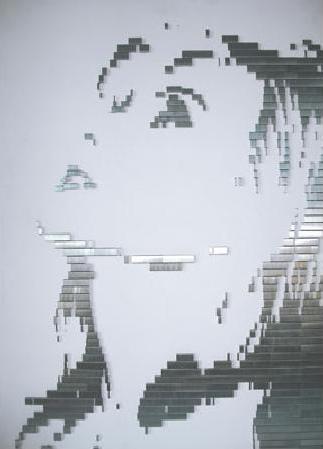 All images courtesy of robobriendesign.

Apart from the background they are stuck on, Irish artist Rob O’Brien uses nothing but repurposed staples for his staple portraits. It really is amazing that all the shiny nuances and the depth of these images was achieved using only thousands of the identical silver metal fasteners. 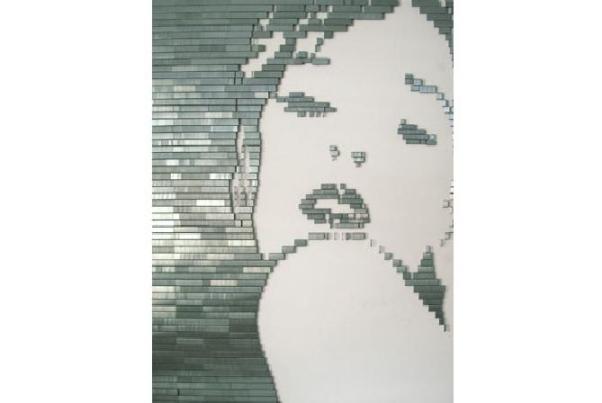 “Debbie” (2009) is a 58-cm x 80-cm-tall staple “painting” depicting a woman. Given the nature of the art, with each staple acting as a tiny brush stroke, the further away you go, the clearer the image is — like a Web graphic made from pixels, where you’d only see colored dots if you zoomed in. “Debbie” can still be purchased for EUR 875. 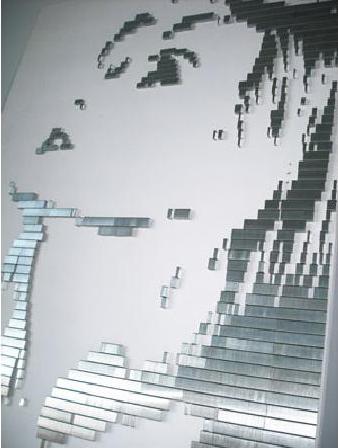 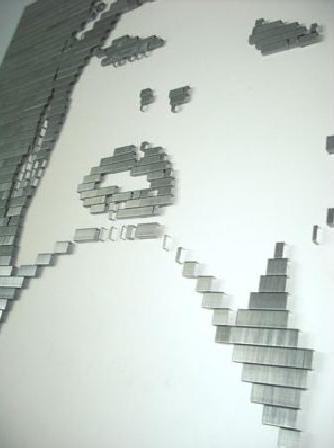 Reflective materials like the metallic staples are important to O’Brien to give each artwork depth and to emphasize their themes, which are strongly influenced by network media. 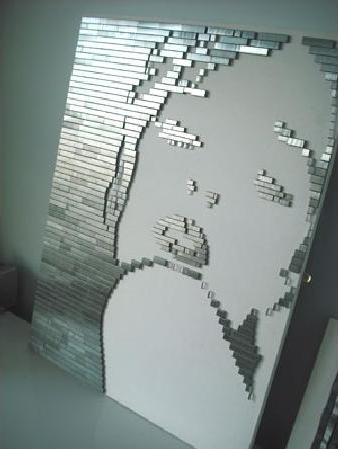 Despite growing up with experiences “no different to millions of other lifestyles encountered by a child in the ’80s,” with “three strong meals a day, an evening in front of the TV [and] Sunday drives,” O’Brien credits his family with developing his artistic sensitivity: “A portion of the day [was] devoted to creative activities such as family portraits, model-making, still-life paintings and any other area of art which helped build my ability to create the work I can produce today.” Staples are just one way to express his fascination with the TV screen and the pixelation of life that comes with it. O’Brien explains: “Fixated on the bright screen we find ourselves in front of so often, inspiration has been derived from the ‘Square Eyes’ label my mother had so frequently branded me with. Along with a fascination with function and obvious surroundings, my work reflects this through pixelated and light-reflecting forms.” 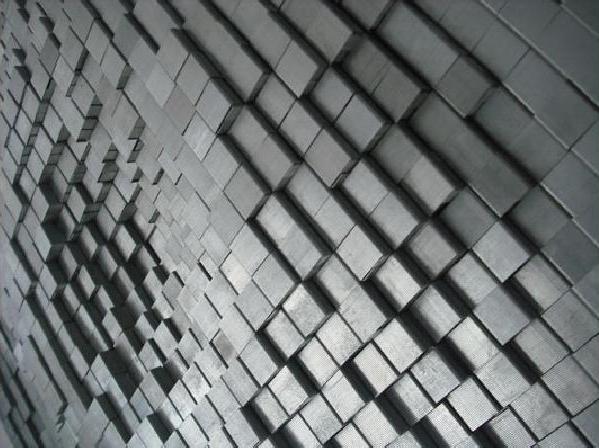 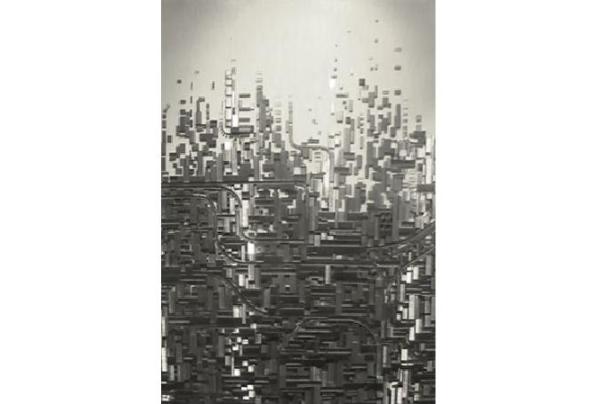 “Staple Street” (2007, above) uses staples not to represent a concrete image, but to create a new, abstract artwork that changes depending on the viewer’s interpretation and standpoint. The 60-cm x 90-cm abstract reminds one of computer games. 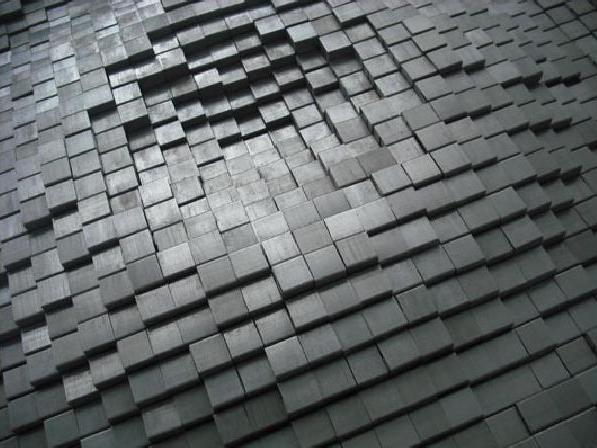 “Drop” (2009) is yet more experimental, leaving the viewer completely on his or her own to find a meaning. Surprisingly, the staples here take on a dull appearance that reminds one of rubber, further aided by the symmetry of the piece, which is broken down in tiny staple squares of different depths, thus intensifying the 3D effect. 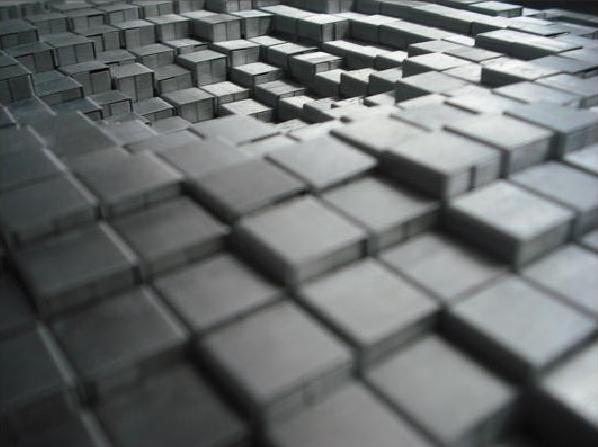 For those interested, the 65-cm x 65-cm piece is still for sale and can be yours for EUR 1500. Though there are currently no exhibitions scheduled, those interested can check the Rob O’Brien Design website for updates. Sources: 1, 2