Sculptures Made from Recycled Human Ashes

Wieki Somers’s exhibition ‘Consume or Conserve’ pushes the boundaries of recycling by putting human remains to a new use. 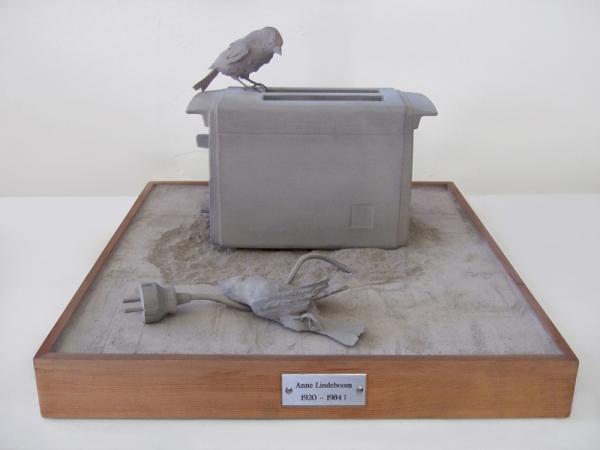 “Birds and Toaster.” All images courtesy of Studio Wieki Somers

Burial or cremation? Next to grandma or the family dog? Regardless of how many times we have thought of what should be done with our remains after death, there’s one thing we haven’t thought about: recycling ourselves, to make us useful even after death. Dutch artist Wieki Somers has taken this thought process one step further by using real human ashes in her designs. In an exhibition called “Consume or Conserve,” Somers has created three still lives made from human ashes. Apart from each installation’s title, such as “Birds and Toaster” (above), we also get the name of the deceased: “Anne Lindeboom 1920 – 1984,” for example. Macabre? Or just the ultimate in recycling? 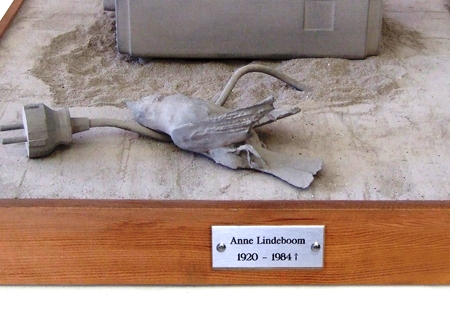 Before you scream “Yikes!” just think about the practicalities of these amazing artworks. Rather than taking up space in a graveyard or polluting the environment by being scattered, the ashes are being put to good use in the name of art. This little plaque guarantees that the provider of the ashes is not forgotten; on the contrary, he or she gets a really special and personalized memorial. Speaking about her idea, Somers says: “There’s an overload of throw-away consumer items in our society. But do we need them? I believe today’s world asks for products that will survive today to be worthwhile. We don’t need gadgets, but products we can cherish [for] a lifetime.” For her still lives, Somers used donated remains and a 3D industrial printer to create art that’s close to the bone — literally. “We may offer Grandpa a second life as a useful rocking chair or even as a vacuum cleaner or a toaster,” she said in an interview. Turning them into everyday household items does question our attachment to some inanimate objects. Who doesn’t have a favorite mug, vase or plate? If these objects were made from the remains of a loved one, Somers asks: “Would we then become more attached to these products?” 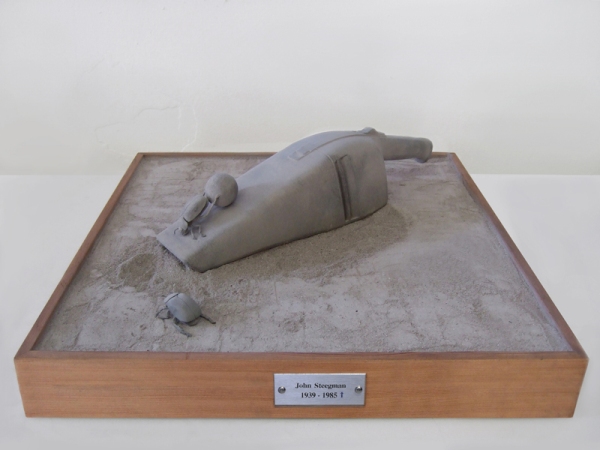 If you think dung beetles and a vacuum cleaner don’t have much in common, you’ll think again after hearing Somers’ explanation: “Seen as waste by some, [dung] is used by dung beetles for either food storage or [as] a fertile ball to lay their eggs in, thus maintaining and producing life. The vacuum cleaner tells us about dust and waste in a repetitive process.” 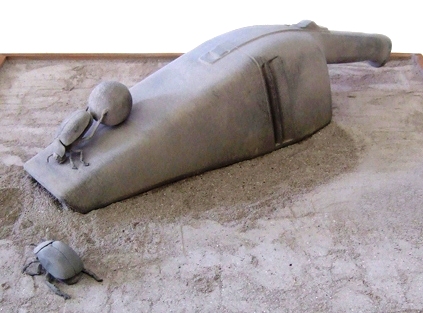 And the first piece (top)? If you’re thinking about suicidal birds playing with a toaster’s power cord, you might have got it wrong (if any art interpretation can really be wrong). However, Somers intended a rather different meaning. She says: “The birds represent life and death as it’s reborn out of its own ashes. The toaster symbolizes this incineration.” 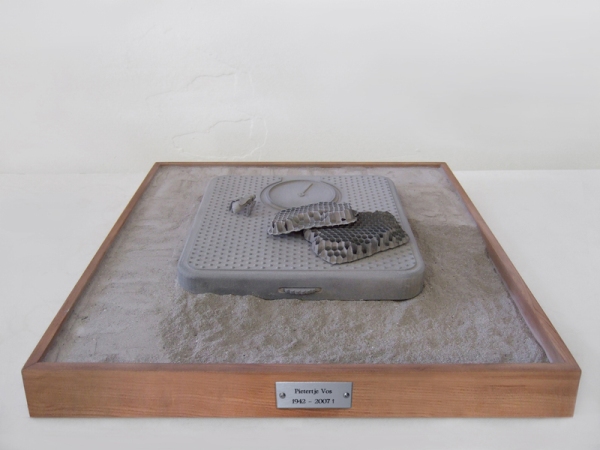 Somers explains the idea behind the above piece: “Honeycombs have been used in allegories as an attribute of the personified golden age, diligence and labor. Here the scales weigh the value of this attribute, while the bee questions the meaning of a single life… The still lives are meant to be a statement which moves our senses and thoughts, and let us think about our [striving] for progress that ignores ideology. It questions the value of products and our relationship with them.” 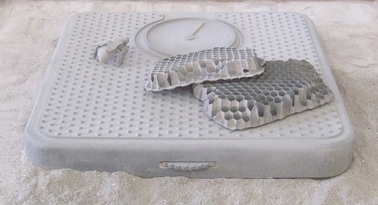 Somers was born in the Dutch city of Sprang-Capelle in 1976. After graduating from the Design Academy Eindhoven in 2000, she founded Studio Wieki Somers in Rotterdam together with fellow design academy graduate Dylan van den Berg. Somers’ designs and artworks have been exhibited around the world and have won many prizes. Like a modern memento mori in ash gray, Somers’ still lives remind us that life is fleeting yet that we all still can be useful, even in the afterlife. In September 2010, the three pieces were on display at Belgium’s Grand-Hornu Images, located at the Museum of Contemporary Art, an old colliery. Wieki’s other art and design work can found on the Studio Wieki Somers website. Sources: 1, 2, 3, 4, 5