Effigies Created from the Bones of Dead Animals

Everyday recycled objects come to life in the capable hands of sculptor Susan Huszar. Most spectacular, though, are her figurines made from animal bones. 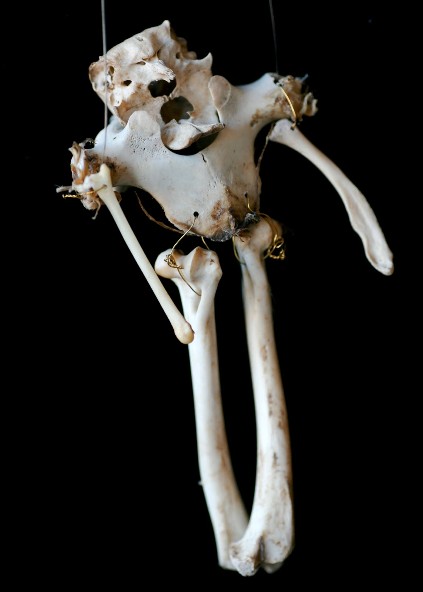 Boston-based Susan Huszar is a self-taught sculptor who has been creating artworks for the last 10 years. When viewing her work, what strikes observers first is her use of natural materials and found objects such as pieces of wood, brown paper bags, buttons, twigs and whatever else the artist might have found in her home or along the wayside. What’s more, this even stretches to the bones of dead animals. 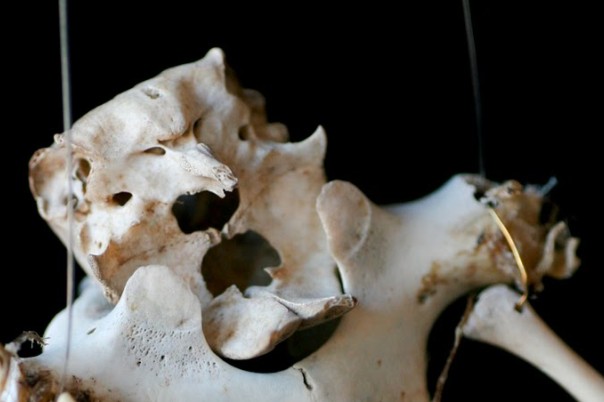 Huszar says about her lost-and-found, patchwork method of creating sculptures: “I’m interested in expressing human and animal forms using natural and found materials, and enjoy the process of assembling things in strange and unusual ways.” 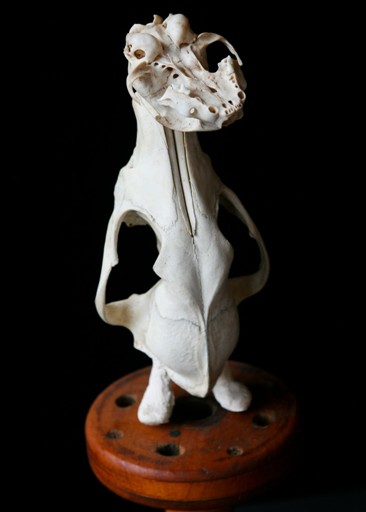 It really is surprising how the addition of a new context can add meaning to found objects, especially in the case of repurposed animal remains. 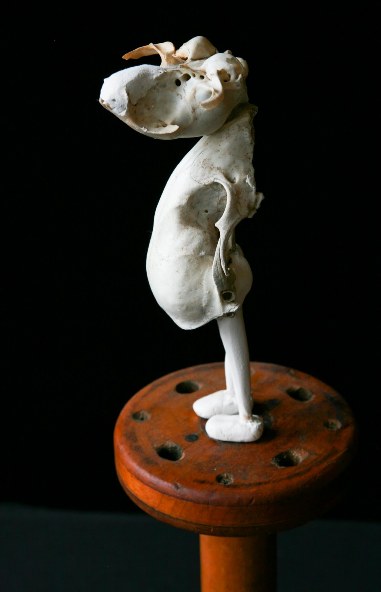 “Unwanted” (2009) below, for example, is made up of bones, an old avocado shell, buttons, faux fur, lace, an old music box, papier mache, string, twigs and wire. None of the materials are unusual, taken by themselves, but together they form an extraordinary piece of art. 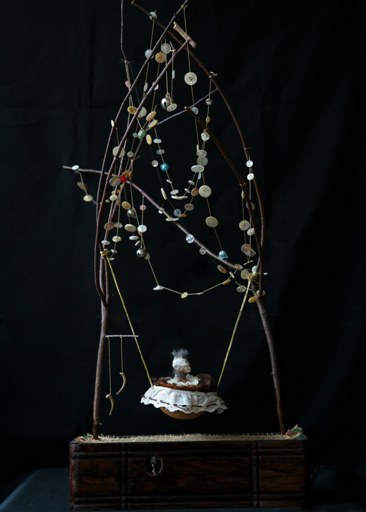 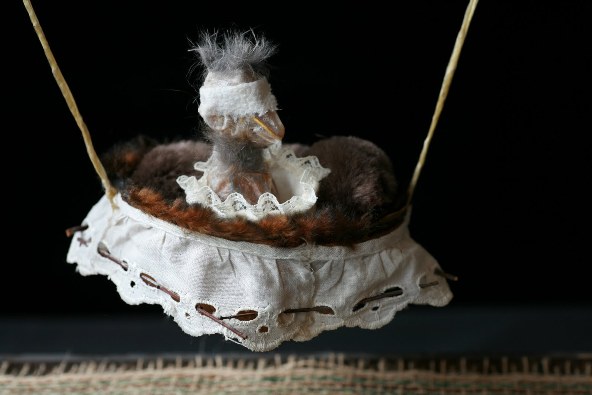 The viewer is inspired to come up with his or her own story around the little bird sitting in the swing, eyes bandaged. Has it met with an accident? Is it recuperating? Is it happy in its comfortable nest? The intrigue lies in not knowing for sure. 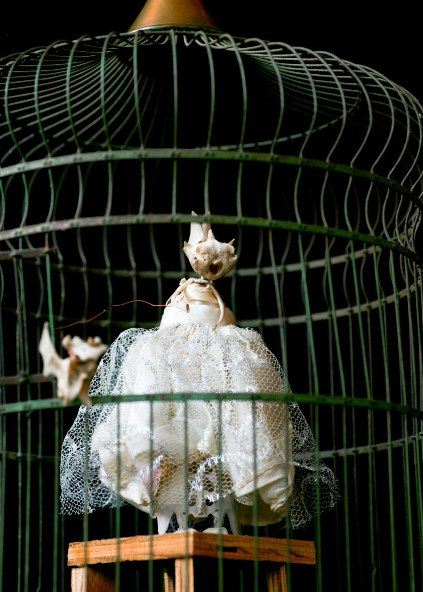 Probably most striking is Huszar’s “Bone Series” (2008) — animals or little figures created entirely from real animal bones. The original bones are not placed where they belong, with astonishing results: a hip bone becomes a head, a skull an animal’s body and ribs a pair of antennae, as seen in marvelous shape of “Grasshopper,” below. 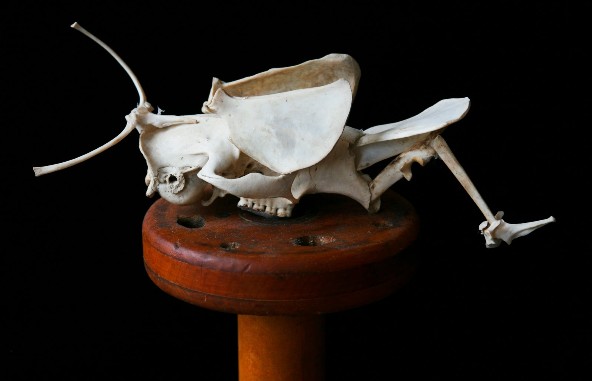 Huszar explains her inspiration for the “Bone Series” and her other recent artworks: “Lately, I have been thinking about all the things that comforted me in childhood. Making private, secret spaces, stuffed animals that talk and people from animal bones are the outcome of reconnecting with these important memories.” 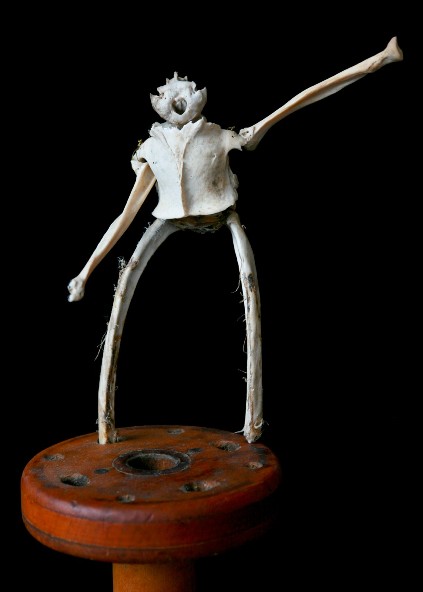 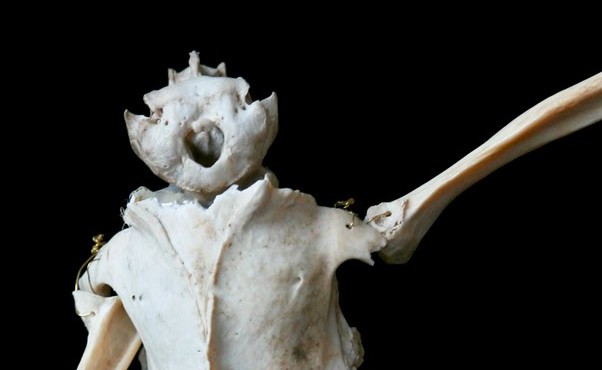 And who wouldn’t remember the possibilities that a piece of cloth, a flat stone or a pretty shell held in childhood? They could become anything, keeping us playing for hours. Thanks to Huszar, we are reminded of those simple childhood pleasures again.

Before focusing on sculpture, Huszar had been a professional photographer for 20 years. She graduated from Ryerson University in Toronto with a Bachelor of Applied Arts and worked as a photojournalist for two large daily newspapers before starting out on her own, focusing on black-and-white portraits of animals, individuals and weddings. Huszar is also a published illustrator of 19 children’s books. 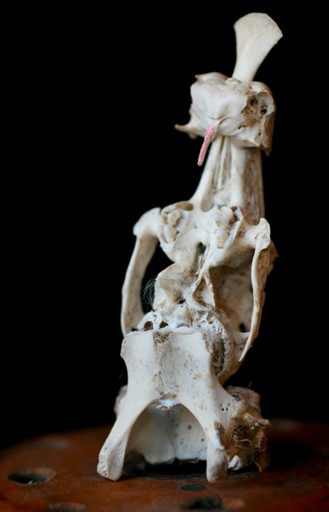 Special thanks to Susan Huszar for granting permission to use the images and information contained in this article.