The state is one of 11 that has implemented a bill to incentivise glass bottle recycling. 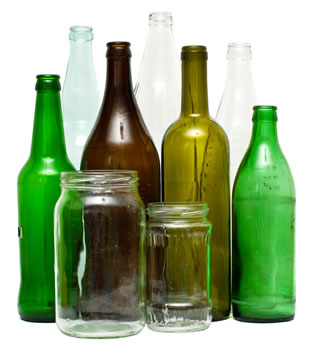 Glass is an easily recyclable material. Once it’s cleaned, many locations accept glass for curbside recycling, and at the very least, most people have access to a recycling center where items need to be sorted, including brown, green and clear glass. Oregon tends to be a rather environmentally focused state, so it’s no surprise that this was the first state to pass a Bottle Bill. Bottle Bills require that drink containers — aluminum cans, glass bottles and other beverage containers — have a refund value as an incentive to recycle. The bill was introduced 1971, and it is regulated by the Oregon Liquor Control Commission (OLCC). According to the OLCC, the bill was introduced as a means to control littering, as well as to promote sustainability and conservation.

How the Oregon Bottle Bill works

In Oregon, containers that are refundable show an OR 5¢ label. For each container that shows up in a retail store, the retail store has paid a 5¢ deposit to the respective beverage distributor. When a customer buys a six-pack of bottled beer, the customer essentially pays a total deposit of 30¢ to the retailer. The customer, after consuming the beer and cleaning the bottles, can return the bottles to the retail store, where he or she will receive a 30¢ refund. When retail stores return the bottles to the drink distributor, they are also given their deserved refunds. According to the OLCC, these types of containers are refundable per the bill: water/flavored water, beer and malt beverages, carbonated soft drinks, soda water and mineral water. (If you want more information on the Oregon Bottle Bill, check out the Oregon Department of Environmental Quality.)

Recycling results of the Bottle Bill

In 1971, beverage containers made up 40% of Oregon’s litter. After years of Bottle Bill magic, percentage is now down to 6%. According to Bottle Bill Resource Guide, Oregon residents turn in 84% of bottles purchased.

Eleven states in the U.S. have Bottle Bills of some sort in effect. These states are California, Connecticut, Delaware, Hawaii, Iowa, Maine, Massachusetts, Michigan, New York, Vermont and Oregon. According to the Bottle Bill Resource Guide, the California Beverage Container Recycling and Litter Reduction Act, implemented in 1987, resulted in an 80% recycling rate for glass in 2009. New York’s Bottle Bill, implemented in 1983, sees a 77% recycling rate for beer containers alone. The movement Oregon started with the Bottle Bill in the ’70s is still growing. Many other states have active campaigns that need your support, including Texas, Tennessee, New Jersey, Minnesota and Oklahoma. Learn about your state’s campaign, or research how to begin a Bottle Bill campaign and get the recycling ball rolling. For listings of recycling locations in Oregon, see 1-800-RECYCLING’s recycling location finder.