A Different Perspective on Digital Magazines

Even during the dawning of the e-magazine age, are we doing enough to conserve resources?

From an environmental perspective, one would automatically assume that digital magazines are better for the environment than print magazines. The main reason is that paper and ink resources aren’t needed for digital publications. However, I want to share with you a different perspective on digital magazines. In today’s iPad and digital reader age, magazine publishing companies are being forced to think outside the box in regards to their traditional digital subscription options and offer new app-based options. While some magazines may have their own individual apps, other magazines contract with aggregator programs like Zinio. I’m a fan of Zinio, and have been since the pre-iPad days, but I see a benefit to magazines working with an aggregator instead of each creating their own app. 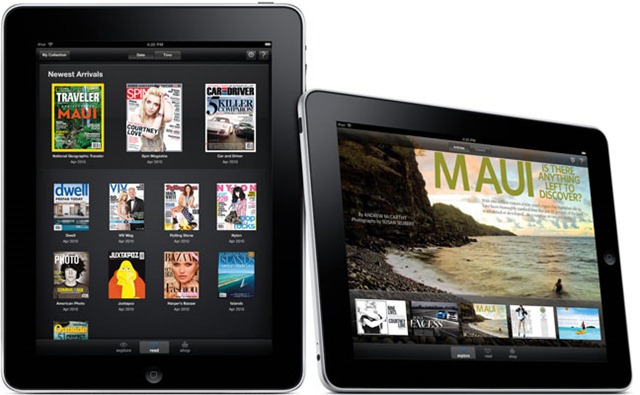 Think about the iTunes App Store — there are over 250,000 apps available to Apple customers. This means there are thousands of app programmers out there creating programs for you and I to enjoy, including magazine-based programs. However, if each publication decides to go with its own individual app then it is missing out on an important opportunity to practice one of the three environmental “Rs”: reuse. Reusing technology is a terrific way for publishing houses to not only cut down on their expenses — creating a new app from scratch is pricey — but it also allows them to cut down on the environmental resources that go into creating that application. I know this may sound a bit extreme, but think about it: If you are an app programmer and you spend 50 hours on one application, you are using electricity, paper (if you take notes the old fashioned way), gasoline if driving to and from meetings, etc. If you have 10 clients that want a new app for each of their magazines, that is 500 hours of work. This is great news for your revenue stream, but you could potentially be wasting precious finite resources. If you instead created an aggregator app, like Zinio, and could simply reuse the technology, then your initial project of 50 hours isn’t multiplied by 10 for 10 new magazines. Instead, it may only take an hour or two to fine-tune each new magazine to run on your program. This means that you’re using less electricity and other finite resources. As technology like that found in the iPad continues to be fine-tuned, we are only going to see more of these products on the market in the future. So, while there are only 250,000 apps available today, that number could be 2.5 million in just a few years. I’d guess it is safe to say that more magazines are going to go the digital route, so reusing technological resources will be an important factor that these publishing houses need to consider when making the decision to go digital. What do you think? Is the reuse aspect of digital magazine technology something that needs to be considered an environmental benefit?