What’s the Environmental Footprint of a 92” TV?

Mitsubishi unveiled a 92” 3D TV at the 2011 Consumer Electronics Show. When I heard the announcer state that it would be priced under $6,000, the first thing I thought was, “Wow, that’s a good price.” My second thought was, “I wonder how many rare earth minerals are needed to make that monster.” Obviously, I’m a bit of an eco-nerd, as I’m infatuated with rare earth minerals. Despite being an eco-nerd, I’m not an expert in determining the footprint of a product, but I’m going to try to figure out what factors into the environmental footprint of Mitsubishi’s 92” television. Let’s start by looking at the rare earth minerals used in today’s top-of-the-line 3D DLP televisions. DLPs and other TVs use europium, yttrium and other rare earths. In fact, according to Encyclopedia Britannica, “By far the heaviest user of ultrapure separated rare earths is the television industry.” 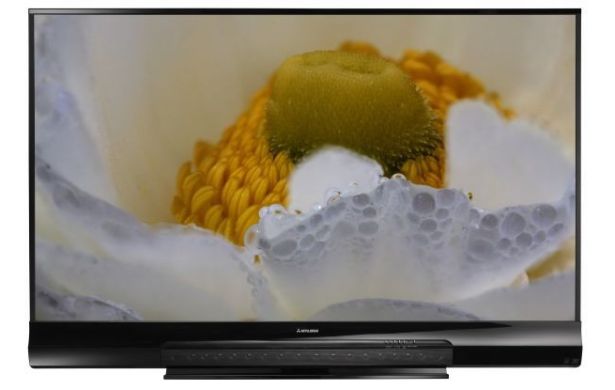 DLP TVs, along with nearly every other modern-day piece of technology, use these rare earth minerals and the vast majority of these minerals are mined in China. While urban mining can recover these minerals from existing products, traditional mining is the primary source. Unfortunately, traditional mining techniques aren’t always environmentally friendly. Looking beyond how the product is manufactured, let’s consider at how it gets to your house. Although Mitsubishi has a massive 400,000-square-foot manufacturing facility in Irvine, CA, the product still needs to be shipped to stores across the country once it is available this summer. The company doesn’t have the product specs for the 92” model available on its website as of press time, but we can get an idea of what to expect by looking at the 82” WD-82838 model, which is currently available. The WD-82838 is the largest DLP 3D screen that Mitsubishi currently sells. The TV is 48.5” high, 73.2” wide and has a depth of 22.7”. Since this is a DLP TV, it is not ultra flat and ultra light like today’s plasma, LCD and LED TVs. This extra depth comes with quite a bit of extra weight. The 82” model weighs 143.1 pounds. The next closest model in size, the 73” WD-73838, weights 96.6 pounds. So, it’s a safe bet that a 200-pound 92” TV isn’t going to be too far off the mark. That is a very large, very heavy TV that will need to be packaged up and delivered to its final destination.  This process will use more resources in both the packaging as well as the transportation of the product. So, while I can’t pinpoint the environmental footprint of the soon-to-be-released Mitsubishi 92” 3D DLP TV, I can say that it will probably not be a product that can be labeled eco-friendly. Then again, Mitsubishi probably isn’t catering to the treehugger crowd with this new TV, either.