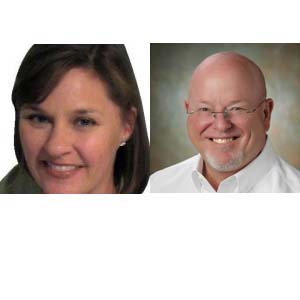 RecycleMatch.com’s Brooke Farrell coins her site “the eBay of trash,” and rightly so — the site is an online marketplace that connects companies with waste with companies that can in turn use those materials. The concept for this “trash marketplace” pairs Farrell’s environmentalism and recycling background with a drastic waste solution that she quickly discovered was not in place. Once Farrell and her brother-in-law put their heads together, the company launched in 2009. “We think waste is a resource,” Farrell says. “Most people think of waste as something that they want to disappear. Today, about 30% of the stuff we waste gets recycled and 70% ends up in a landfill. We want to flip those numbers.” Sam Geil is an ecopreneur with many titles: President of Geil Enterprises, co-founder of Amaze and founder and Chairman of the Board of the International Green Industry Hall of Fame (IGIHOF). Between the janitorial services of Geil Enterprises and the green cleaning power of Amaze products, Geil found ways to revolutionize the green industry for years.But it wasn’t until Geil realized that there was no formal recognition for green-minded businesses that he came up with the solution: creating IGIHOF in 2007. Now, after three years of inaugural growth, the hall will hold its first induction ceremony in March 2011 in California. “One thing I’ve learned [in the process of developing green business] is getting out of my comfort zone for the good of everybody, not just my own greed,” Geil explains. “The greater the reach, the greater the sacrifice, effort and energy it takes.” Podcast: Play in new window | Download (48.9MB)

By Green is Good