Recycling the recycler: Boba Fett as you wouldn’t imagine him in your wildest dreams. 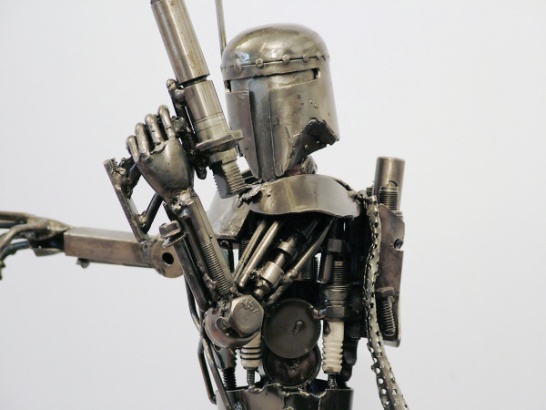 Thus spoke everyone’s favorite Star Wars bounty hunter, in the process of repurposing Han Solo from a smart-talking smuggler into an oversized paperweight. What’s more, Boba Fett seems like the perfect inspiration for recycling, given his make-do-and-mend attitude to intergalactic banditry. But what happens when the recycler gets recycled? We’ve found 10 truly amazing creations that’ll stun even Boba Fett. 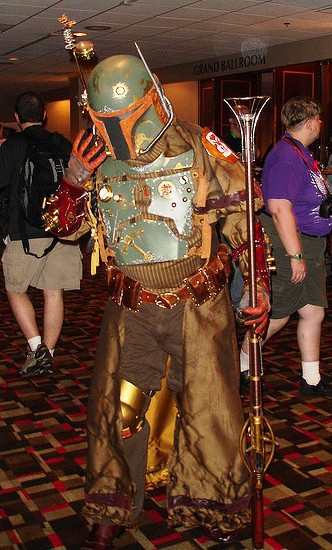 A little know fact about the bounty hunter from a galaxy far, far away is that he even has a soft spot for the age when steam power ruled the world. In tribute, he adorns his trademark armor and helmet with brass, and switches to leather, felt and earthy tones for his other accessories. As for the weapon, we’re not sure what it once was, but it looks very cool! 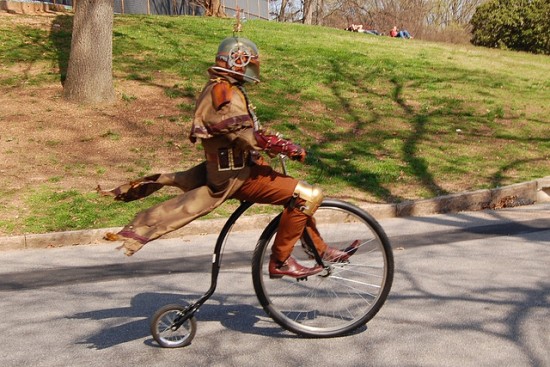 And in case you were wondering, when Boba goes steampunk, he does it in style — on his steampunk cycle. 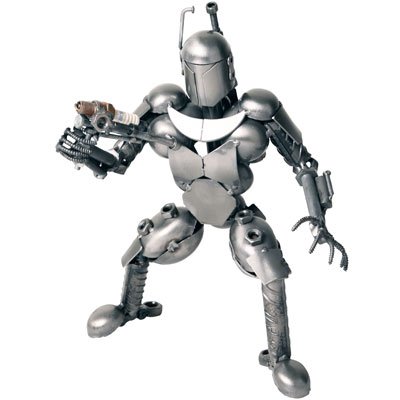 This 11-inch metal Boba Fett sculpture is a true scavenger, made from raw metal pieces such as screws, bolts and metal plates. Built using as few pieces as possible, every little screw counts, becoming an important feature like a finger or jet pack. 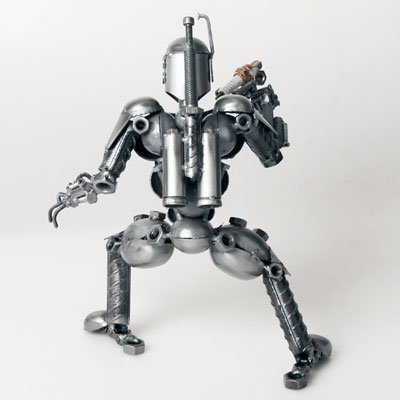 Don’t miss the nail that accessorizes the helmet! Watch your back, Boba! 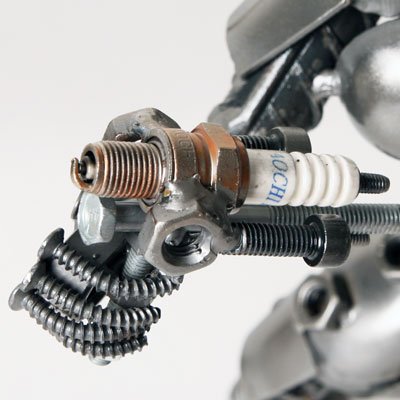 The gun, held in a screw-tight grip, was once a spark plug. It also rotates 360º! 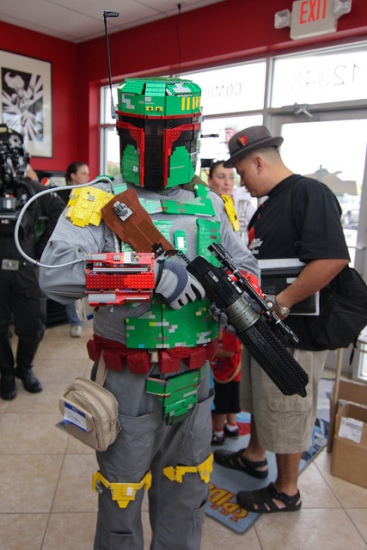 One of our favorites is this homemade Lego Boba Fett costume, spotted at a comic bookstore event in Clermont, FL. The attention to detail is incredible, meaning the costume required a serious amount of work, not to mention thousands of old Lego pieces. Even the weapon is made of Legos! 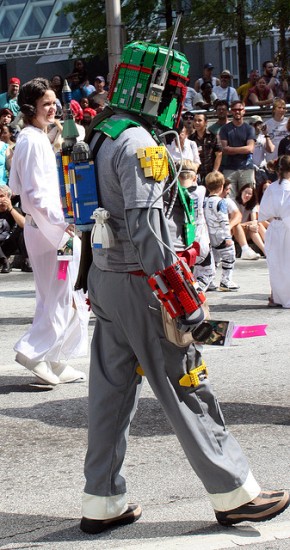 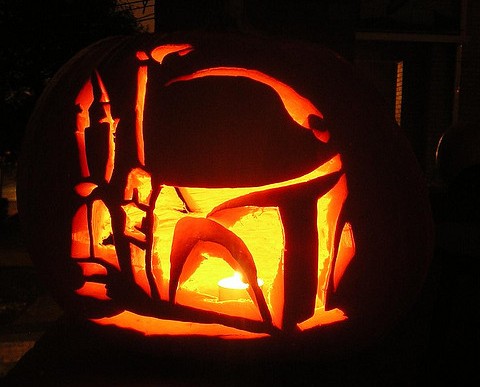 This Boba Fett was carved into a pumpkin with the help of a stencil. Repurposing, Halloween style! Wouldn’t want to be chased by the bounty hunter glowing red hot in a dark alley… 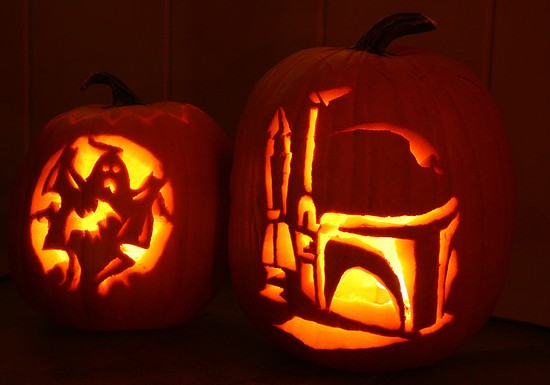 If you don’t happen to have old metal pieces lying around, cardboard will do just fine. Instructables user Honus has created step-by-step instructions for building your own Boba Fett costume from little more than cardboard, foam board and some drop cloth. 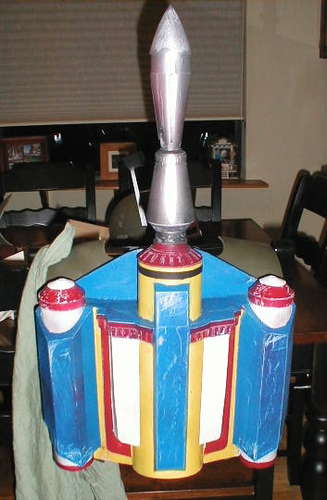 Crucial for the jet pack: four old soda cans. Gotta love it! And if the materials are recycled, so much the better! 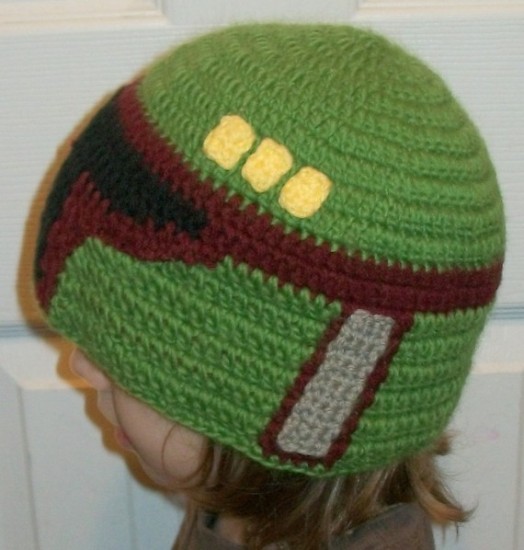 Speaking of creative headgear, what better thing to do with an old ball of yarn than use it for this project? This crocheted hat can turn bounty hunters big and small into Boba Fett — and we’re not just spinning a yarn here. 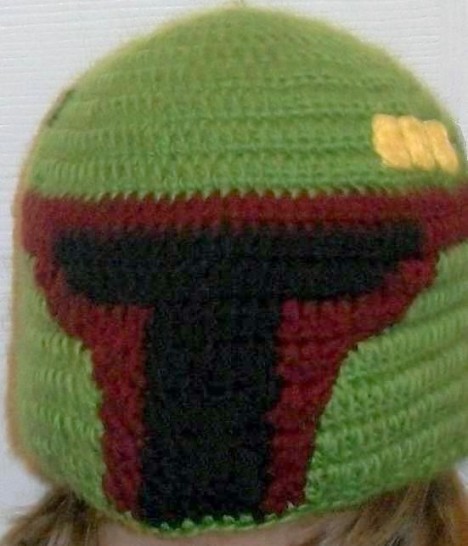 The hat’s minimalist design focuses on the helmet’s trademark features and got the color scheme bang on — or should we say head on? 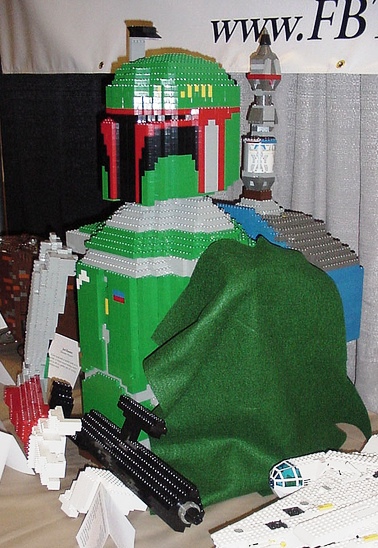 Building brick by brick will produce a solid Boba Fett made of Legos — or at least the head and torso, as in this case, snapped at a Star Wars celebration in Indianapolis. Though helmet and jet pack came out very nicely, we’re missing the detail on the armor and on the gun. 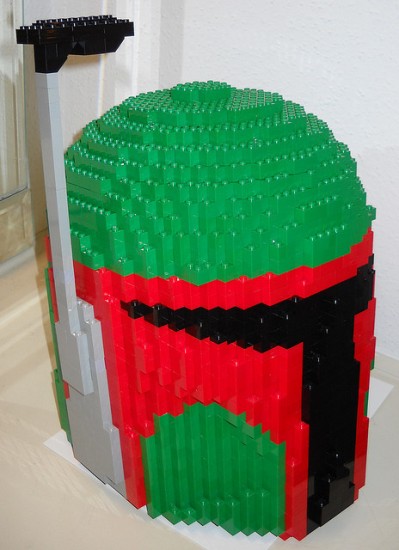 Here’s another take with just the helmet, though a solid one. Very impressive! And thinking about it, a wearable Lego helmet might get a bit claustrophobic, though you’d have to ask Lego Fett (see above)! 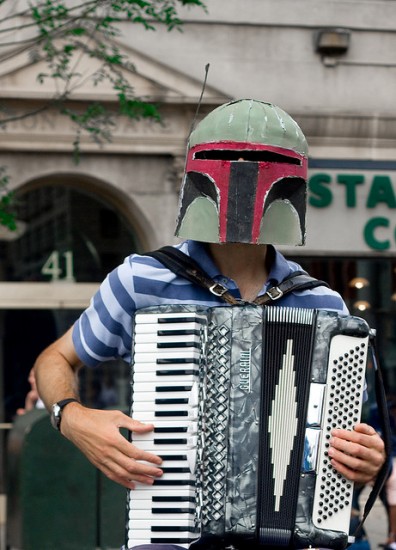 Times are tough these days, and the recession has hit even Boba Fett. Not only did the bounty hunter have to swap his trademark metal helmet for a recycled cardboard one, but he’s also had to learn to play the accordion! 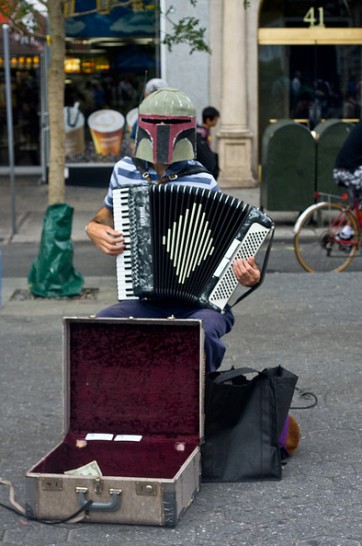 He was spotted in New York’s Union Square, trying to earn enough money for an overpriced cup of coffee. 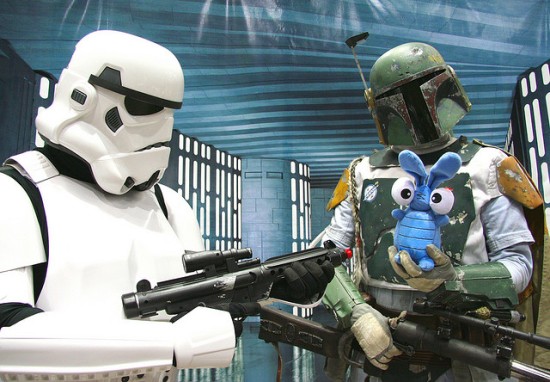 If you have a few really banged-up pieces of metal, just paint them in the trademark green and red of Boba Fett and bang them up some more. They make for a great costume! In this picture, tough boy Boba had to be threatened at gunpoint by a Stormtrooper to hold that cuddly stuffed rabbit for even a second. Or maybe it was the fugitive he was meant to return. Sometimes he just hates his job… 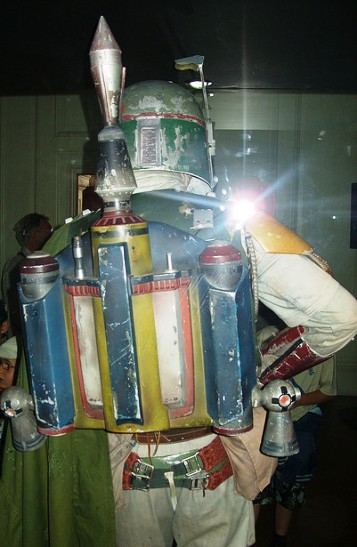 Nevertheless, with that jet pack, he looks like the real, tough deal from behind. 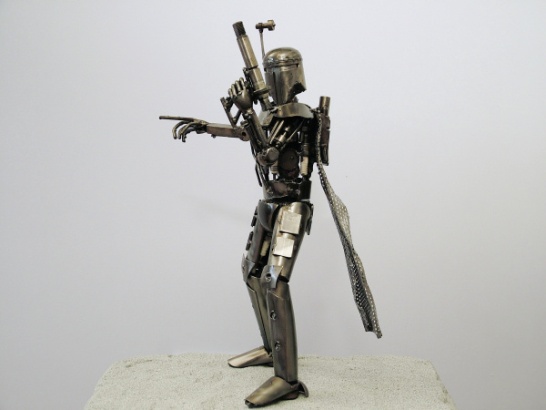 More elaborate than the minimalist Fettbot (see above), this 18-inch-tall Boba Fett metal sculpture features a huge range of metal scrap parts used to work out each and every detail of the Star Wars bounty hunter. The piece came from the workshop of Bangkok-based scrap metal sculptor Mai Sudjai. Though a fine art sculptor by training, Mai switched to scrap metal sculptures when the recession hit in the late 1990s. Starting with only a few dozen parts per sculpture, Mai worked his way to hundreds and even thousands of parts as demand grew. Today, his workshop supplies commissioned works for private collectors, museums, arcades and even Hollywood. 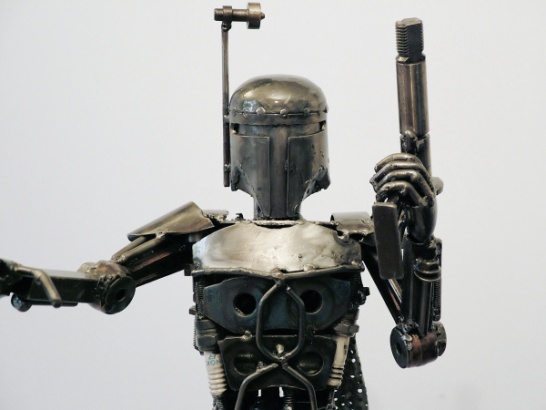 The Boba Fett sculpture pictured here is made from dozens of parts, including screws, bolts, spark plugs, nails and metal parts from local scrap yards, and weighs just over 8 pounds. For every detail, be it the helmet, jet pack, body parts or gun, the workmanship is mind blowing. A clear favorite!

This brings us to the end of our list, but because 10 entries are really not enough to showcase all the creative energy (or should we say the force?) out there, we have a bonus entry that is just, er, Bobalicious. 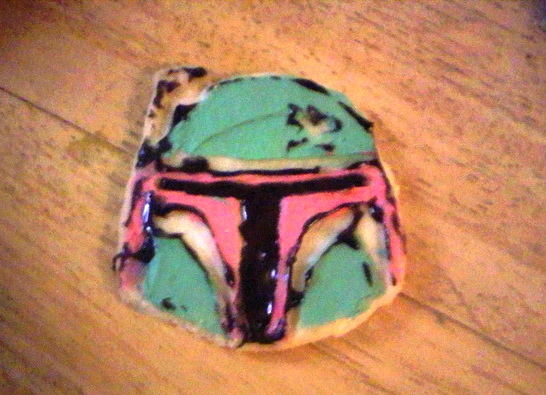 Yes, if it’s nourishment you’re looking for, you could always make yourself a Boba-Cookie out of some leftover ingredients in the cupboard. Yummy!