No space is too small to be recycled into something useful. Old phone booths, for example, can be repurposed as libraries, aquariums or any number of other incredible things. 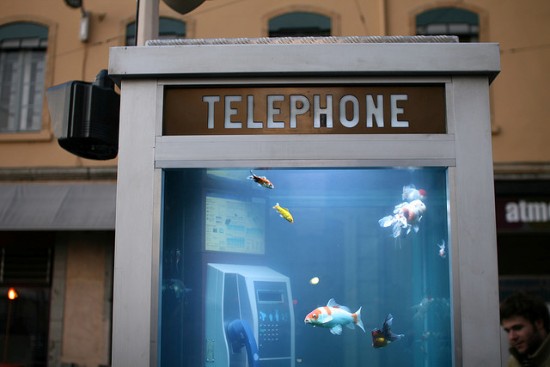 The phone booth, all the rage when it was invented by William Gray in 1891, has today sadly all but disappeared from public places. Yet while cell phones have taken over, ironically, the need for a quiet space like a phone booth is more urgent than ever. 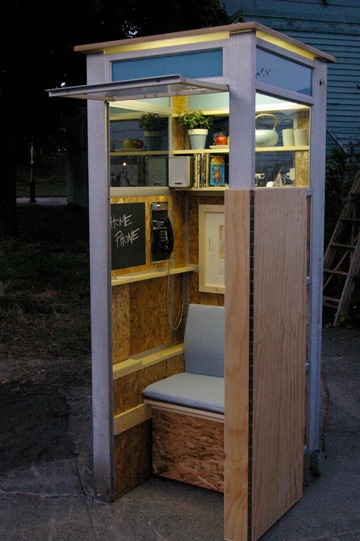 A trip to the Virgin Islands will allow you to explore this special phone booth. And it’s not only a very lonely phone booth, standing there on the dock at Leverick Bay, but it might also be the world’s loneliest shower. Yes, you heard right: This phone booth has been converted into a shower. 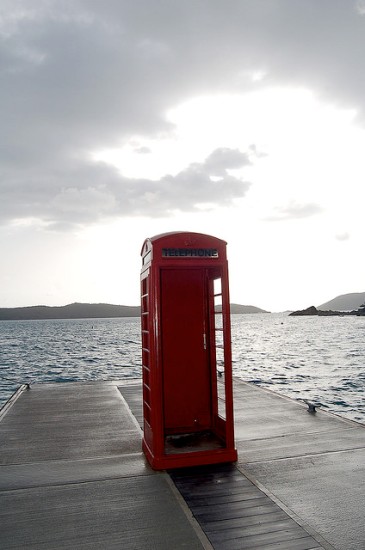 As a closer look reveals, the booth has been stripped of its original equipment (imagine making a phone call while having a shower!), which was then replaced with a shower head and a handle that looks like an old-fashioned flush. 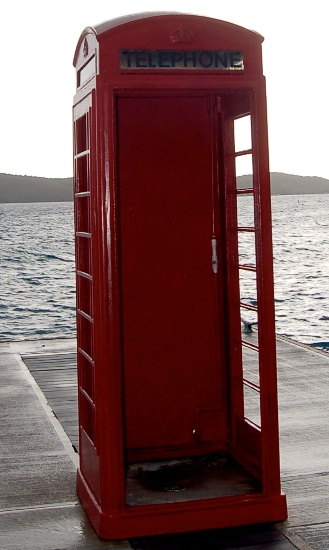 Remove the door, add a drain and voilà, there’s your functional shower. 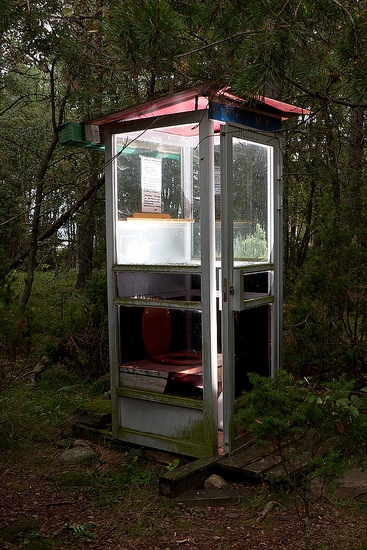 In Säppi, deep in Western Finland’s wilderness, you will find a phone booth of a special kind. Moss covered yet well lit, it provides relief to those in need of it after a long march through the forest. 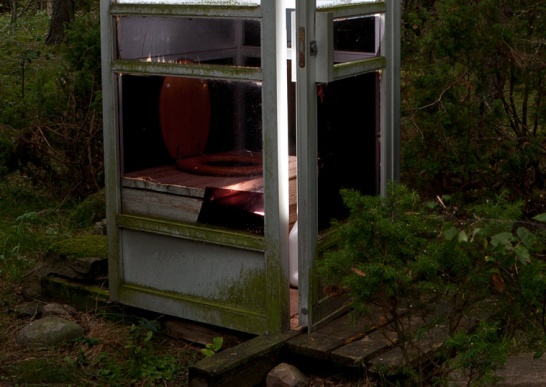 We are talking about an outhouse — flushless, mind you — that might not provide the most privacy, given its transparent nature, yet is a better option than going in the bushes. We love the inventive spirit and just hope the ventilation’s good!

This old red phone booth doesn’t invite people to make a call, but instead to enter a pub. An ingenious way of recycling and advertising at the same time, it also seems a particularly creative means through which to invite a hungry or thirsty lot in. It can be found in Regesbostel, a village of just under 1,100 in Germany’s Lower Saxony district of Harburg, close to Hamburg. 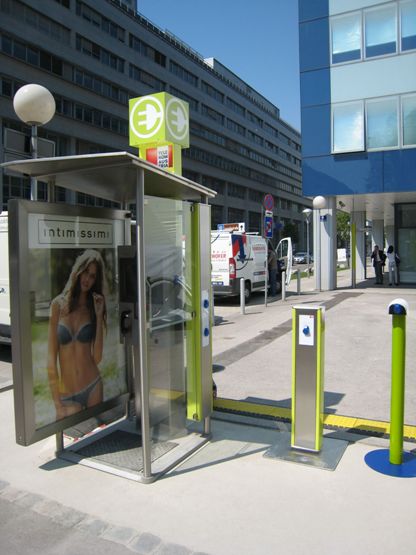 Owners of electric cars in Austria have a reason to be happy, or perhaps two actually: Not only will a good percentage of Austria’s sleek, modern phone booths be turned into EV charging stations, but the service is also free during the initial trial period. It’s the brainchild of Telekom Austria, which had to find new uses for 13,500 phone booths that are to be phased out. 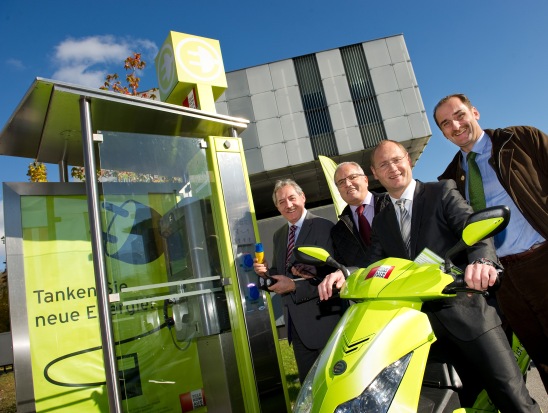 The move is very forward thinking, for while Austria currently has only 223 registered electric cars and 3,559 hybrid cars, that number is expected to skyrocket to 405,000 by 2020. Then all those cool charging stations will come in handy. 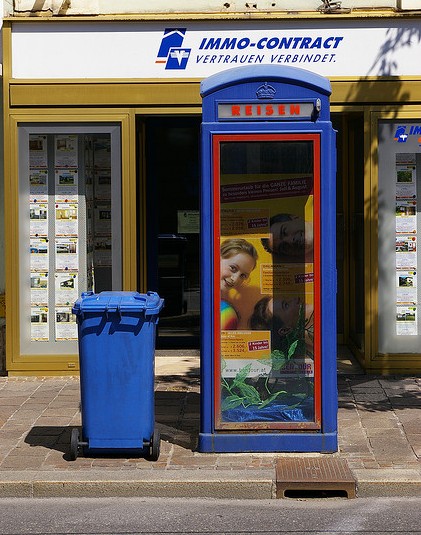 Speaking of advertising, this old phone booth in Korneuburg, Lower Austria, has been painted a bright blue, decorated with a creeper and the sunny promises of a travel agent (the bright red “reisen” on its top means “travel”). We can’t see a handle on the door, so those interested may have to inspect the offers through the glass. The matching bright blue trash can seems to belong to the business behind — a real estate agent not related to the travel agent. Yet it’s not a bad spot for one, as new home buyers may want to relax and take some time out in the sun after their exciting acquisition. 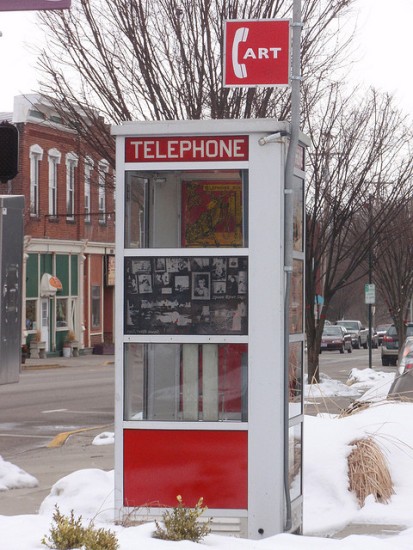 The phone booth pictured above, aptly advertised with a sign saying “art,” is the centerpiece of the Phone Booth Project, whose aim was to turn a simple phone booth into an art gallery. Located at the intersection of Dayton and Walnut streets in Yellow Springs, OH, the phone booth featured 12 different site-specific projects, performances and installations between October 2009 and September 2010, invited by artist Migiwa Orimo. 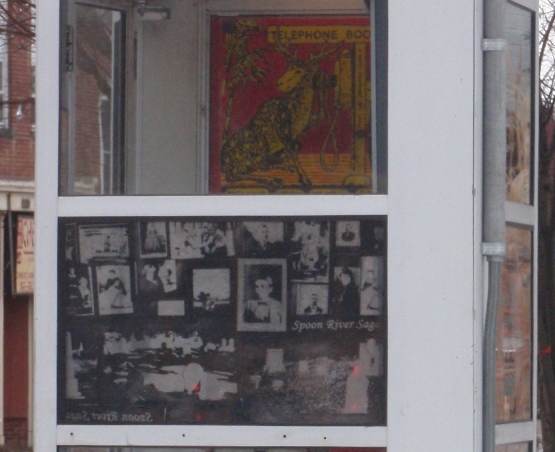 Featured above is “Spoon River Saga,” a collaboration of various artists. Needless to say, the year-long project was a success and even had its own blog. The project proves that no space is too small when it comes to creativity and art. 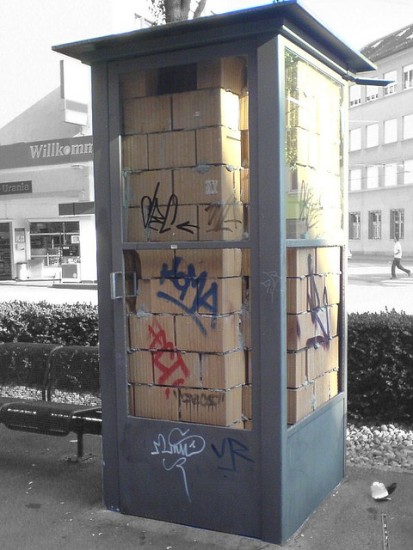 It’s pretty clear that this old phone booth in Biel Bienne in Berne, Switzerland, is not in use anymore. What is unclear is whether the phone booth has been properly walled up or if the bricks are merely stored there. In either case, it’s an intriguing sight. 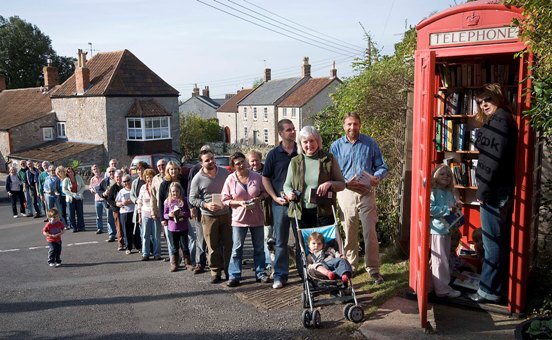 The world’s smallest library fits into a phone booth! The ingenious idea came about through an unfortunate coincidence. The 800 residents of the village of Westbury sub-Mendip in North Somerset, England, lost their only phone booth and their mobile library service at the same time in 2008. The villagers didn’t want to lose either, and instead of giving up, combined the two. They bought the phone booth for a symbolic sum of £1, installed four shelves in it, and waited for the books to come in. As the project got underway, Janet Fisher, a resident and the originator of the idea, explained how it was going: “Well, the books are coming from everybody. We started off with four empty shelves and within a very few days, the villagers had brought books that they read and enjoyed and they didn’t bring any rubbish; it was all lovely stuff and they’re exchanged on a regular basis. People bring a book and take a book. It’s never locked, so it’s open all the time, and there are now DVDs and CDs and we have a box on the floor for the children’s books and that’s very popular, so it’s just taken off.” 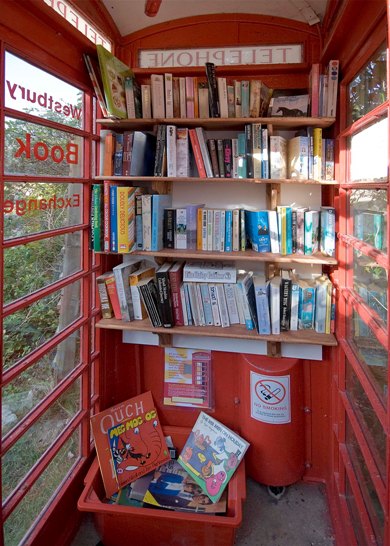 Currently consisting of 150 items, the 24-hour library has reached full capacity. However, the system’s only rule — you borrow one, you bring one — ensures the books are never the same, so the residents of Westbury sub-Mendip always have something new to choose from. Since then, the idea has caught on elsewhere too; click here to see where. 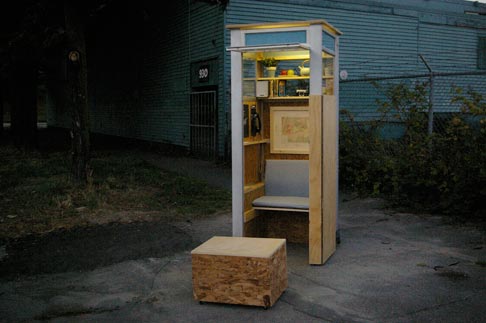 A shelf, a radio, a few books, a small sink (on the right side), a desk and even a bit of privacy — we actually don’t need much to unwind. At night, the seating area of this former phone booth can be converted into a bed.

Home Phone is a special project by Vancouver, BC-based Contexture Design co-founders Nathan Lee and Trevor Coghill. In view of a rise in homelessness worldwide, it explores the concepts of home and shelter. The designers explain the thought behind Home Phone: “As cell phones become commonplace, public phone booths no longer line city streets. Fine for some, but the homeless rely on phone booths to connect with services and communities outside their own. Contexture views the loss of phone booths as a loss of public infrastructure in cities. Addressing the need for public phones and housing for the homeless, Contexture reworked the phone booth and created a small, stylish home — a ‘Home Phone’ — in which a person can sleep, wash, read and write, stow belongings or make a phone call.” 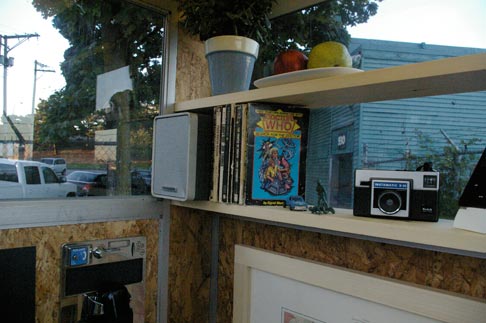 Though not meant as a realistic solution to homelessness, Home Phone could be a surprisingly homely one, that, at least on a warm summer night, beats the park bench by lengths.

Probably the most stunning and ingenious reuse of an old phone booth is this one, created by light designer Benoit Deseille and artist Benedetto Bufalino. As a street art installation demonstrating urban invasion, the two Frenchmen displayed their aquarium phone booth as a contribution to the Lyon Light Festival in December 2007. It was later displayed again on the island of Mauritius as part of the Diwali celebrations in October 2009. 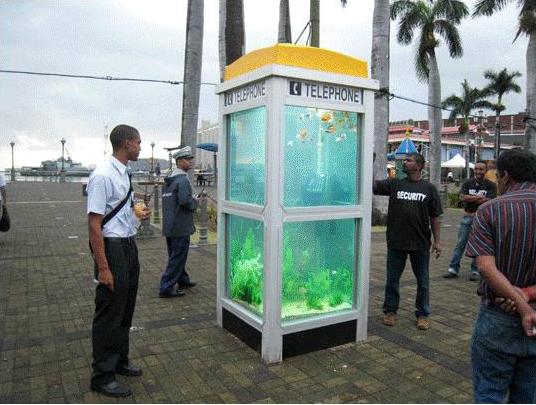 The artists explain their motivation behind the piece: “With the advent of the mobile telephone, telephone booths lie unused. We rediscover[ed] this glass cage transformed into an aquarium, full of exotically colored fish; an invitation to escape and travel.” 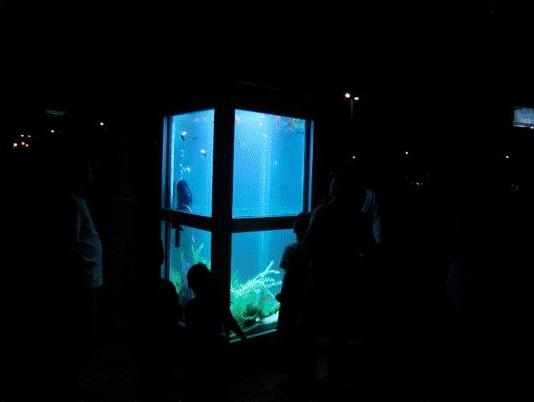 It sure is a stunning piece of urban art, and more useful than a phone booth that might never have worked properly. And it certainly seems to have a calming effect on passersby who are stopped in their tracks by the sight of the beautiful fish. 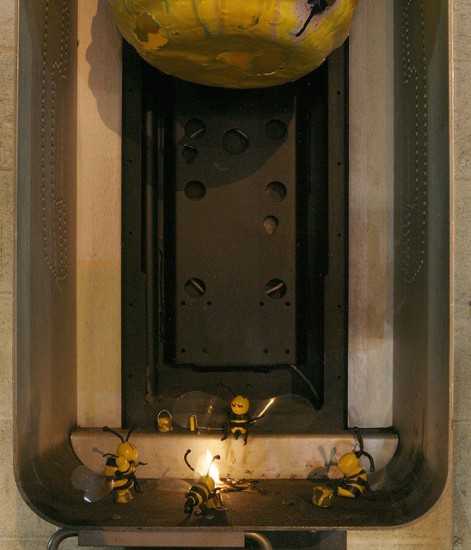 As a bonus entry, this old payphone shows that there’s still quite a bit of life in it. What better way than closing with the thoughtful quote by the bumblebee phone’s creator: “Telephone companies have been abandoning their public telephone booths by taking out the phones and leaving the structures behind. (Probably due to the rise in cell phone users.) I want to reuse these structures as a way of communication with the public once more by replacing that empty space with papier-mâché beehives. To me, this symbolizes the irony behind the question, ‘Where have so many of the bees gone?’ and the theory that cell phone signals have been misguiding their normal patterns of migration.” Sources: 1, 2, 3, 4, 5, 6, 7, 8