The e-waste recycler’s seventh location is its first in the Southeast. 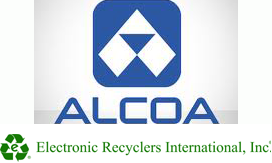 “It’s just fantastic that they’ve chosen our little town as the site for their southeast operations,” said Badin Mayor James Harrison. “ERI is the largest electronics recycler in the world.” Company chairman John Shegerian made the announcement Monday before a crowd of Stanly County business and civic leaders and state officials. Shegerian said the company operates six other sites that together recycle 140 million pounds of electronic products each year, including computers, cell phones and printers. The company’s other plants are in California, Washington, Colorado, Indianapolis, Massachusetts and Texas. Some of ERI’s top customers are Best Buy, the Salvation Army, Samsung and the U.S. government. “There is incredible growth in the electronic waste industry, and we are excited about expanding into North Carolina,” Shegerian said. ERI plans to begin hiring 20 to 30 employees for its startup operations this summer, Shegerian said. The company will operate in a temporary site nearby until the 165,000-square-foot permanent facility is ready in January, he added. Alcoa officials have pledged $5 million to improve the space, matching a $5 million investment by Electronic Recyclers. “”Most of the credit should go to Alcoa,” Harrison said of the ERI announcement. Harrison said Alcoa has been actively recruiting new industry for idle factory. Alcoa also has a 50-acre undeveloped parcel in Badin that is available and another 535,000 square feet inside the former plant still available. “I hope this is the icebreaker that will encourage other companies to come look at this site,” Harrison said of the ERI announcement. Alcoa has been an integral part of the Badin community since it opened the aluminum processing plant in about 1920. Alcoa also built four hydroelectric dams on the Yadkin River to provide power for the smelting operation. Economic factors caused Alcoa to phase out its Badin aluminum works and eventually close the plant in 2007, Harrison said. The company has continued operating the dams and selling off the electricity generated. Federal permits for the dams are now in contention, as the company seeks to renew a 50-year license to continue harnessing the river’s power for power generation. Harrison said he likes that fact that the electronics recycling operation is a green industry that will be good for Stanly County. Electronic waste, also known as e-waste, can be anything that uses electricity or takes batteries. Some contents in these items, such as battery acids and heavy metals, may contaminate dirt and groundwater if disposed of improperly. Many retailers and governments have started asking consumers to return their inoperable or unneeded products for recycling rather than tossing them into the landfill. “I knew nothing about electronics recycling until this came along,” Harrison said. “Now I realize that 82 percent of our e-waste has been going into the landfill and only 18 percent is property recycled.” By the time an electronic product goes through ERI’s recycling process, and valuable materials are extracted, “about the only thing you have going to the landfill is dust,” Harrison said. “This is the way we need to go in the future,” he added. Dignitaries scheduled to appear at Monday’s announcement included U.S. Congressman Larry Kissell, State Sen. Bill Purcell, State Rep. Justin Burr and Stanly County Commissioner Josh Morton.