Stuck with a Bunch of Styrofoam? Here’s How to Recycle Styrofoam!

The petroleum-based foam is detrimental to the environment and clogs up landfills fast, so reuse when you can! 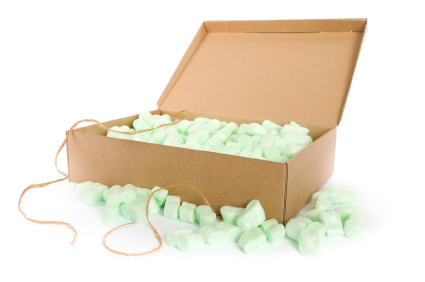 What’s white and insulating and airy all over? You guessed it: expanded polystyrene foam plastic, the king of all cushioning materials (at least for the last several decades). Like Kleenex, Q-tips and countless other ubiquitous everyday products that end up becoming a part of our cultural lexicon, this lightweight packaging material — trademarked by Dow Chemical Company as the Styrofoam that we all used to know and love — enjoyed a long and prosperous career until people began scrutinizing its ecological impact. For a product composed of 95% air, it’s difficult to imagine that polystyrene is so hard on Mother Nature, and yet the reality of the petroleum-based white stuff is that during its manufacture, a number of detrimental chlorofluorocarbons (CFCs) are involved — including coal- or petroleum-derived benzene (a known carcinogen), styrene (an EPA-classified potential human carcinogen) and HCFC-22 (found to be “three to five times more destructive to the ozone layer than previously believed”). While the majority of these compounds deplete our protective atmospheric ozone, to be perfectly fair, just 3% of our planet’s total global CFCs are the result of expanded polystyrene foam. There’s a lot more to Styrofoam’s bad eco-rep than meets the eye, however. Among its most troubling aspects: You can do your best to intentionally avoid Styrofoam by exclusively purchasing brands such as Dell that use eco-friendly packaging alternatives, but it’s easier said than done, because the majority of today’s electronics manufacturers are still clinging tightly to the white stuff. So, let’s look at this situation realistically, shall we? Inevitably, you’re going to end up with expanded polystyrene foam plastic whether you like it or not. Here’s how to make sure it ends up doing more good than harm: