If you had any doubts that the predatory praying mantis is one lean, mean machine, these images of recycled steampunk mantises will clear your doubts once and for all. 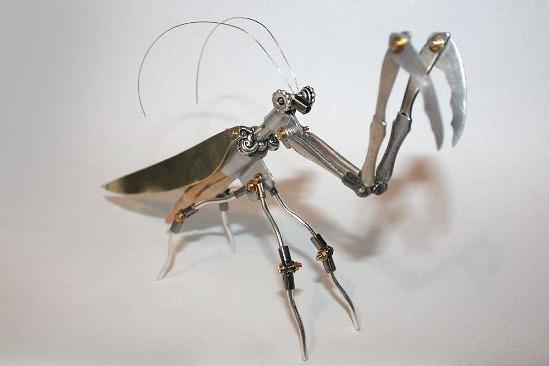 Mantodroidea pugna Image: Tom Hardwidge All images courtesy of the artists and used with permission.

For many, the praying mantis (mantis religiosa) is one of the coolest creatures nature has to offer. With their long forelegs, prayer-like stance, compound eyes and long antennae, mantises already look like alien creatures. 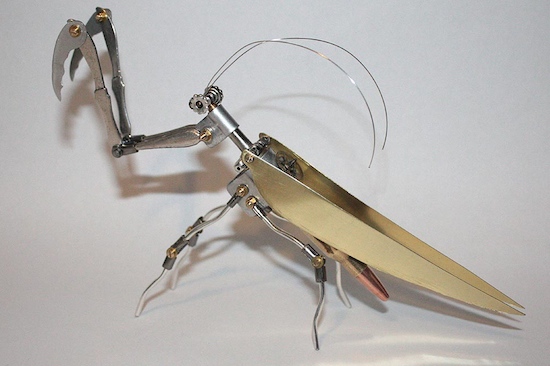 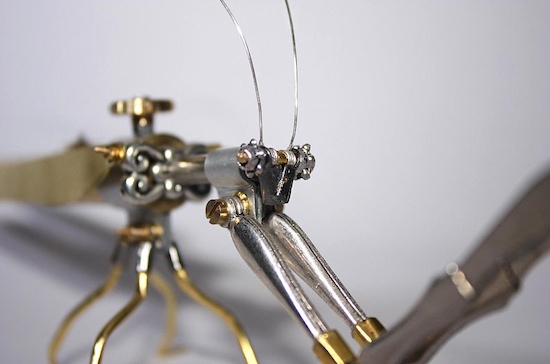 What’s more, when mantises go steampunk, with the best of what one’s toolbox has to offer, our jaws quite simply drop in awe — while the retro-futuristic creatures get ready to pounce on us! Here are seven of the best. 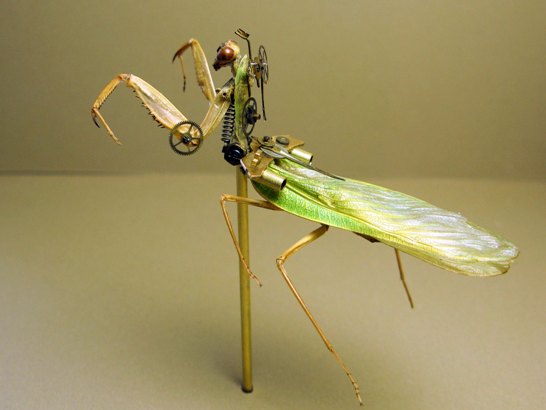 For steampunk fans, Mike Libby is a household name. He takes actual dead bees, ants, bugs and grasshoppers, then recycles and steampunks them by adding gears, motors, joints and more. This 5.25-inch-long mantis was outfitted with brass and steel gears, parts and springs, and looks positively divine. 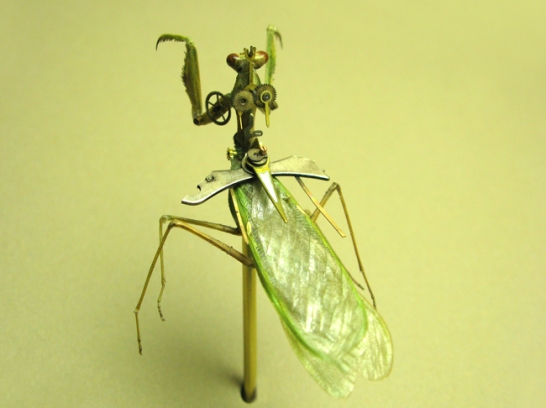 Given the slightly bizarre nature and alien-like qualities of mantises, the mechanical gears do not look out of place. In fact, we can just picture the mantis putting its goggles on, turning its own key and buzzing off into the ether. For $800, this mantis can be yours — but you can also buy a print. 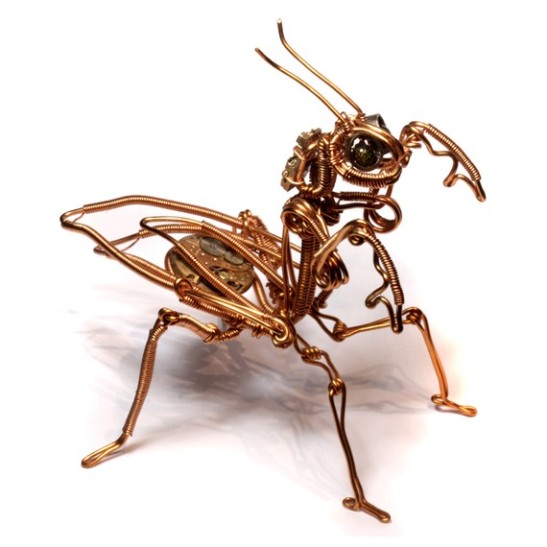 Montréal-based artist Daniel Proulx merged the mechanical with the organic by creating this amazing steampunk praying mantis from copper wire and antique clock parts, with green crackle glass used for the eyes. 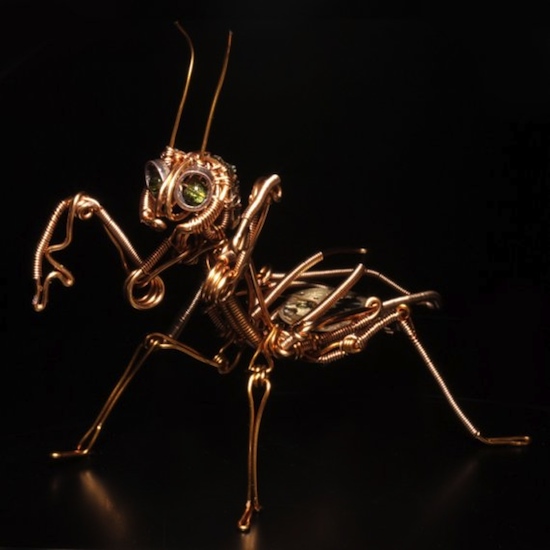 This copper mantis looks very determined, especially against a stark black background and in profile. The whole sculpture measures around 6″ x 5″ x 5″, and it is quite amazing to see how leftover wire pieces, springs, bolts, screws and other objects you might find in your garage or toolbox can be transformed into an extraordinary steampunk creation — at least in Proulx’s capable hands! 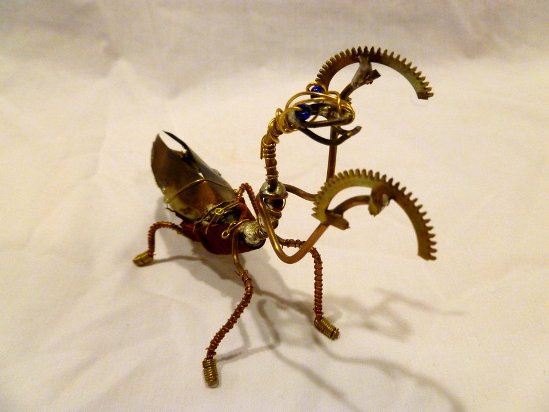 Here’s another awesome steampunk mantis creation. Though the mantis’s spiked forelegs — so perfect for holding prey in a death grip — are not rounded in nature, the use of semicircular metal shapes works in this case. In fact, the repurposed cogs become the insect world’s answer to saw blades, making this creature look positively dangerous. 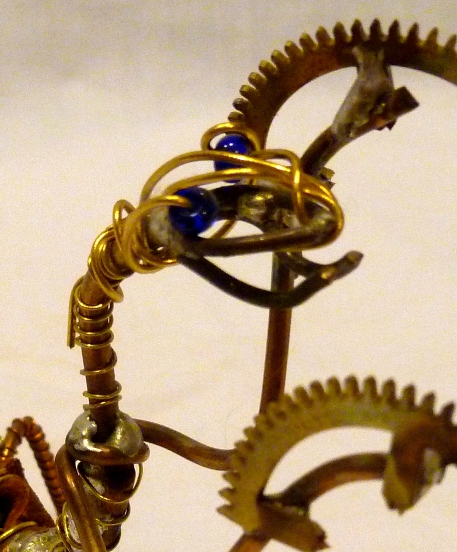 The use of an oval metal plate for the mantis’s body gives this critter a roach-like appearance, adding to its bad boy image. In reality, termites and roaches are the mantis’ closest relatives. Amazing what you can accomplish with a bit of old wire, some clockwork and metal parts, glass beads and a lot of creativity! This one’s definitely a winner! 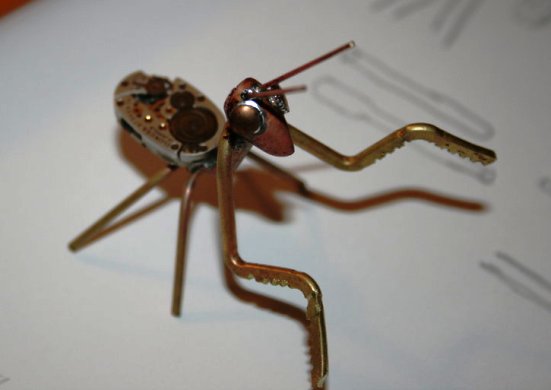 Sacramento, CA-based steampunk designer Paul, aka Malueram, opted for the minimalist approach with his steampunk mantis. Focusing on only the mantis’ most distinguishing features — the forelegs, the stance and the flat body — here’s a creation that proves that less is more. We especially love the serrated wire forelegs and the body, which looks like a cross between an old battery and a mean, lean steampunk machine. 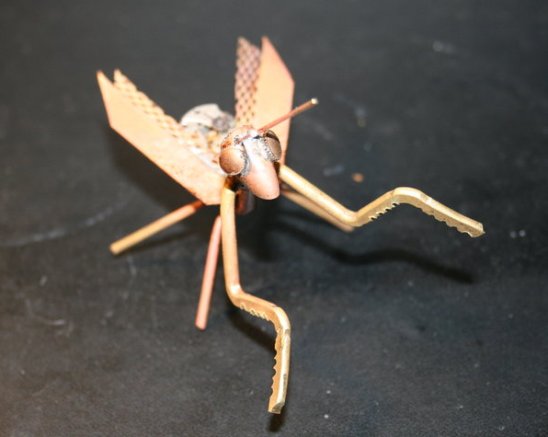 And let’s not forget the improved version with wings, shown here. Could you think of any better use for an old piece of perforated metal? 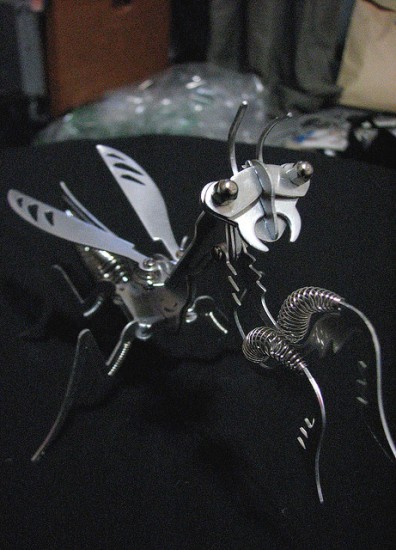 This steampunk mantis is a purely aluminum creation. Sleek in silver, it seems to rest quietly, ready to pounce. The springy forelegs are especially cool. With a bit of modification, the mouth parts look like they might double well as a bottle opener, don’t you think? 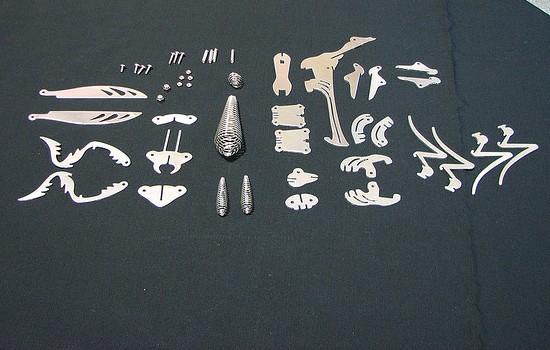 This image shows the rough parts you will need to build your own steampunk mantis. Though this is a DIY kit (yes, they are available), it is much more fun to search your toolbox for spare parts that fit the bill. Screws, nuts and bolts are a given, and for the rest, an old pen knife, watch gears and metal odds and ends will provide you with what you need, as we have seen. Happy building! 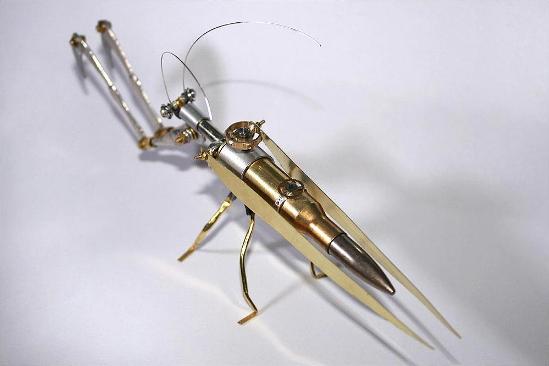 Speaking of household names, English artist Tom Hardwidge is another one when it comes to steampunking insects. Though he doesn’t use real insects, he studies them meticulously and then creates numerous drawings before bringing his mechanical creations to life. 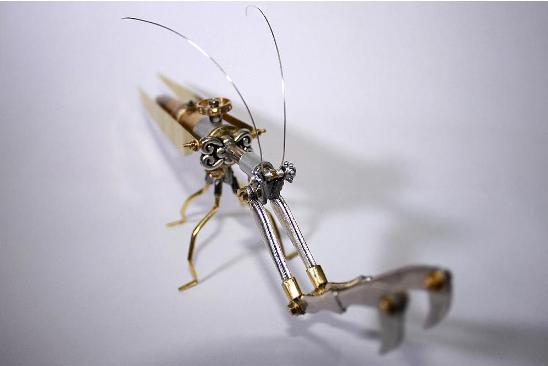 The main materials used for each of his arthrobots are repurposed pieces of inactive ammunition. In addition, Hardwidge gives each creation a phylum, class and order. The mantis pictured here is a mantodroidea aurum from the phylum arthrobot (what else?), and is in the machinsecta class and order of mantodroidea. The mantis is so delicately and masterfully crafted out of gears, nuts, bolts and old ammunition that it almost looks like it’s real and not a piece of creative repurposing at all. 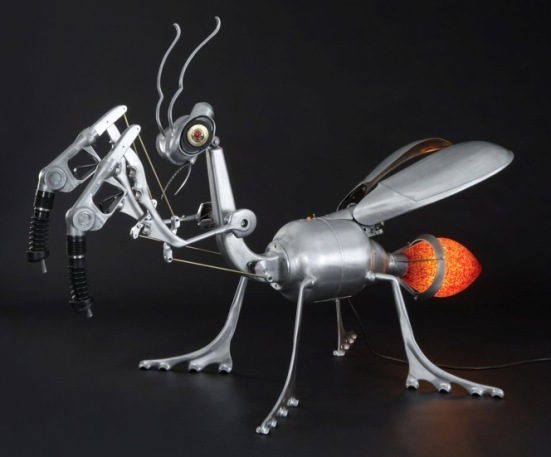 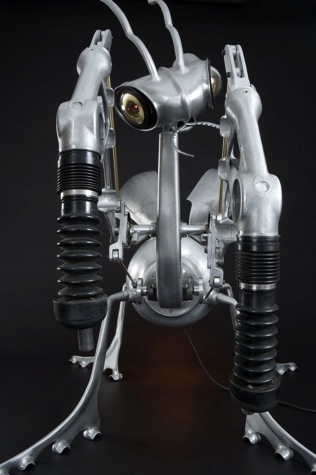 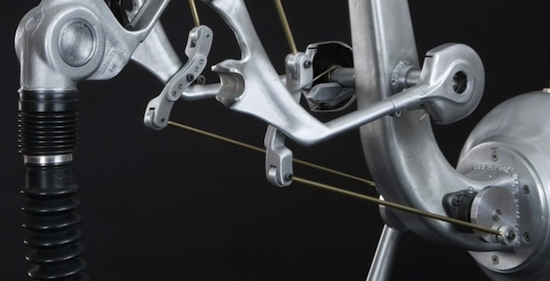 Can you find them all in the images of the completed piece? 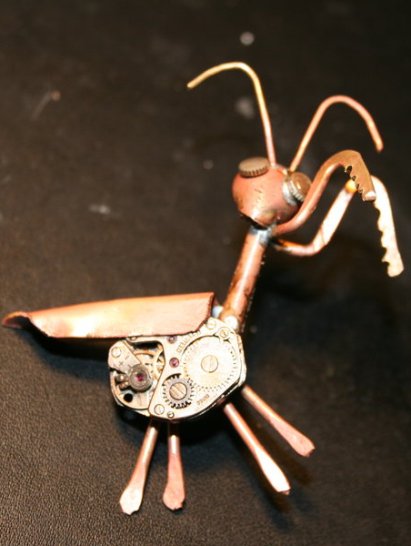 If you want to wear your love for mantises and steampunk on your sleeve (or collar or pocket for that matter), just put on this mantis pin. Creator Paul designed this two-dimensional version after his sculptures turned out to be too spiky to be worn as jewelry. Makes the mantis look deceptively cute! Though we could look at and talk steampunk mantises all day, this concludes our steampunk tour of this most fascinating of insects. The next time you find some springs and serrated metal parts in your garage, make sure to consider what a fine mantis they might make. And if this article inspired you, send us a snap of your creation! Additional source: 1