Graffiti artists, take note: Really cool stuff can be made from old spray cans! The objects shown here are both functional and stylish! Shout-outs to the makers! 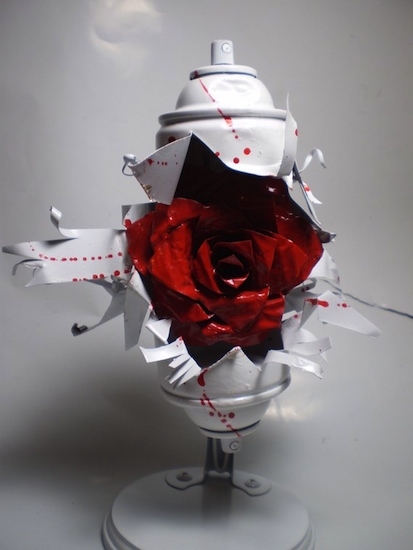 Spray cans have never been easy on the environment, but at least since the Montréal Protocol in 1989, environmentally adverse chlorofluorocarbons (CFCs) have been replaced by alternatives like propane, n-butane and isobutane gases, which are kinder on the ozone layer. 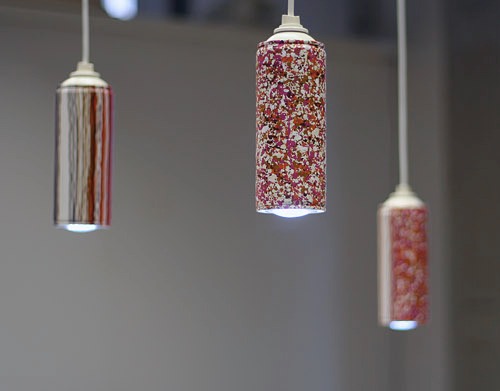 Still, one question remains: what to do with the can once its contents are depleted? As these amazing examples show, there’s a whole lot you can can do with empty spray cans — turning them into beautiful lights, decorative artworks and even furniture. 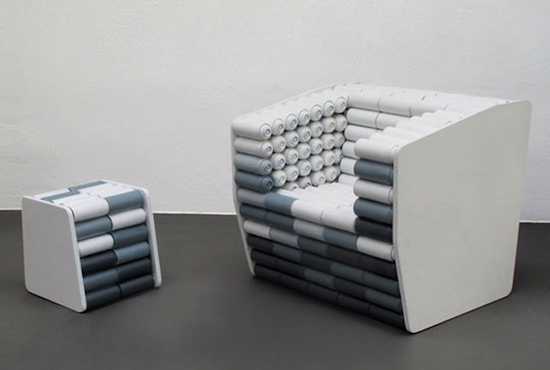 Yes, graffiti artists take note: Once you’re done creating your latest addition to the street art canon, consider another direction for your creative energies — while finding an awesome new use for those old or discarded aerosols. 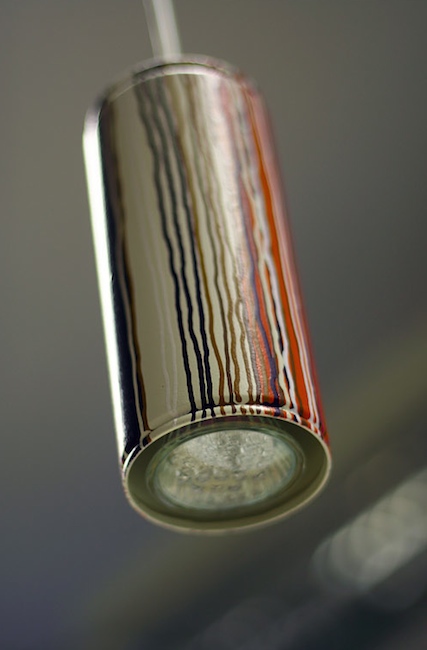 The eight-member creative collective that is Zek was formed in 2001; the Ljubljana, Slovenia-based studio specializes in advertising and design. These unique lights, called Can Delight, make full use of recycled spray cans, with incredible results. 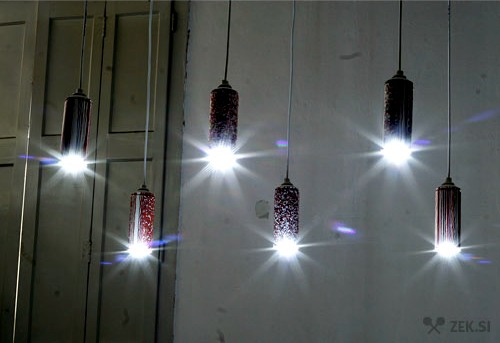 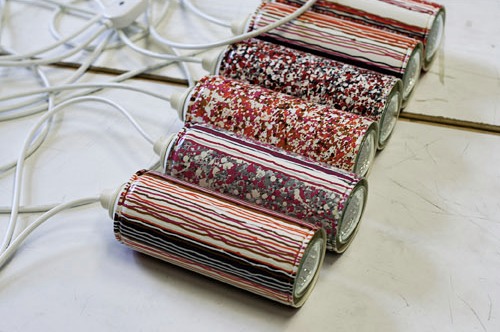 This awesome lighting concept was Zek’s contribution to the recent Lighting Guerrilla Festival competition and was chosen among the 25 best entries. We can easily see why!

6. Spray Can Chair for Two

London-based graffiti artist MadC usually specializes in murals and other graffiti art pieces, which can be found all over the world. However, one day she looked at all her empty spray cans and wondered what to do with them. She stripped them of their labels, polished them and attached them to a frame, and — voilà! — the result was this incredible spray can chair for two. 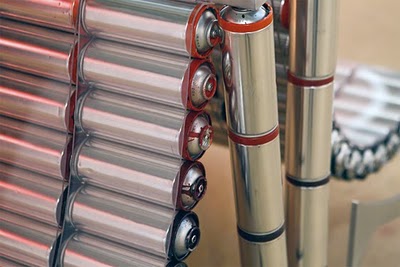 Made using more than 100 spray cans, the chair not only looks cool, but, with its gentle curve, is also comfortable and accommodates at least two people. Perfect if they don’t want to look at each other — or if they both just want to read a book! We love it. 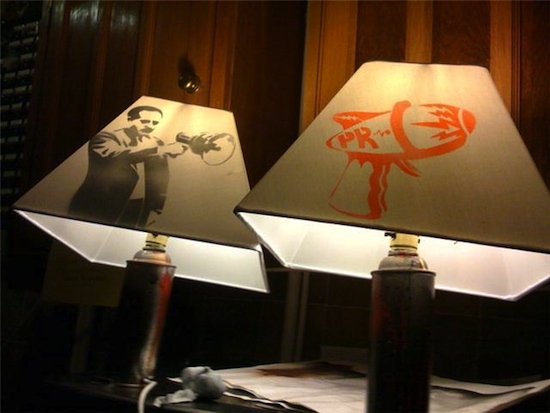 In this next example of repurposing goodness, old spray paint cans have been used as cool lamp bases. All you need to do is peel the paper labels off (or paint them silver), and drill a hole into the top ring, plus a small one at the bottom for the wiring. Then, superglue the lamp fitting to the can. As for the shade itself, you can use do-it-yourself stencil shades like creator Pablo did to make your spray paint lamp look really unique. 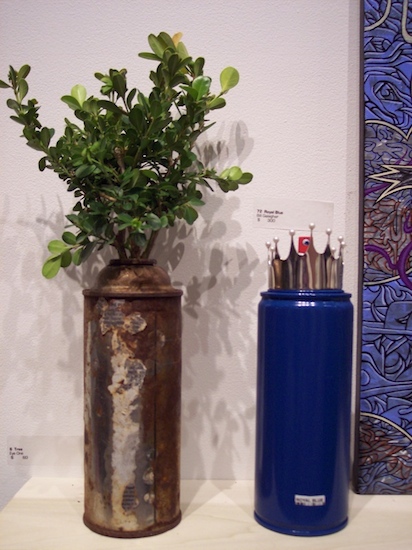 Here are two examples from the exhibition, “Canceptual,” that took place in LA’s Crewest Gallery, in which artists were asked to transform ordinary spray cans into objects of art. Adding functionality to this creative mix, some of them were transformed into vases, like those pictured here. 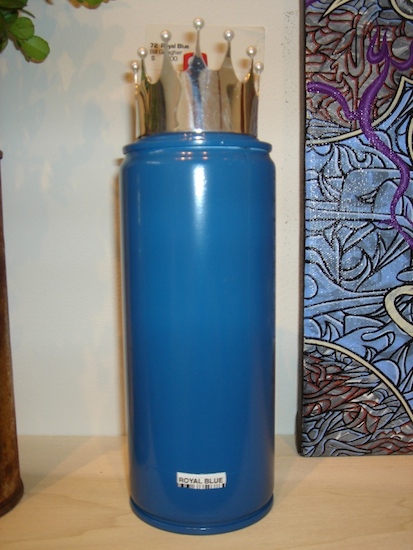 While the can vase, above left, by Eyeone was kept as natural (read: rust(y)ique) as possible, the one on the right by Bill Gallagher will give any bunch of flowers a “royal” touch, and is aptly called “Royal Blue.” A cool DIY project for a rainy afternoon, we think, and a great way to reuse old spray cans.

This cool desk lamp is made from an old Krylon spray paint can. The can’s bottom has been taken out to allow for a light bulb to be placed inside and the can light is attached to a swivel arm that clips to most surfaces. 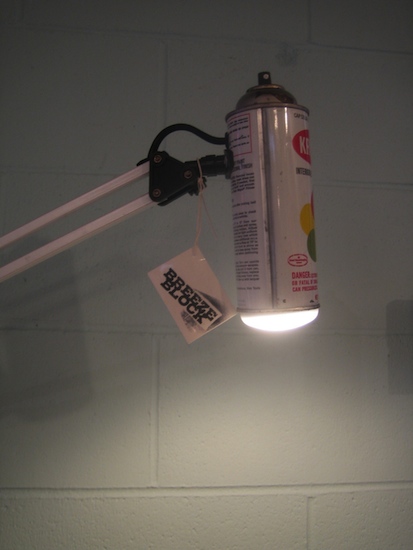 Fittingly, the lamp’s on/off switch is the spray nozzle. When cans are reused this creatively it feels wrong to complain about the bit of graffiti that they might have been used for — especially if it was a good piece. Paint it light! 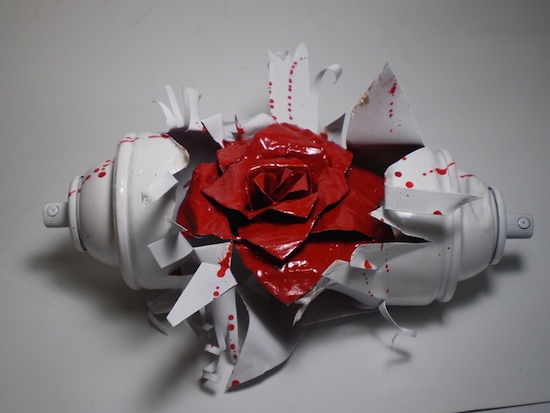 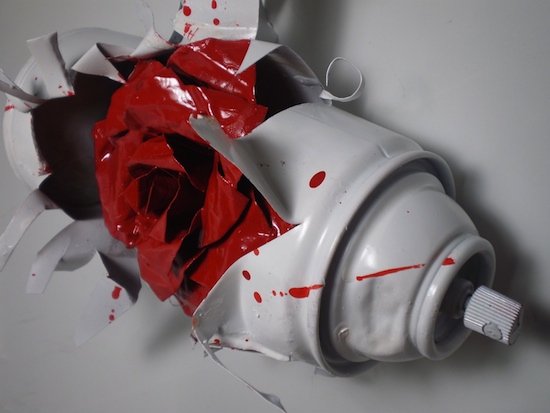 The 10” double-ended spray can above has a red rose — also made from 100% recycled spray cans — bursting out of its center, while the red splatters complete this decorative piece’s homage to its graffiti art origins. 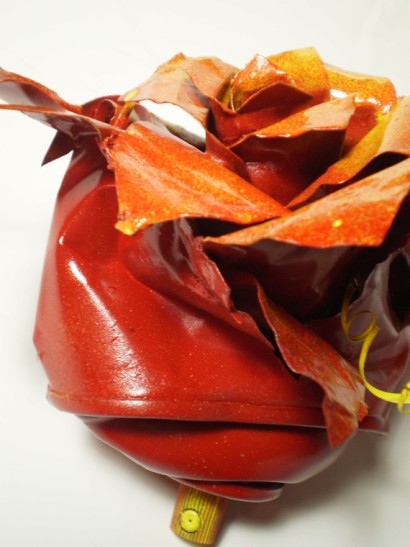 This old spray can is sprouting a beautiful yellow and orange rose, while the 12” x 4” design below utilizes a full spray can, decorated with a gold and silver rose. Don’t miss the nozzle as the flower’s stigma! 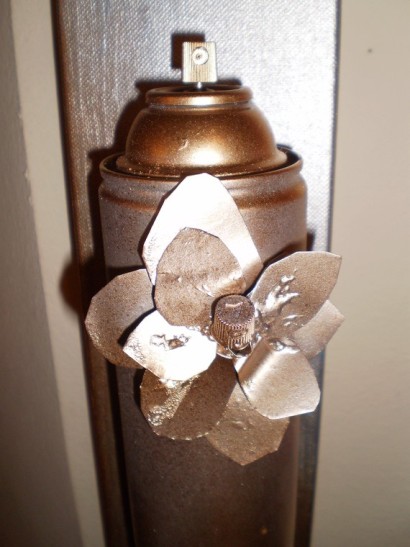 1. Spray Can Armchair and Matching Stool 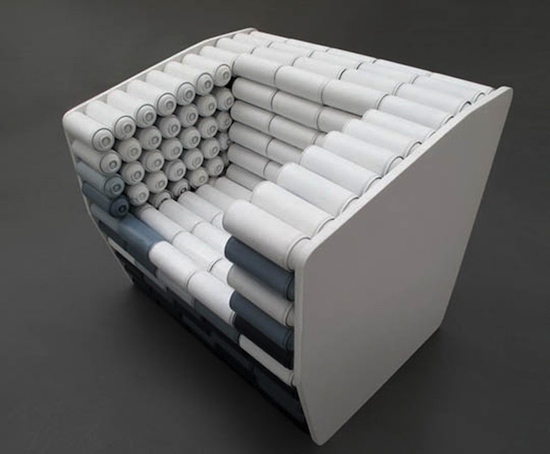 Italian designer Luigi Semeraro created this cool armchair with matching stool completely from recycled spray cans. The creative design is a nod to his street art activities, which he draws inspiration from, especially his graffiti collaboration with other artists. 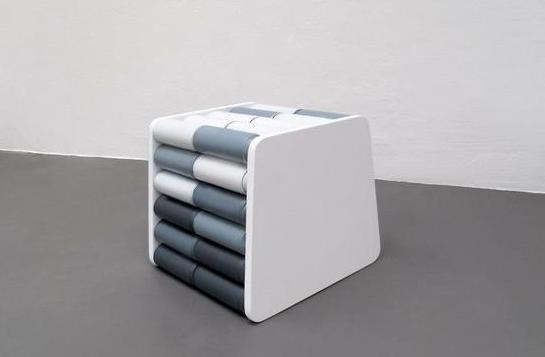 The limited-edition chair is made from more than 200 empty spray cans. And the design is as stunning as it is simple: The cans were attached in rows, leaving a gap for the seat. Two white wooden boards make up the sides and hold the armchair together. 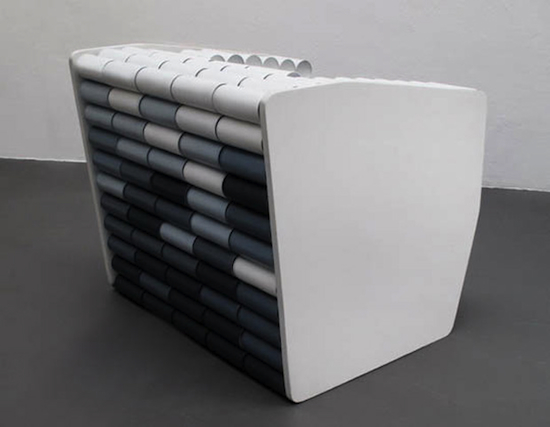 Though mostly white in color, Semeraro has added shades of grey and thus achieved a rather elegant look. The back of the armchair shows the effect nicely, somehow giving the impression that instead of spray cans, spools of yarn in different colors were used — until you see how the seat was made! 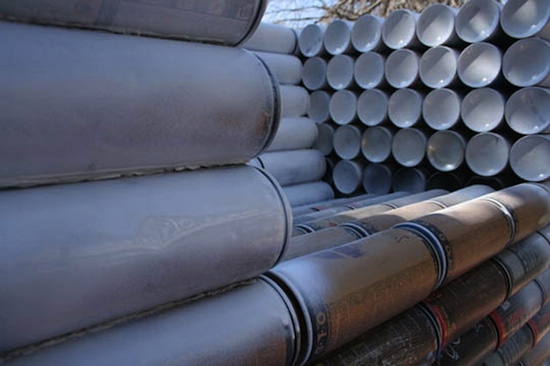 The armchair and stool were on display at Milan Design Week 2011. We’re hoping for further designs that can be customized with your own spray cans and colors. Popular with any graffiti artist, we’re sure! 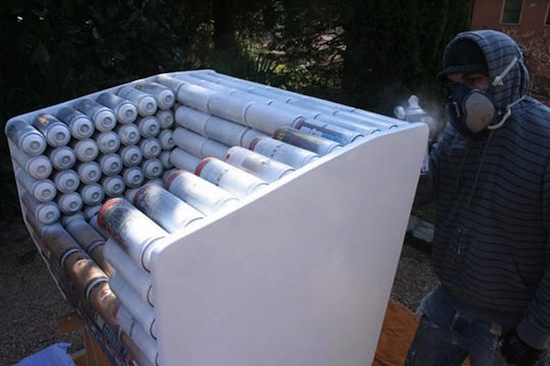 As a bonus entry, we’ve got these adorable spray can zapatistas, below. They’re made of three old spray cans, stripped of any reference of their former life, and redecorated nicely with creative patterns, buttons, paper arms, scarves and guerrilla masks. Nice! 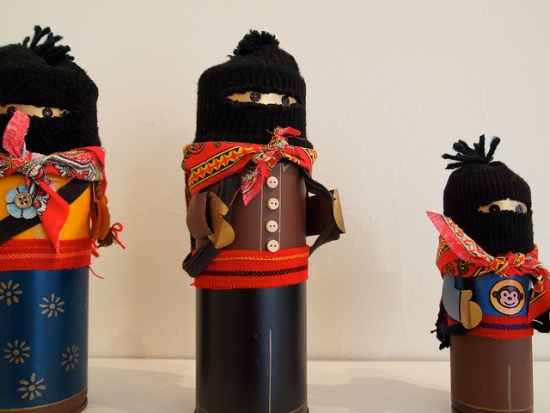 With so much creative genius at play, we’re in awe of how the once demonized aerosol spray can can be turned into something so useful and steeped in style. All it takes is the right can-do attitude! Additional sources: 1, 2