Though Canbots are shy critters, their creator, Orson Li, snapped some pics of his green friends in their natural habitat of Hong Kong. Recycling with a truly can-do attitude! 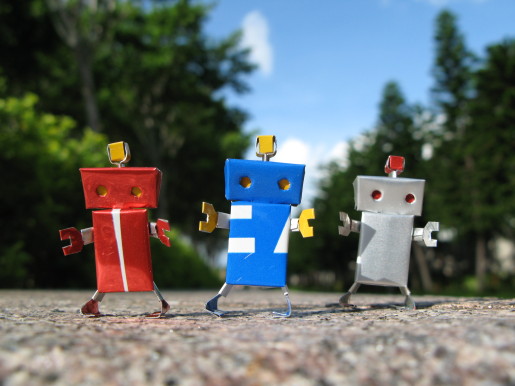 All images courtesy of Canbot and used with permission.

There once was a fearless little creature called Canbot who was born from an old soda can. Only 1.3 inches tall, his mission was to educate the world about recycling and how it could save the planet — thanks to awareness raised by little fellas like him.

Back home at the mother ship… 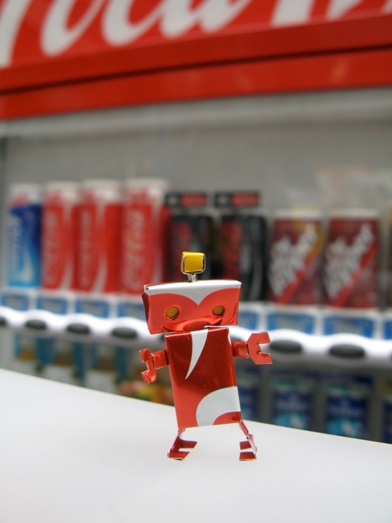 Look how high I am! 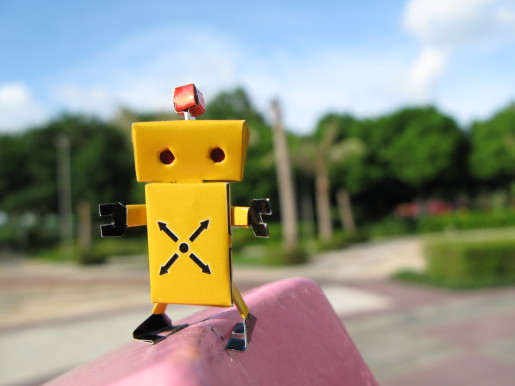 Luckily, he was not alone in his quest, but had two good friends by his side: Canrex, a T-Rex made out of aluminum cans, and Panda-Alu, his black-and-white good luck charm. With T-Rex’s knowledge of the past (he being the history whiz), Panda’s knowledge of the present and endangered animals like himself and Canbot’s vision for future technology, the three heroes set out to canquer — er, conquer — the world, one inch at a time. 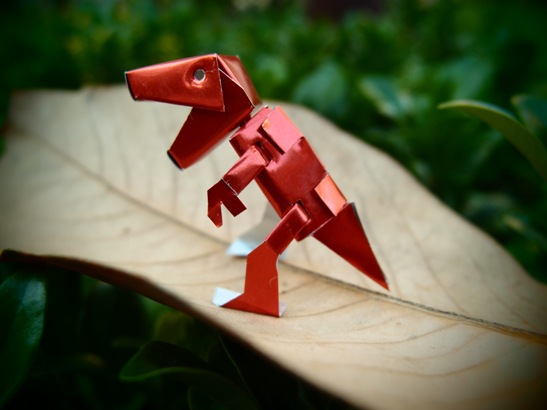 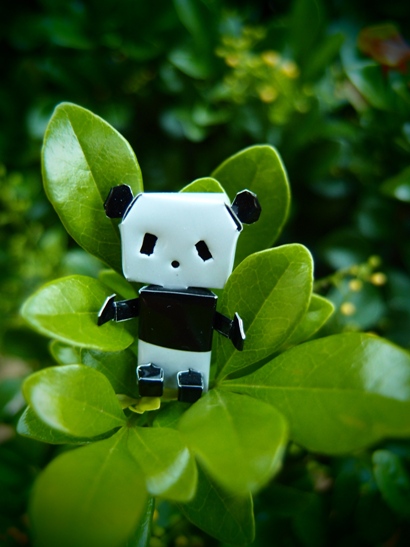 Over the years, more recycled can critters followed and joined their quest: Monkey, Turtle and Elephant are just as adorable as Canrex, Panda-Alu and Canbot, and as dedicated to all things green. Though the little fellas are shy, we have some shots of them when they allowed themselves to be photographed — or thought they were alone.

Now, where did I leaf my glasses? 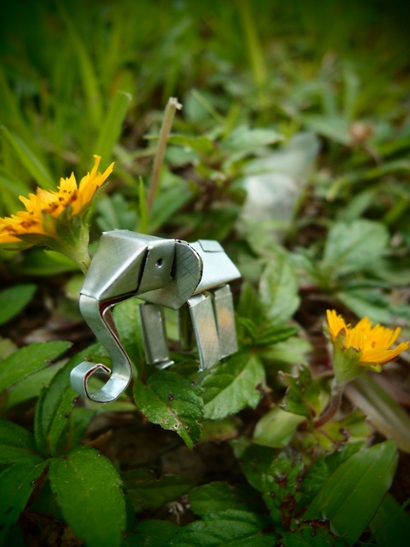 We’ll help you look for them! 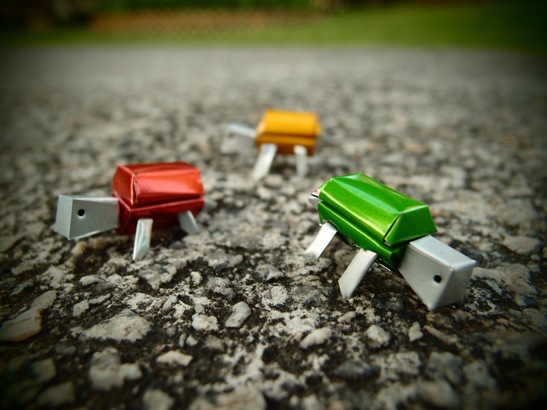 For the gift of life, all the can creatures are most grateful to their creator, Hong Kong-based artist and environmentalist Orson Li. Using the art of “ori-alu” (origami applied to aluminum), Li has spent up to a year-and-a-half on the design and testing of a single Canbot, ensuring each is stable and that all their parts are securely locked together.

Oh, I thought they were bananas… 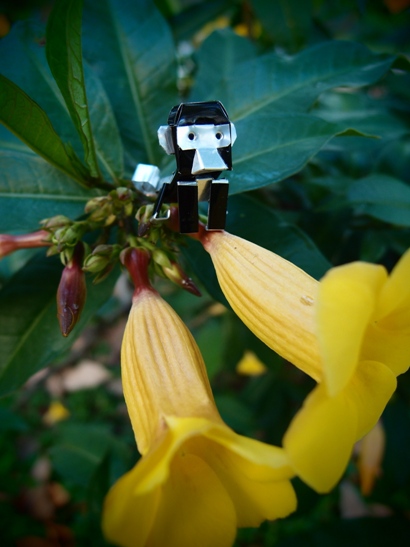 And yes, true to origami principles, the aluminum, once cut, is only folded; no gluing, welding or screws are involved in the creation of these critters — proof that Li is truly a master of his craft, and something of a traditionalist as well as a visionary! Amazing, isn’t it? 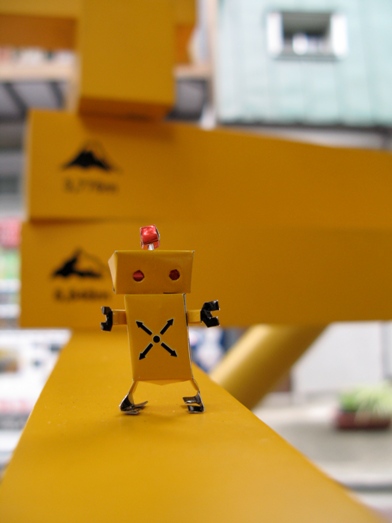 Venturing out into nature 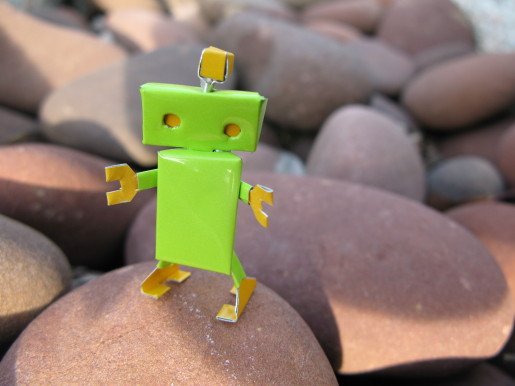 Talking about the challenges of working with aluminum, Li says: “Folding aluminum is a skill that takes years to practice. It takes years to fully handle this material since it can be soft as paper but hard as other metals when bent at different angles. I have to feel the tension using my experience to fold them accurately before the plate has been cracked. There is no second chance to unfold it — once it is cracked, you have to start all over since all the parts stick to each other — and so the Canbots can’t be made in mass production by machines.”

“We can make it!” — off to greener pastures… 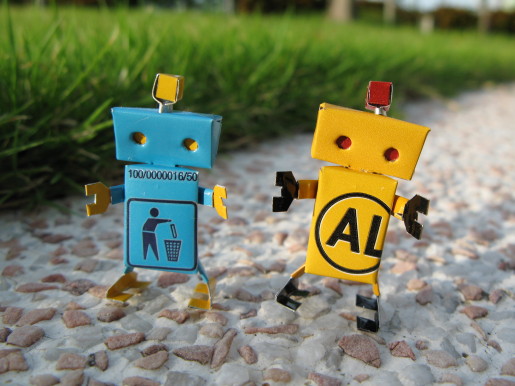 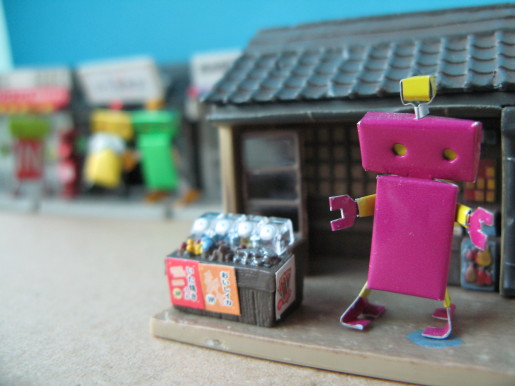 What started as a hobby is now a business — and a skill that has come a long way. Canbots used to have different sizes, with some being fat, skinny, short or tall, because they were not standardized. Now, each of them is a standard 1.3 inches tall and folded to perfection.

Softer than a bed of roses… 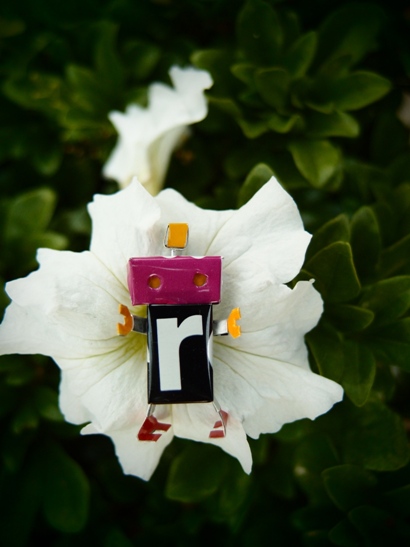 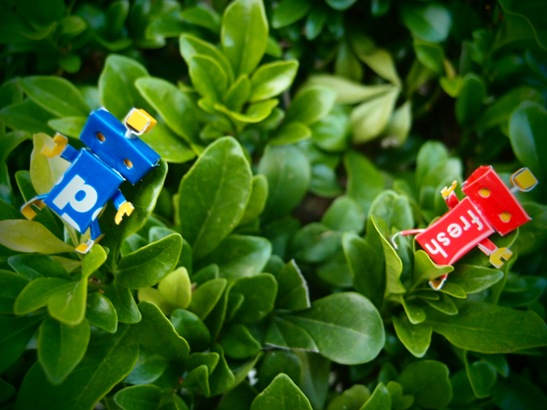 Because aluminum is an unforgiving material, working with it not only demands years of practice, but also lots of patience. Even for a skilled artist like Li, it can take six days of folding and careful assembly before a can creature is born. Many of the little fellas are also emblazoned with an icon of some kind from their soda can beginnings and thus carry different messages on their bodies in an effort to educate people. Li has even traveled the world collecting cans with an array of colors and patterns.

The making of a Canbot 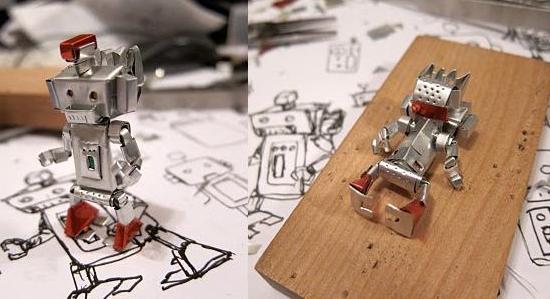 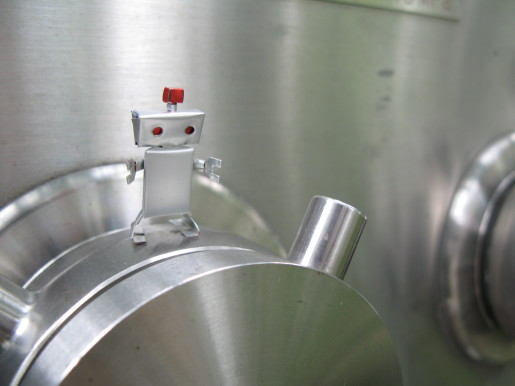 As we explain on our metal recycling location page: “Metals are perhaps the most energy-efficient materials we can reuse over and over again.” In fact, recycling aluminum uses up only 5% of the energy it takes to produce the material from ore. 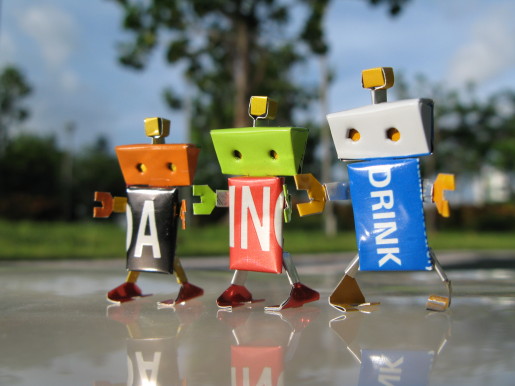 According to the EPA: “Recycling one aluminum beverage can saves enough energy to run a 100-watt bulb for 20 hours, a computer for 3 hours, or a TV for 2 hours.” How cool is that? Our Canbots say: way cool! 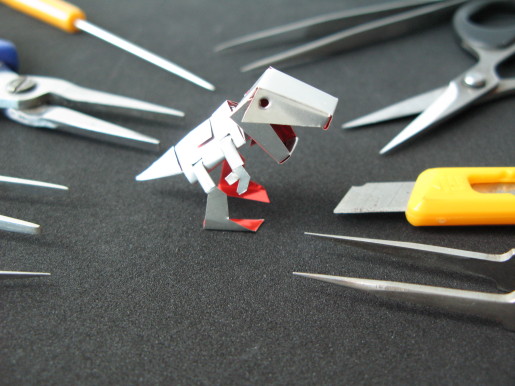 Aluminum has been known as a material that could be recycled since the early 1900s, but the metal (and its recycling) didn’t really take off until the 1960s, when aluminum cans were used as containers for popular beverages (as if a whole “soda fountain” of alu-thinking suddenly got switched on, worldwide!). 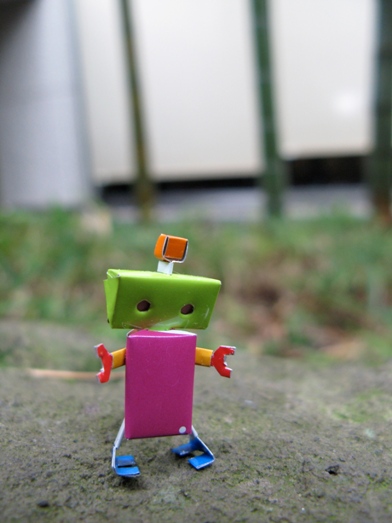 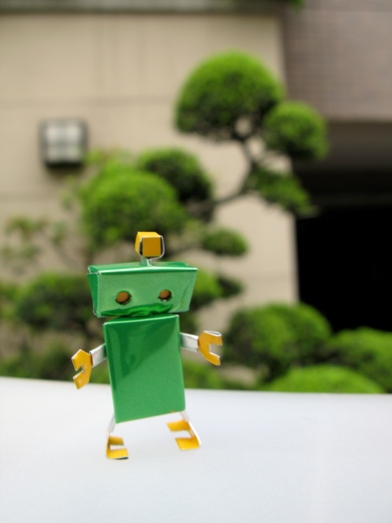 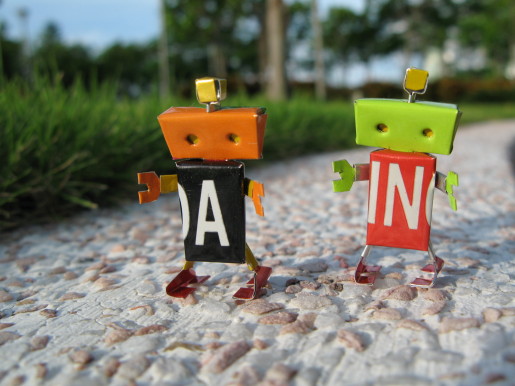 Which brings us right back to the Canbots and their usefulness, not only as recycled critters to delight and amuse, but also as tiny voices of reason in the jungle of energy use, reminding us how precious recycled materials truly are. The first generation of Canbots even traveled to Tokyo to spread the message. Here’s a video of their trip and the fun they had. Canbots are all the rage in Hong Kong, where they are “employed” for different purposes, such as art, commercial presentations, publications, education, charity and, of course, the promotion of recycling. Some of Li’s Canbots sell for as much as $2,500! Not bad for a can that usually costs about $1 with soda inside it or, after it has fulfilled its intended purpose, is sold to a metal recycler for 1¢! To find out more and keep abreast of the latest Canbot adventures, make sure to visit the Canbot website. The power of personal creativity and recycled art was never so strong as when embodied in these guys! Additional sources: 1, 2, 3