Indiana, like most other states, has gone through a serious budget crunch in the past three years. Municipal waste programs are doing the best they can to hang on to resources for local residents, and they’re getting some help from a piece of legislation that demonstrates local residents’ changing views about recycling. Historically, the Midwestern state’s recycling programs have been funded through a combination of property taxes, special assessments and user fees. Tipping fees paid at landfills went to the state government and were given back to solid waste districts in the form of grants for equipment, household hazardous waste collection, educational programs and other activities designed to boost recycling rates. That changed in 2009, when the state government decided to keep tipping fees in the general fund. At the same time, local budgets were also cut back — a double whammy that forced solid waste districts to think about how they could do things differently. “These folks have always worked with really small budgets,” says Carey Hamilton, Executive Director of the Indiana Recycling Coalition, a nonprofit membership organization that works with several government recycling districts. “So, finding creative ways to make ends meet is nothing new.” 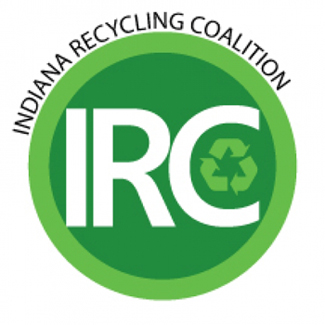 Several rural counties are working to develop closer partnerships so they can take advantage of economies of scale. At least one district is looking at utilizing back-haul trucking lanes to cut down on shipping costs. Municipal recycling sites have also received a boost from what Hamilton describes as a “revolutionary” policy decision in Indiana: an electronics recycling law that passed in 2009. The law has a producer responsibility component, meaning that manufacturers have to take part in collecting and recycling end-of-life electronic equipment. With some exceptions, any company that makes and sells electronic equipment in the state must recycle goods equal to at least 60%, by weight, of the material they sell in any year. In other words, if a company sells 1 million pounds of equipment, it must recycle at least 600,000 pounds of equipment. Producers can partner with other organizations for the collection, which is where local solid waste districts come in. Most have signed on as collection sites for old computers, televisions and other products. Manufacturers pay them for their service, which means solid waste districts are getting an infusion of cash when they need it most. Hamilton sees good things on the horizon as a result of this law. When people realize that recycling can mean saving jobs and helping businesses, they’re much more likely to support it, she says. “We have an interesting dynamic in Indiana, because it’s very much a manufacturing state,” Hamilton says. “Our glass and aluminum producers are really scrambling for more material.” On a national level, the packaging industry is discussing producer responsibility and Hamilton believes that conversation is coming to Indiana soon. The Indiana Recycling Coalition is looking for funding to conduct a study on the economic impact of recycling in the state. Once it is ready, Hamilton believes they can build strong partnerships with the private sector and make a strong case for more recycling. That can only mean good news for municipal recyclers. “I feel like there’s momentum to build recycling in Indiana,” Hamilton says. “We’re going to make some impact.” For listings of recycling locations in Indiana, see 1-800-RECYCLING’s recycling location finder.