BinCam Betting on Facebook Humiliation to Save the World

Does guilting you into recycling work? One U.K.-based project is proving it does. 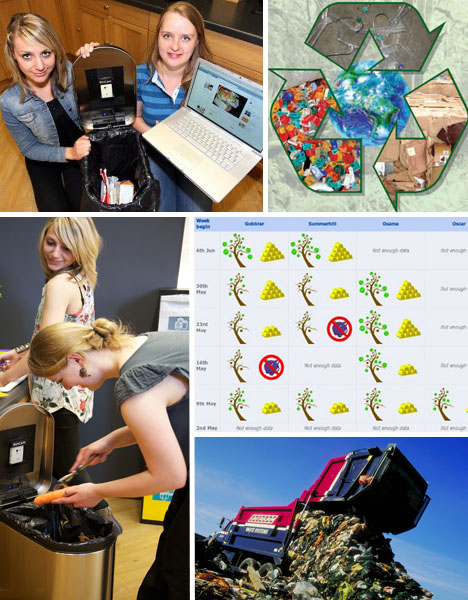 Thanks to a wildly popular nationwide media campaign, we all now know “what happens in Las Vegas stays in Las Vegas,” a sentiment that pretty much mirrors the attitude that we take toward our own personal disposal habits. Oh, you know it’s true. We might choose to display sterling “recycling behavior” while at the office or visiting a friend, but once we disappear inside the refuge of our homes, what we ultimately choose to do with old, broken or otherwise unwanted possessions is anyone’s guess. And materials that are perfectly recyclable? Fuggeddaboutit! That doesn’t make any of us bad people. Resisting the allure of brand spanking new merchandise is almost as challenging as passing on dessert, because while we know that we probably shouldn’t indulge, life is too short to pass it up. Once we return home with our new endorphin-boosting goodies, we’re reminded that it’s going to be tough to cram them into our already jam-packed closets unless we get serious about purging, and thus begins the process of kicking old, undesirable items to the curb. In many instances, people aren’t intentionally choosing to be bad eco-citizens when they get rid of the old in favor of the shiny and new. When it comes right down to it, our increasingly busy lifestyles consume so much of our free time that we end up favoring quick-and-easy options. Unfortunately, this doesn’t often bode well for Mother Nature because, when faced with the choice of throwing something away (which is lickety split) or taking the time to recycle or even donate it (both of which require a bit more effort), guess which option typically wins out in the end? Based on solid municipal waste and recycling statistics in the U.S., we aren’t doing a great job lightening the load that our landfills sustain. To be fair, we’ve certainly worked harder at recycling, which is evidenced by the fact that since 1990 rates have doubled. Now for the bad news. The Environmental Protection Agency says that we’re still landfilling more than half of the 243 million tons of textile, food, paper, metal and organic waste that we use annually, much of which can be easily recycled. It’s not entirely surprising that university students pondering this eternally perplexing post-consumer issue have come upon an intriguing solution, one which melds corrective eco-behavior with a Facebook app. Dubbed the BinCam, their big brother-like device consists of a garbage can fitted with an Xperia X10 mini mobile phone attached to the inside lid that operates as follows: The beauty of BinCam is that it appeals to the Internet addicted, offering them the ability to socially engage with their friends while addressing something a bit more substantial than what the latest cookie-cutter celebrity wore to their soon-to-be-on-DVD rom-com movie premiere. Perhaps this invention is precisely what our techie-obsessed generation needs to inject a new element of enthusiasm into what is normally perceived as a ho-hum domestic chore. Very little about garbage disposal and recycling is glamorous or even exciting, but once the process becomes digitized and uploaded in a public forum, it somehow ends up indulging the inner eco-exhibitionist in us all!