The metro area of just 130,000 recycles an average of 6 million pounds per year, prompting the need for a new 14,000-square-foot recycling center.

If you were clinging to any reservations about the permanence of today’s green movement, The Daily Times of Farmington, NM, may have put those to rest in a recent article illustrating the area’s commitment to recycling. (Note: readers must purchase the article now that it has been archived in order to read it.) Boasting a mighty population of 130,000, San Juan County (of which Farmington is the largest city) is a remote, rural populace near the somewhat-famous Four Corners (For those not in the know: The spot where New Mexico, Colorado, Arizona and Utah meet). This article, from “the Four Corners Information Leader,” is noteworthy not only because curbside recycling even exists in this region, but also because municipal officials are talking of expanding capabilities with the creation of a new, 14,000-square-foot recycling center at the county landfill. 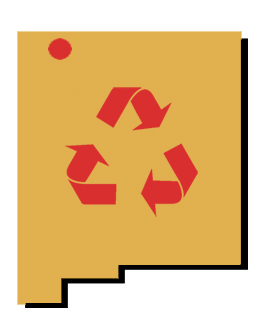 This new facility “could pave the way to curbside recycling for county residents outside Farmington city limits,” Waste Management District Manager of Collection Greg Freitag says in the article. Farmington saw in increase in participation when recycling rules became easier for the public to follow. Single-stream recycling was introduced and, according to The Daily Times, the amount of recycled materials soon rose accordingly. Unfortunately, the status quo for recycling in San Juan County is inadequate, as the current 20-year-old recycling center is the only one inside the sprawling county limits and can no longer handle the influx. Since 2007, “Farmington recycled an average of 6 million pounds of materials per year,” the article points out, according to stats from Waste Management. New incentives, such as avoiding the $1-per-garbage-bag fee, have helped nudge recycling participation upward as well. But new initiatives and increased participation meant a more capable recycling facility was needed. To mitigate this lack of processing space, the recycling planners of San Juan County are taking their cues from their neighbor to the north. Roughly 50 miles up U.S. Hwy 550 sits Durango, CO, another small town that has fully embraced a way to promote environmental protection through emphasizing proper disposal and reuse of our consumer goods. Having too many recyclables is a good problem to have, and the article reports that roughly 7 million pounds of waste was recycled in Durango in the last three years, as pointed out by Dale Cogswell, Waste Manager of the city. This number offers a high watermark for San Juan County residents, however, since La Plata County, where Durango is the county seat, has a population roughly one-third of the size (51,000). Admittedly, the recycling numbers put up by Farmington and Durango might be a proverbial “drop in the bucket” (on an ambitious day), but the fact that real recycling is happening in the remote corners of our nation is indicative of a sea change in society. More folks are progressing in their views of “trash” and realizing that there really is no “away” when we throw garbage there.

New Mexico certainly isn’t known for being the catalyst of change, but once change has reached the Land of Enchantment, you can pretty well guess it has taken a foothold everywhere else.