California now matches Florida with the nation’s most ambitious recycling goal. Governor Jerry Brown signed Assembly Bill 341 which sets a goal of recycling 75% of all materials in California by 2020. That matches a similar 75% by 2020 waste diversion goal set in 2010 by officials in Florida. The law in California also requires commercial businesses, institutions and apartment buildings to implement recycling programs. 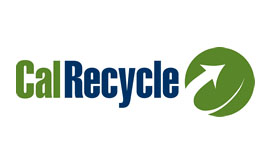 Assembly member Wesley Chesbro said it expands a law passed 21 years ago that made the state a leader in recycling. The state’s commitment to recycling has created 125,000 jobs over the past two decades, he said. “Not only do we create more green jobs, we protect the environment and conserve energy by reducing the amount of waste that ends up in landfills,” Chesbro said in a statement. A second bill, also signed by Brown in California, will provide incentives for processors and manufacturers of recycled plastic. The state collects about 500 million pounds of plastic containers for recycling annually through the state’s bottle bill, but more than 80% of them are shipped overseas for processing. The new law provides $10 million to $20 million annually for incentives to process those plastic containers. “Today, the plastic market program directly supports more than 750 jobs,” Assembly member Rich Gordon said in a statement. “But we are collecting enough plastic to support four to five times that many jobs.” Source: Waste & Recycling News By Jeremy Carroll