The New Mexico State University campus has become a recycling and composting leader for universities across the country. 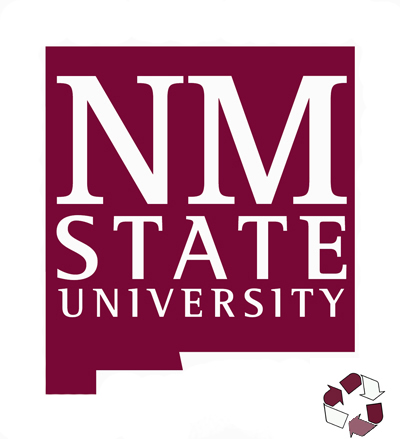 The Wall Street Journal recently featured an article highlighting some new ideas for building a greener city through innovation and technological advances for large cities. The article points out how high-density populations are a great launching pad for programs designed to improve our chances of living symbiotically with nature. But what about those of us who are not living in a sprawling metropolis? The truth is that hundreds of smaller communities are doing their part to ramp up sustainability. Case in point is Las Cruces, NM, or more accurately, the town’s anchor, New Mexico State University (NMSU). As far back as 1994, and perhaps further, this institution accommodating roughly 20,000 students, faculty and staff took the initiative to keep the 6,000-acre campus in southern New Mexico pristine. An integral part of Las Cruces, NMSU takes the lead in fostering a social atmosphere, and those inclined to appreciate environmentalism should take note of the Aggies’ waste management and recycling efforts. Sodexo, a worldwide company focused on food and facilities management services, partnered with NMSU in 1994 to optimize waste treatment and processing. Sodexo offers a snapshot of how the two have worked together to reduce waste by focusing on recycling. While the time of posting is unknown, some interesting stats are nonetheless provided: But NMSU’s environmental focus didn’t just operate in the background. Instead, the school got all bodies on board to see just how “green” they could go. NMSU took a prominent seat on the eco-friendly bandwagon by participating in RecycleMania, a 10-week, international recycling competition for universities. Started in 2001, RecycleMania was originally a competition between Ohio University and Miami University. Today, this friendly competition involves more than 400 universities in the U.S. and Canada — each school competing “in different categories to see which institution can collect the largest amount of recyclables per capita, the largest amount of total recyclables, the least amount of waste per capita or have the highest recycling rate.” NMSU has established itself as a recycling powerhouse within the last few years by placing fifth in 2008 (the school’s first year in the competition), third in 2009, second in 2010 and fifth in 2011. Though a crown as the ultimate champion has been elusive, NMSU has put forth an impressive effort in the last half-decade to keep millions of pounds of waste out of the southern New Mexico desert. In fact, as of April 26, 2010, NMSU had a campuswide recycling rate of 69%! As sparse as they are, the deserts of New Mexico are just as important as the narrow streets of a major urban area. Trash is a visual blight anywhere, especially when so many materials can be recycled or reused. NMSU is just another example of how anybody and everybody can keep striving to work toward a perfectly sustainable future.