Dozens of companies are showing support for the Responsible Electronics Recycling Act and its potential to create new U.S.-based recycling jobs. 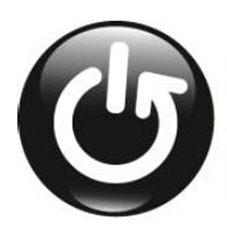 The potential to create jobs and stop toxic waste from being exported has spurred the world’s largest recycler to support proposed federal legislation. Sims Metal Management Ltd.’s electronics recycling division, Sims Recycling Solutions (SRS), favors the Responsible Electronics Recycling Act (H.R. 2284) introduced in the House of Representatives, according to a press release by the Coalition for American Electronics Recycling (CAER). “SRS supports an export ban on whole waste electronics as a means of driving export-oriented ‘bad actors’ from the U.S. domestic industry,” a Sims spokesman confirmed. “Waste should be handled and converted into commodities domestically until such time as global standards exist and are enforceable.” With the addition of SRS, CAER now includes 34 U.S. companies, representing 89 facilities, it said. Formed this past summer, the group has not set up a headquarters yet, according to Wendy Neu, a member of the steering committee. “We are in the process of formalizing,” she said. Electronics manufacturers, including Apple Inc., Dell Inc., Hewlett-Packard Co., LG Electronics and Samsung Electronics Co. Ltd., are also said to support the measure, which could create tens of thousands of jobs through the expansion of the domestic recycling industry. “The addition of these industry leaders reflects the growing consensus that the Responsible Electronics Recycling Act is good for business and will create much-needed jobs and enhance sustainability,” John S. Shegerian, co-founder, chairman and chief executive officer of Fresno, Calif.-based Electronic Recyclers International, Inc., said. “Our members are committed to growing an American industry with the capacity to manage e-waste generated within our borders and the potential to create tens of thousands of jobs in every part of the country.” The bill is seeking to restrict toxic e-waste exports to developing countries that lack safeguards to protect the environment and workers. But the bill would benefit the United States as well, said David Zimet, president of Hesstech LLC, Edison, N.J. “The Responsible Electronics Recycling Act will enable American recyclers to make new investments in facilities and personnel necessary to legitimize and grow an American industry and position America as a leader in global markets,” he said. Source: American Metal Market By Lisa Gordon