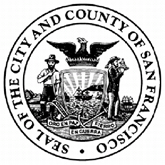 To recycle, or not to recycle? That may no longer be a matter of debate in San Francisco, where a new mandatory recycling and composting law is poised for approval.

The ordinance, which will be considered by the city’s Board of Supervisors on Tuesday, would require residential and commercial building owners to sign up for recycling and composting services. Fines of up to $500 would await those who refuse. There would also be penalties for those who put recyclable or compostable material in landfill-bound bins.

By its own estimation, San Francisco already has the highest recycling rate in the nation at 72 percent. But to reach its goals of 75 percent landfill diversion by 2010, and zero waste by 2020, officials believe more drastic measures are needed.

“We’ve gone as far as we can with the recycling programs we have,” said Jared Blumenfeld, the director of the city’s Department of the Environment, during a recent public hearing about the proposal.

According to city statistics, San Francisco residents and businesses sent 617,833 tons of waste to the landfill in 2007. More than 35 percent of it was compostable and about 30 percent was recyclable (mostly paper). If everything was properly sorted the city would have a 90 percent recycling rate, Mr. Blumenfeld asserted.

Some building owners have expressed concern the law will create “garbage police” who riffle trash bins to make sure every banana peel or soda can is in its proper place. Officials counter the main goal is to get owners of large buildings to sign up for services. (Only about 20 percent of the city’s bigger multi-tenant buildings have compost bins, according to the city).

“We do not dig through garbage cans,” said Robert Reed, a spokesman for Norcal Waste Systems, which picks up trash from city buildings. “Our collectors open the lids and hook the carts onto hydraulic lifters on collection trucks. At best collectors only see what is on top of the trash.”

For small residential customers, the ordinance calls for fines only “in the most egregious, repeated cases of contamination.” If repeated attempts to elicit good recycling etiquette fails, an “onerous, rigorous” fining process would kick in whereby penalties of up to $100 could be assessed.

Large building owners may be slapped with fines of up to $500 and, for extreme cases, property liens. The legislation gives a free pass to buildings lacking adequate space for bins, and does not ding owners of multi-unit buildings for the bad sorting habits of tenants.

Mandatory recycling laws already exist in a number of American cities, from Pittsburgh to San Diego. However, not all of them use the threat of fines to get people to treat their trash in an environmentally-responsible manner.

In Seattle, which instituted a mandatory recycling law in 2003, sanitation workers simply do not pick up trash that is sorted incorrectly; full bins are tagged and left at the curb for all the neighbors to see. Owners must then re-sort the trash correctly if they want it taken away.

Brett Stav, a planning and development specialist for Seattle Public Utilities, told Green Inc. that fewer than 1,500 out of about 7.8 million bins were left behind in 2006 due to improper sorting. He also said recycling has improved by 10 percent since the program was implemented.

Explained Mr. Stav: “The concept of being shamed was really a powerful motivator.”