Earth Day with My Family

Earth Day provides a chance to teach environmental stewardship to children while bettering the community.

The first Earth Day was celebrated on April 22, 1970. An estimated 20 million Americans gathered to demand action on the environment from themselves and their elected officials. The event proved there was a real concern for environmental issues across the country. After the first Earth Day celebration in 1970: 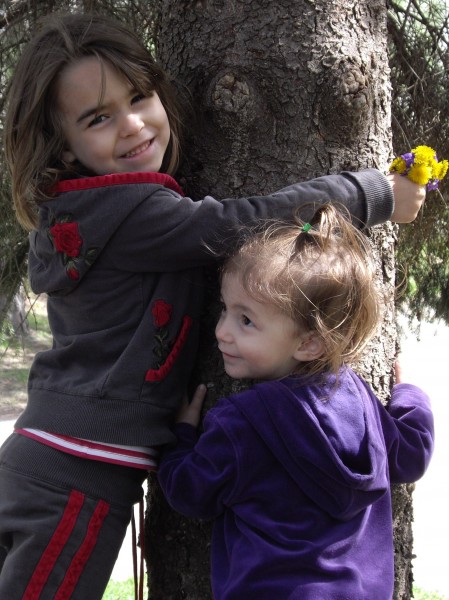 We need to be vigilant about ensuring our planet will be healthy for the next generations, so embracing Earth Day each year is one way I try to reinforce to my daughters how important it is to take care of our planet. We do the same things each year to commemorate the day. First, when all the snow has melted, we take a trip to my parents’ organic farm to help clean up trash that has blown in from surrounding areas over the winter. The farm is in Wisconsin, so the snow is usually gone by April 22. Second, we block a large chunk of time to clean up trash in our Fargo, ND, neighborhood and the areas around our local schools. We end up doing this a few times during the spring, summer and fall. It’s extremely windy in our lovely Great Plains state, so garbage often blows in and needs our attention many times during the non-snow months. I use these times to talk to my girls about why we pick up garbage and we discuss other ways we can help the environment and our neighbors during the rest of the year. Since my daughters are still young, we make Earth Day a fun family event. Every year, we end up with a number of neighbors joining the cleanup. And, since weather is a factor in the way we commemorate the day, sometimes we start picking up garbage in March and sometime it’s in April. Since we’ve had such beautiful early spring weather this year, we already cleaned up at the farm and have done a couple cleanups around area schools. The point, I believe, is to teach our children about our responsibility to be good stewards. This task is a daily commitment. For more information on Earth Day and to find a celebration near you, see EarthDay.org.