To burn or not to burn? Many instances of trash incineration still occur daily, but isn’t recycling the better option?

Every once in a while, a niggling myth squirms its way back up to the surface. Burning trash in an incinerator, the theory goes, is a green solution for society’s waste disposal needs. Incinerators create “clean” energy to power homes and don’t require as much space as landfills. The truth is that the downsides of incineration (which also go by the names “waste-to-energy,” “plasma arc incineration,” “pyrolysis” and “gasification”) far outweigh the “benefits.” Whenever possible, recycling and composting are the best ways to handle materials that have outlived their usefulness. Here are four of the major problems with incineration. 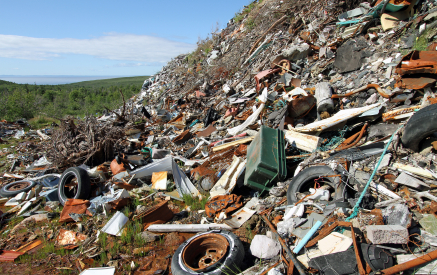 All recyclable materials, from cardboard, to electronics, to banana peels, are valuable resources that can go back into making new products. When we recycle, it means manufacturers can seek fewer virgin materials for their products. Recycling cardboard results in fewer trees being cut down. Reusing the heavy metals from electronics means less mining, and reusing plastics means less petroleum consumption. Turning banana peels into compost creates a product that helps grow organic food, conserves water and brings a host of other benefits. When those items go into a burner, there is no way of ever recovering them. Incineration means resources are literally going up in smoke, rather than being turned back into useful products.

It is not a coincidence that many communities with incinerators have low recycling rates. To generate the maximum amount of energy, incinerators need products that burn hot. Among the most desirable products are paper and plastic, both of which are highly recyclable. (Tires are also highly sought after for the BTUs they produce in an incinerator. Although they are more challenging to recycle, they do have a number of end uses, including floor mats, mulch, speed bumps, sound barriers and erosion-control products.) The result is a backwards situation where it is actually in the community’s best interest to destroy these products rather than recycle them.

3. Recycling creates a lot more jobs — and the revenue stays in the community.

According to the report “Stop Trashing the Climate,” incinerating 10,000 pounds of garbage creates just one job. Recycling the same amount of waste creates up to 10 jobs. For communities desperate for good jobs for their citizens, recycling makes good economic sense. Plenty of companies that reuse and recycle are locally owned, meaning they put their profits back into local businesses. On the other hand, “incinerators take capital out of the community because they’re typically owned by international companies,” says Neil Seldman, Executive Director of the Institute for Local Self-Reliance, whose Waste to Wealth program helps communities find eco-friendly ways of disposing of waste that also boost the local economy. “As soon as communities pay the tip fee, that money leaves the area,” Seldman says. “It’s an economic mistake to invest in incinerators. Not only do you have to pay a fortune for them, but you cut off the supply of material for recyclers and composting.”

4. Unlike recycling, burning garbage is seriously bad for people and the planet.

There is plenty of trash to go around. Some might even say it is a renewable resource. So, why not burn it to generate energy instead of consuming fossil fuels like coal or gas? Answer: numerous studies have shown that emissions from incinerators damage the environment and human health. “An Industry Blowing Smoke” states that incinerating trash emits more carbon dioxide per unit of energy generated than burning coal. Some incinerators have scrubbers, which remove things like mercury, lead, dioxin and volatile organic compounds (VOCs) before they are released into the air. But those elements do not magically disappear. Instead, they are concentrated in the ashes and other byproducts of the incinerator. If the ashes are not properly disposed of, those toxins can leach into water or be picked up by animals. The results can be devastating. Mercury and lead have well-documented effects on human health, particularly in children. Dioxin is a carcinogen that can also cause birth defects and damage the immune system. VOCs can damage the kidneys, lungs and central nervous system. Recycling and even reuse programs have their own problems, but they are definitely better than the alternative. If communities are serious about making an investment in recycling and composting programs they can divert a huge quantity of waste back into useful products. They get the added benefits of creating good jobs, getting raw materials back to businesses that need them, lowering greenhouse gas emissions and avoiding a process that can damage human health. What’s not to like about that? For more on Earth Day and ways to conserve, see 1-800-RECYCLING’s Earth Day Guide.