A Singapore-based photographer’s photo series depicts the sheer volume of items that our society as a whole thinks nothing of chucking in a garbage can. 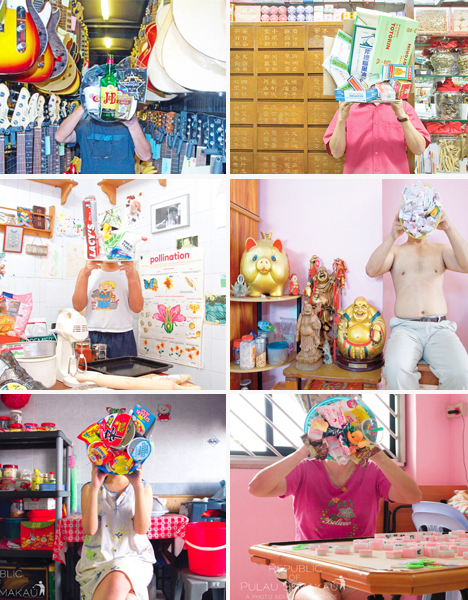 In the land of plenty, Americans have mastered the fine art of consumption. With access to so many unique goods and services, we gamely purchase shiny new things, admire them in our homes for a brief spell and then give them an all-too-early landfill retirement so that we can repeat the acquisition process all over again. With 3.79 million square miles of terrain and 313 million residents, America is home to a vast expanse of waste depositories — 3,000 active landfills by some estimates. The ongoing recession has admittedly curbed the speed with which we love and leave the tangible objects of our affection, but the EPA’s 2010 municipal solid waste data — in which it was determined that each U.S. citizen disposed of 4.43 pounds of waste on a daily basis — suggests that our perception of what is truly garbage can worthy could easily benefit from some tweaking. Imagine, however, being confined to a comparably petite 70-hectare island located approximately 5 miles south of Singapore. Residents of Pulau Semakau certainly can relate. One could easily think that the tropical paradise, with its treasure trove of 780+ botanical and wildlife species, is likely one of the last unspoiled regions in the world, and yet if you look under the surface, evidence of mankind’s consumeristic impact becomes all too apparent. It is there that the Central Park-sized Semakau Landfill, consisting of sand, clay and heavy-gauge polyethylene-lined bays, has been operating since 1999. The $360-million 2.2-square-mile facility has received the charred waste of Singapore’s entire 4.4 million population — the equivalent of 2,000 tons of construction waste and ash daily — and will continue doing so for the next 28 years until it finally reaches maximum capacity. Burning garbage prior to transporting it via barge to the landfill reduces the actual volume being buried to a scant 10%, where upon delivery, it is then poured into an underground storage bay, covered with soil and ultimately seeded with greenery. In all fairness, the Semakau Landfill was strategically planned to work in harmony with the various ecosystems indigenous to Pulau Semakau, and some say that it serves as a shining example of how a waste facility can truly be eco-friendly. Be that as it may, it also reminds us that incineration, while practical from a volume-reducing standpoint, still generates airborne pollution. Instead of disposing of everything under the sun, it stands to reason that recycling and resource conservation should really be the first line of defense. Nowhere does this notion become more palpable than in Aw Zinkie’s recent photographic series, “Republic of Pulau Semankau.” The Singapore-based photographer, interested in shedding light on the connection between consumerism and the solitary waste depository in her neck of the woods, captures portraits of people posing with their garbage. Her self-dubbed “identity autops(ies)” are particularly memorable because subjects’ faces are superimposed with common sources of trash. From the empty plastic suntan lotion bottles and snack wrappers typical of the beach dweller, to the crumpled-up fast food packaging of the street vendor, Aw’s photographic studies enable us to bear witness to the sheer volume of items that our society as a whole thinks nothing of chucking in a garbage can. Upon closer inspection, however, we realize that the majority of the items, from lottery tickets and glass liquor bottles, to paper-based food packaging, could all easily be recycled, thus making a significant dent in Singapore’s overall solid waste statistics. As it turns out, Singapore is quite committed to cleaning up its act. While residents discarded close to 6 million tons of garbage in 2008, well over half of that volume was recycled. By 2030, the collective goal is to achieve zero landfilling, with as much as 70% of the waste stream recycled into usable materials. So, rather than being a cautionary tale, perhaps Aw’s photographic study can be perceived as an inspiring reminder of what her fellow citizens in Singapore (and throughout the world, for that matter) need to do in order to tread a bit lighter on the planet. It takes no more than an extra second or two to drop a stainless steel can, newspaper, plastic beverage bottle or glass jar into a recycling bin rather than a garbage can. Minimal effort for maximum return, that is, if you like the idea of chipping in to save the world.