Up to 70% of used tires in the U.K. end up in landfills. Could an EU-funded project start to cut down on tire waste by recycling them into rubberized asphalt? 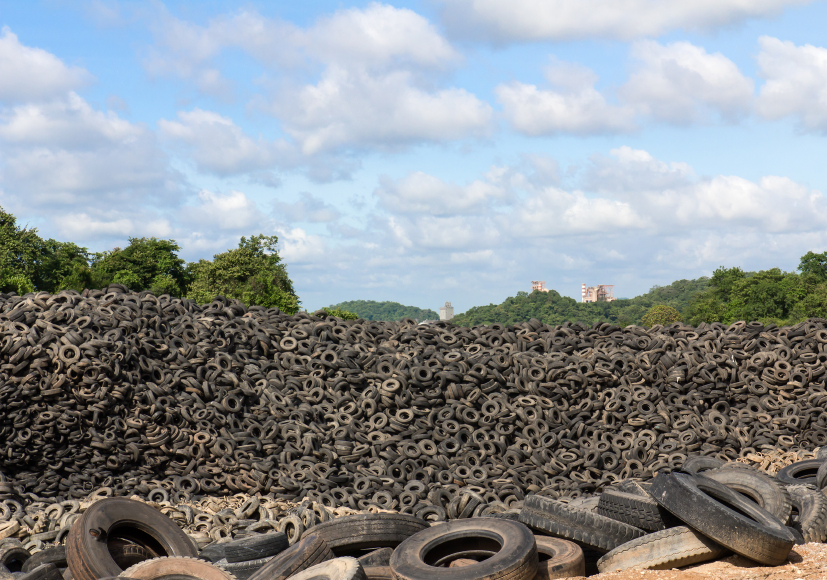 With so much focus being put into recycling and being green or energy efficient, it has been illegal to put old or wasted tires in a landfill — whether whole or in part — in the U.K. since 2006.

Despite this, however, the European Commission has found that on the mainland, up to 70% of used tires end up in landfill sites — roughly 3 million tons a year. Though companies within the U.K., such as Tyres on the Drive, go the extra mile to make sure that all their used tires are recycled, this ethos does not seem to be carried over to all of their European counterparts. With that in mind, there are organizations out there that are looking to change the face of landfills across the continent. EU-funded TyGRe is one such project that is looking to make use of Europe’s wasted tires. Currently, the project is looking into thermal treatments and alternative measures, including pyrolysis and gasification to create energy production from old tires. Though TyGRe works on the mainland, there are other projects in the U.K. currently experimenting with used tires to see exactly what can be done with the products once they have reached the end of their life expectancy. In Dundee, U.K., for example, one trial is currently underway to see how recycled tires could be used as road surfacing across the country. Although rubber roads have been around since the 1960s in the U.S., no such surfacing has been laid in the U.K. so far. In the Dundee trials, the experiment has shown that by laying recycled tires, the surface noise of roads could be reduced by 25%. The roads are made by breaking down the tires into tiny crumb-like elements that are then added to bitumen and crushed stone — two elements used to make asphalt. Experts say that the roads are quieter because the texture of the rubber thickens the bitumen, therefore allowing the surface of the road to absorb and disperse the sound waves when a vehicle passes over it. Also, if a road is made with rubber, it also has a longer life expectancy, is more sustainable to different weather conditions and is even proven to be a better driving surface, as it offers drivers far more skid resistance. Interestingly, and perhaps more importantly, using rubber roads could not only help save the environment, but also help save lives, as the World Health Organization found that one heart attack in every 50 is caused by chronic exposure to loud traffic. To add to this, chronic traffic noise can also lead to mental health issues and hormonal imbalances. Michelle Hall is a marketing assistant and blogger at tyresonthedrive.com. Coming from a biology background, she is particularly interested in green advances in the auto and tech industries.