The first state to implement a bottle bill, Oregon has continued to adapt to consumers’ changing habits with legislative updates.

In 1971, Oregon became the second place in North America and the first in the U.S. to pass a bottle bill. What was the inspiration behind this precedent-setting legislation? Oregon’s government was very focused on protecting the state’s beauty and natural resources in the 1960s and early 1970s. Thanks in large part to the leadership of Republican Gov. Tom McCall, the legislature had already passed a law ensuring all the state’s beaches stayed in public ownership and adopted some of the strictest land-use planning laws in the nation. The original purpose of a bottle bill was threefold. Proponents believed it would cut down on litter by giving people a disincentive to throw their bottles away. They also believed it would decrease the number of single-use containers on the market, and encourage people to recycle these valuable materials rather than landfilling them (which was still something of a foreign concept at the time). 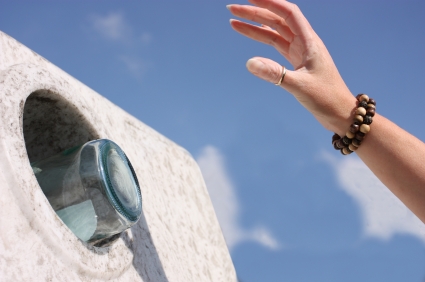 The idea behind the law was simple: Ask people to pay a 5¢ deposit every time they purchased a single-use canned, jarred or bottled beverage (or a 2¢ deposit for a refillable container). When they turned in the bottles at a grocery store, they got their deposit back. Similar legislation was adopted by the provincial government in British Columbia in 1970. Environmentalists loved the idea. The beverage and container industry and retailers, who had to bear the cost of the takeback program, were not. They fought long and hard to defeat the bill. In fact, the June 14, 1971 issue of Newsweek quoted Oregon Attorney General Lee Johnson as saying, “I have never seen as much pressure exerted by so many vested interests against a single bill.” But, in the end, recycling won out. HB 1036 passed both houses of the legislature by wide margins and became law in July 1971. The legislation has made a big impact. In 2001, the Oregon Department of Environmental Quality estimated that 84% of bottles in the state were redeemed for their deposit (although the number has since fallen to closer to 75%). The DEQ also notes that “[m]any credit bottle bills in Oregon and other states as the birthplace of post-consumer plastics recycling. For years, almost all post-consumer plastic recycled in the United States came from soft drink PET bottles collected in bottle bill states.” The Oregon bottle bill was updated in 2007 to add plastic water bottles to the list of redeemable containers. In 2011, the legislature added teas and juice drinks. It also paved the way for special cooperatives that could serve as collection centers rather than grocery stores. These updates have put Oregon’s bottle bill back where it belongs: serving as a leader in positive environmental legislation for the rest of the nation.