In 2012, the state program recycled 17.2 billion containers, making up for approximately one-fifth of the nation’s containers consumed annually. 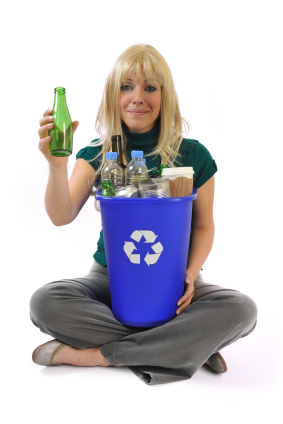 Many consumers in California do not know that when they buy a beverage in a glass or plastic bottle or in an aluminum can, they are presented with the opportunity to make a little cash back from their purchase and help the environment. This is because of the California Beverage Container Recycling and Litter Reduction Act, also known as AB 2020, which was implemented in September 1987 with a goal of an 80% recycling rate. Under this act, beverage distributors and consumers pay a fee of 5¢ on containers less than 24 ounces and 10¢ for containers 24 or more ounces. In turn, consumers can collect these cans and bottles and deliver them for a full refund of the container fee. These containers are usually marked with “CA CRV” or “CA CASH REFUND.” There are 2,200 recycling centers spread out over California for consumers to deliver these beverage containers. Websites such as CalRecycle can help find a recycling center nearest you. With the success of this program, California’s beverage container recycling rates have increased from 52% in 1988 to 82% in 2012, surpassing the original target goal of 80%. Because of California’s high population, this change in recycling rates has a measurable impact on the rest of the nation. In 2012, the program recycled 17.2 billion containers, making up for approximately one-fifth of the containers consumed annually nationwide. Not all states have programs allowing consumers to receive money back from purchasing recyclable items, but the ones that do make a big difference. These programs help keep recyclables out of the waste and energy stream, and making a habit of participating in them can lead to a helpful amount of spare change. Check out the recycling centers near you the next time you have a surplus of beverage containers — and don’t forget to tell friends!