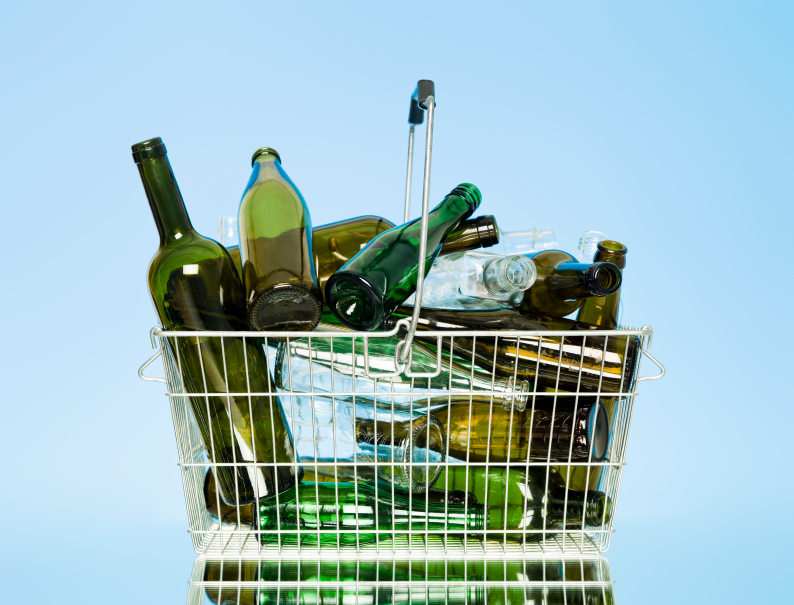 Iowa implemented its first bottle bill, the Iowa Beverage Container Deposit Law, in 1979. The purpose is not only to reduce litter, but also to recover and recycle beverage containers. The success of this program is demonstrated through the high levels of consumer and business owner participants throughout the state. Iowans are mandated to pay a 5¢ fee at the time of purchase of a carbonated or alcoholic beverage. This same payment is reimbursed when the container is returned to a participating store or redemption center. In addition, the store or redemption center is responsible for a 1¢ handling fee. According to Iowa’s Department of Natural Resources, an estimated 86% of containers, or 1.65 billion containers, are redeemed annually in Iowa. The astonishing numbers the bottle bill produces also contribute to significant energy savings. The energy required to make containers made of natural materials opposed to recycled materials is equivalent to energy savings used to heat approximately 42,845 households in Iowa. The bottle bill not only prevents litter, but also recycles approximately 82,352 tons per year. The impressive statistics have led Iowa to introduce the 2013 Expansion Bill, which would include all nonalcoholic beverages with the exception of juice, grade A milk, containers larger than 3 liters and high-density polyethylene containers. This Expansion Bill would also increase the fee paid to redemption centers to 2¢ per container. However, this bill is currently under appropriations for study and is yet to be reviewed. With little time to waste, Iowa is one of the 10 U.S. states (plus the U.S. territory Guam) with a current bottle bill in place. All Iowans are encouraged to participate in the bottle bill program and think before disposing of their next beverage container.