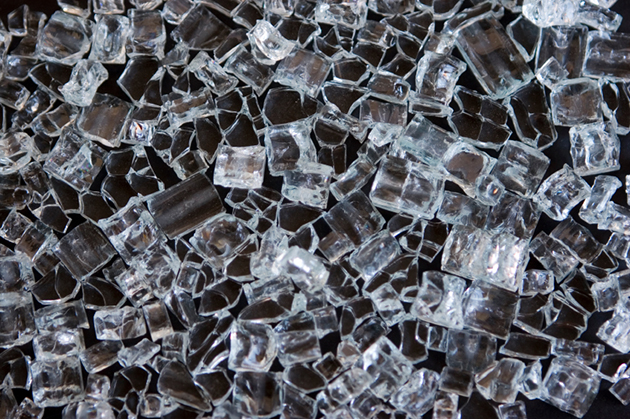 E-waste recyclers have collected vast amounts of old cathode ray tube monitors in recent years. CRT monitors contain evacuated glass envelopes, which can be difficult to reuse and create detrimental issues to the environment or people around the toxins if they are left unattended and drain into waterways or soils. CRTs are vacuum tubes used in television sets and computer monitors to deflect electron beams onto the screen to create images. Their evacuated glass envelopes are made of thick, leaded glass to block X-ray missions and be shatter resistant. The growing number of recycled monitors is creating problems, particularly in Arizona. A warehouse in the city of Yuma was recently found containing more than 9 million pounds of CRT glass. A now-defunct company, Dow Management, had collected the glass and then disappeared after being paid more than $581,000 by California recyclers to house the glass. While the owners of Dow Management cannot be found, the recycling companies who shipped the CRTs to Arizona are removing the material at their own expense and sending it to another processor. It is illegal by federal law to house CRT glass for longer than a year. This occurrence brings bigger issues into question, such as how to get rid of the growing amounts of CRT glass in the environment. The companies Kuusakoski Recycling and Peoria Disposal Company may have found a possible solution. Their solution will prevent leaching by stabilizing lead within CRT glass and using this treaded glass as landfill alternate daily cover, which is cover material placed on the surface of a municipal solid waste landfill to prevent contact between the waste and air. Kuusakoski Recycling claims that its customers will pay 40% less than what they are paying now and this will be an environmentally friendly alternative to using virgin soil as a cover. As reports state about 43% of e-waste stream consists of CRTs and North American CRT processing facilities handle far less than the demanded amount of CRT glass annually, Kuusakoski Recycling’s new method is easily worth testing with caution. If more landfills are permitted to use the alternate daily cover, they should be wary of the possibility of toxins polluting the air or wildlife around the area that could ingest the treated glass. Taking these precautions for the environment will help lead to making safe decisions on how to process CRT glass. Kuusakoski Recycling’s new method processes an additional 50,000 tons of CRT glass in North America, and Peoria Disposal Company’s permit can allow this capacity can be tripled in the future.