How Did We End up with So Many CRT Monitors?

There are far too many bulky CRT monitors lying around now that flat-screen electronics have taken over the marketplace. 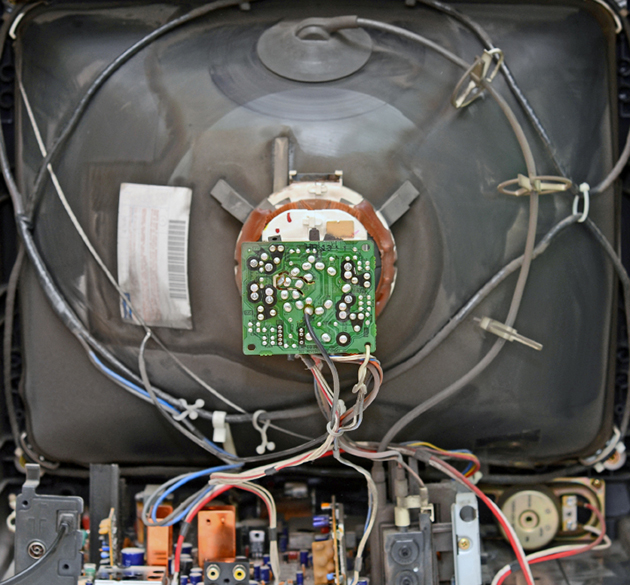 Many of us seem to have quite a few of those old, bulky televisions or computer monitors that are collecting dust in a basement or attic. What many of us might be wondering is how did we end up with so many of these now obsolete electronics in the first place? Well, consumers, this all began with the discovery of the cathode ray tube, which changed video display forever. According to wisegeek.org, CRT monitors are analog computer displays or television sets with large, deep casings that essentially stream electron pixels onto the screen to create a full image. On the surface, this functionality sounds fairly harmless and useful, yet there are far too many of these bulky CRT electronics lying around after flat-screen electronics hit the marketplace. So, why can’t we just dump these electronics in the nearest landfill? According to the EPA, a typical CRT can contain anywhere from 15 to 90 pounds of glass. Yes, that is why they are so heavy and cumbersome to carry around! To protect users from the X-rays generated during operation, lead and other toxic elements are added to the glass. Because of these highly toxic contents, it is very dangerous to let this e-waste decompose in the ground, as they could potentially filter through our soil or water streams. Therefore, the EPA strongly recommends recycling as the preferred process to dispose of end-of-life CRTs (and many states have made it law). Since the early 2000s, the rapid technology advances in flat-panel monitors have skyrocketed while CRT screens have dropped almost completely out of site. Quite of bit of this has to do with the relatively heavy and large space requirements of CRTs in comparison to other display technologies. CRTs have much deeper cabinets and larger rear-projection displays that make this technology impractical. Now, screens significantly larger than 40 inches are a realistic option for more consumers. These days, because of the changing market, many consumers are demanding two key features: thinner screens and wall mountability. In addition, large flat screens are becoming much more affordable as they continue to roll out new features while using significantly less power. (Not to mention, they are much sleeker in style than ever before.) So, for those of us that are struggling with what to do with your old CRT technology, consider recycling before tossing your bulky electronic waste in the garbage can (it is also likely it will not fit anyway). Visit 1-800-RECYCLING’s recycling location search to find a recycling location that accepts obsolete electronics.