The Necessity in Choosing a Responsible CRT Glass Recycler

The ramifications of choosing a bad recycling company are far reaching, including overseas dumping and exposure to toxins in groundwater supplies. 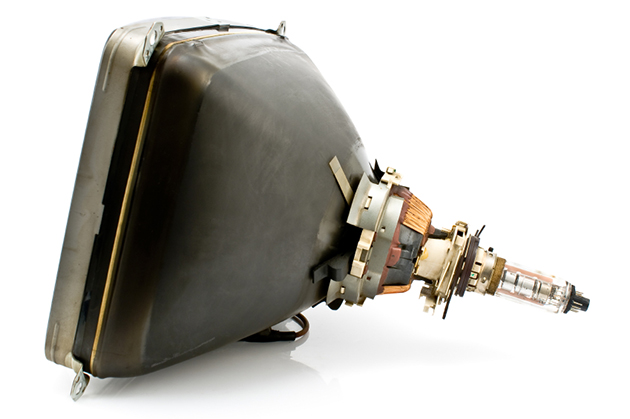 If you need to learn one thing about recycling electronics, know this: It is important to recycle electronic materials through a credible, certified recycler. Just like any business, there are companies that are excellent and strive to do a good job and there are companies that are more concerned with making money than doing the right thing. The ramifications of choosing a bad recycling company are far reaching, from mass dumping of electronic waste overseas, to toxins leaching into groundwater and being released into the air. Recently, the environmental organization Basel Action Network (BAN) joined with CBS News in California to expose a company that abandoned toxic cathode ray tube glass that it had been paid to recycle. Nobody from the company, Dow Management, can be found, but more than 9 million pounds of toxic CRT glass is left sitting in three warehouses in Yuma, AZ. Most of the CRT glass is sourced from picture tubes of old TVs and computer monitors collected by California’s state recycling program. The state program paid California recyclers to dispose of this e-waste in a responsible manner. They in turn paid this third-party recycler, Dow Management, to do the same. According to BAN, “Dow was paid more than $581,000 by California Recyclers to take the glass, who were in turn paid $3.6 million from a California legislated recycling fund.” By law, every time a consumer in California buys a new TV or computer display, he or she pays a fee that is used to pay to have the electronic waste properly recycled when it reaches the end of its useful life. And, under federal law, it is illegal to amass CRT glass for recycling for longer than one year. In the case of the abandoned CRT glass in Arizona, neither law was followed. According to BAN, these laws are important because CRT glass is “covered with toxic cadmium compound laden phosphors and the glass itself is laden with the toxic metal lead. CRT glass is considered under international law to be a hazardous waste.” There have been other incidents of CRT abandonment. One such story was uncovered in Denver. Luminous Recycling rented 25 semi-truck trailers and filled them with toxic CRT glass and then abandoned the trailers. There is approximately 750 tons of hazardous waste contained in these deserted trailers, and Luminous Recycling is currently out of business. Another story out of Baltimore tells of a company that was unable to find locations to ship the CRT glass for processing. The CRT glass piled up and they too went out of business. The abandoned warehouse in that city houses around 3,000 containers filled with CRT glass. The responsible party is the now defunct recycler, CDM eCycling. These are serious issues, and as these cities struggle to resolve them, we need to be mindful of how our e-waste is recycled and by whom. BAN has created a certification program for responsible recyclers called e-Stewards. For more information on e-Stewards certification and to find a certified e-waste recycler in your area, visit e-Stewards.org.