How to Recycle Bottles 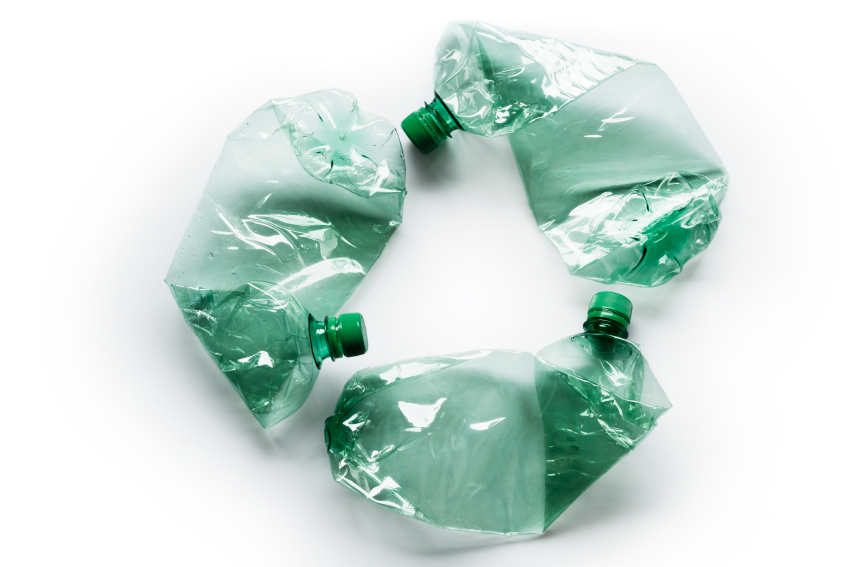 Americans generate 32 million tons of plastic trash every year. The biggest subcategory within that big plastic pile is containers such as bottles and their accompanying lids. Given how much plastic is out there, and how marketable plastic bottles are, almost every city and county has some kind of program for recycling them. If you are not recycling plastic bottles yet, now is the time to start. Read on for more details on how to recycle bottles.

What are plastic bottles made of?

Most plastic bottles are made with PET (#1) or HDPE (#2), which are two of the easiest plastics to recycle. While the overall recycling rate for plastics is just 8%, the U.S. Environmental Protection Agency reports that the recycling rate for PET and HDPE is closer to 30%. PET, also known as polyester, is clear and used in many types of food and beverage packaging. HDPE can be clear or colored. It is also used for many types of food packaging, as well as household cleaners and detergents since it offers strong chemical resistance. Throwing a wrench in the fairly straightforward realm of plastic recycling are the new bottles made with food byproducts such as cornstarch and sugarcane. Industry group Association of Postconsumer Plastic Recyclers points out that mixing these degradable bottles in with conventional petro-chemicals bottles can result in plastics that perform poorly when they are remanufactured. Imagine a product that is supposed to hold up well in rain suddenly starting to melt. For that reason it is not a good idea to mix these plant-based plastics with others for recycling. (New York City’s Department of Sanitation also offers a handy primer on this subject for those who are interested in learning more.)

Plastic bottles, then and now

Plastic has been around since the 19th century, but the plastic bottle did not find wide usage until the 1970s, when companies realized the potential for huge cost savings by bottling in plastic rather than glass or aluminum. Nathaniel C. Wyeth, an engineer at Du Pont, is credited with inventing the 2-liter PET bottle in the mid-1970s. Americans go through around 50 billion plastic water bottles every year. Sadly, the recycling rate for plastic bottles is around 23%, meaning the majority of those bottles are going into landfills, where they will sit for thousands of years. It is for that reason that not everyone is such a big fan of plastic bottles. In recent years, more than 90 college campuses have banned the sale of plastic water bottles. A story from Bloomberg News in 2012 names Harvard University, Brown University, University of California at Berkeley and Western Washington University as some examples.

How to recycle plastic bottles for cash in some states

In states with bottle bills, plastic soda bottles can be redeemed for cash at grocery stores and other locations. Water bottles, on the other hand, can present more of a challenge. When most of these laws were passed, bottled water was not widely available and was not included on the list of redeemable containers. To combat the problem of water bottles going straight into the trash, many states, including California and Oregon, have adjusted their bottle bills to include these plastic bottles. Massachusetts will vote later this year on whether to update its bottle bill to include water bottles (as well as those used for iced teas, sports drinks and several other types of beverages). If you are in a state lacking a bottle bill, check with your local waste management agency to see if bottles are picked up at the curb or should be taken to a recycling center. Be sure and ask whether bottles should have the cap on or off. It used to be that most municipalities wanted caps removed, but that is not the case anymore. San Diego and Austin, TX, both request that caps be left on, while Ann Arbor, MI, and Canton, OH, want residents to remove the caps before placing them in the bin. Bio-plastic bottles can be identified by the plastic code “PLA” or packaging on the bottle that states it is made with bio-plastic. Sometimes they are labeled with #7 to note that they fit in the “Other” plastic category. However, some types of PET or #1 plastic are made entirely with food-based materials, not petroleum, so be careful with these bottles as well. As with most containers, it is a good idea to rinse bottles before recycling them.

Plastic bottles make surprisingly beautiful artwork. One of my favorites is the work of Angela Hafeltine Pozzi, founder of Washed Ashore, who makes art from trash found on beaches as a way to draw attention to the growing problem of plastics in our oceans. One of her works is a stunning jellyfish made entirely from clear plastic water bottles. A quick look on Pinterest yields all kinds of plastic bottle projects: piggy banks, jewelry, tabletop Christmas trees, wreathes and much more. Check out the social networking site for more ideas. And, of course, there is an easy way for everyone to reuse plastic bottles: Fill them with water and drink out of them again. In the summer it is nice to have several on hand so you can put them in the refrigerator or freezer for a constant supply of cold water.