How to Recycle Cooking Oil

You shouldn’t pour it down the drain and it can be difficult to reuse, so what is the best recycling option for cooking oil? 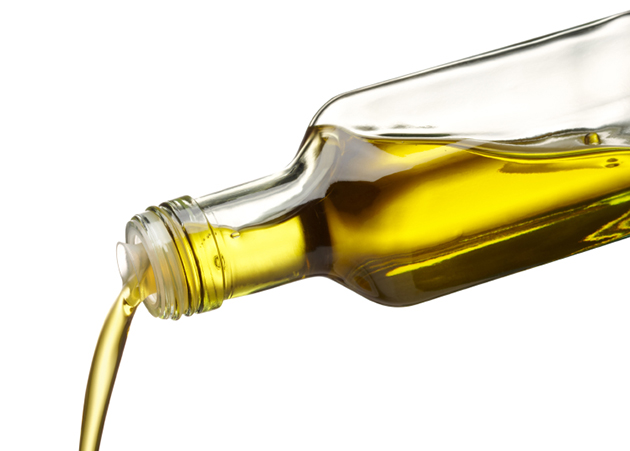 From fried chicken and falafel, to donuts and even dill pickles, there is a deep-fried food that will please every palate. One of the downsides to deep frying (besides the health effects of munching too many French fries) is that you are left with a great big container of cooking oil. And, unless you are lucky enough to live somewhere like Sacramento, CA, or Raleigh, NC — places where used cooking oil is picked up at the curb — you may be wondering how to recycle that jug of viscous amber liquid.

Normally I am a big proponent of reuse, but cooking oil makes me nervous. It is possible to reuse it. Some even say recycled cooking oil adds depth and flavor to foods. But, reusing it means straining it to remove food particles, which can spoil and ruin the oil. It means storing the oil at the proper temperature and in the right type of container. I would have to remember to pull it out of the cabinet the next time onion rings are on the menu (and, if the oil was last used for onion rings, it is probably not a good idea to cook beignets in it). Plus, oil can only be reused a number of times before it needs to be thrown out, which is one more thing to track. I just do not have the time or the confidence to do it right. Cooking oil is definitely not something that should go down the drain. Not only can it clog your pipes, but over time it will also build up in the pipes that carry refuse to the local wastewater treatment plant. This can cause pipes to back up, flooding yards and streets with sewage and causing costly damage to infrastructure. Many wastewater treatment plants advocate wiping grease out of pans and taking other measures to make sure absolutely no oil or fat goes down the drain.

That leaves old-fashioned recycling as the best way to deal with cooking oil. The obvious destination is a biodiesel plant. Most major cities have at least one company that produces it. Brooklyn boasts the largest biofuels plant in the country, manufacturing 110 million gallons of product every year. Many of those communities put biodiesel back to use in their own fleets as well as selling it to the general public. In Anchorage, AK, local hauler Alaska Waste accepts cooking oil from residents, converts it to diesel at its own facility, and uses it to power its garbage and recycling trucks. All 4,000 garbage trucks, snow plows and other municipal vehicles in New York City run on a biodiesel blend. Biodiesel is manufactured through a process called transesterification. It separates the glycerin from the methyl esters, a fatty acid that make up biodiesel. Most people think of biodiesel as something that goes in a car engine, but it does have other uses. It makes great heating oil and can power diesel generators. It can even be used to clean up oil spills like the Deepwater Horizon disaster in 2010. Methyl esters will dissolve crude oil if formulated properly. Cleanup crews spray it on an affected area, rinse it down with seawater and use skimmers to remove the dissolved oil. Biodiesel production has really taken off in the U.S. in the last 15 years. Dr. Rudolph Diesel, the German inventor who built the first diesel engine, experimented with vegetable oils in the 1890s. His vision was that vegetable oils could power diesel engines in agricultural areas, where it was tough to get petroleum. Brazilian scientist Expedito José de Sá Parente figured out how to produce biodiesel on an industrial scale in the 1970s. Europe and South Africa opened manufacturing plants in the 1980s, with the first U.S. facilities opening in the 1990s. It was not until after 9/11, when the price of diesel skyrocketed, that biodiesel became a household term.

If you are lucky enough to live in Carlsbad, CA, your old cooking oil will soon be turned into a different type of energy. The Encina Wastewater Authority plans to build a biogas facility that will turn waste food and oil into energy to power the wastewater facility. It will help Encina Wastewater meet its goal of being a net-zero energy consumer. Construction will commence later this year, and the plant should be up and running by the end of 2014.

How you can play your role in recycling cooking oil

To recycle cooking oil, let it cool completely then pour it into a plastic jug. Label it and transport it to your nearest cooking oil facility. It is worth checking to see if the facility can take bacon grease and other types of fats. Many can, and that will mean less waste in the trash and more feedstock for manufacturers. Be sure to ask if grease and cooking oil can be combined in a single container before taking it to the facility. It’s bad for your pipes and can be difficult to reuse, so how does one go about recycling cooking oil?