How to Recycle Alkaline Batteries

U.S.-made alkaline batteries do not contain lead and mercury, so some do not recycle them. As a result, it is very tough to find a place that takes them. 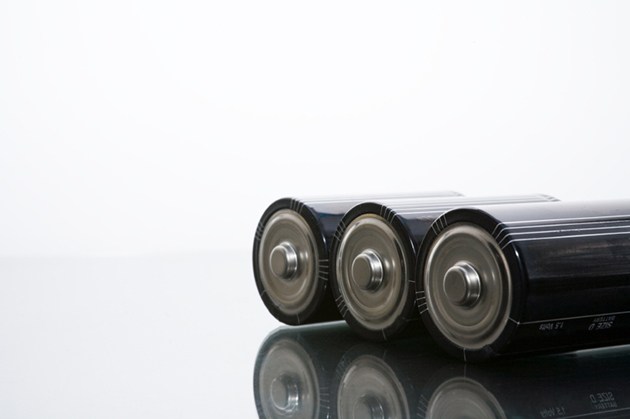 As people’s infatuation with electronic goods has grown, so too has our appetite for batteries. The U.S. Environmental Protection Agency estimates that Americans throw away 3 billion batteries every year (which translates to roughly eight batteries per person). The vast majority of those are alkaline batteries, which are the common, everyday type made by manufacturers such as Duracell and Energizer. Since alkaline batteries no longer contain mercury or other heavy metals, many people believe it is better to throw away them away than go to the trouble of recycling them. As a result, it is very tough to find a place that takes them. We have one solution and recommend a second: Try using rechargeable batteries in place of non-rechargeable ones.

What are alkaline batteries?

Open up pretty much any battery-powered device in your home and it is likely to have alkaline batteries (also known as dry cell batteries) inside it. They are the most common type of battery on the market and can be purchased in any grocery or hardware store. Available in sizes AAA through D, they can be used in electronic devices such as MP3 players and handheld video games, to household products such as clocks, flashlights and children’s toys. Alkaline batteries are primarily made of zinc, manganese and steel. They work by causing a reaction between powdered zinc and manganese dioxide. Instead of producing heat, which is what the reaction would typically generate, a battery makes an electric current, which passes from the battery to the connection points on the device. Over time, the chemicals begin to lose their effectiveness and the battery stops working. (People interested in more details about how alkaline batteries work should check out this interactive graphic from Energizer). Other common household types include lithium-ion batteries, which are used in electronic devices like cell phones and tablets; button cell batteries for hearing aids and smaller electronics; and lead-acid batteries, which are used in cars.

Do you need to recycle alkaline batteries?

Manufacturers used to put mercury in batteries to prevent hydrogen gas from building up. However, in 1996, the U.S. passed the Mercury-Containing Battery Management Act, which forbade mercury in batteries. However, alkaline batteries manufactured in other countries may still contain mercury. Since American-made alkaline batteries do not contain dangerous chemicals such as lead and mercury, some people do not feel the need to recycle them. However, the dedicated recycler knows that there is no point in letting them sit in a landfill or burn up in an incinerator. All the materials in batteries can be used to make other products (such as new batteries). And, making batteries without recycled materials means mining and refining to get new metals, both of which have a negative environmental impact.

How to recycle alkaline batteries

California is the only state that requires people to recycle alkaline batteries (and all other batteries, for that matter). Several cities, including Oakland and Palo Alto, collect batteries at the curb. They can be placed in clear plastic bags and go in the bin with other recyclables. In Los Angeles, collection bins are placed in libraries to make drop-off convenient for people. People residing in the remaining 49 states have to try harder. The Big Green Box recycles all kinds of batteries, including alkalines. It is not cheap —a box with a prepaid shipping label costs $63 — but it can hold up to 43 pounds, which is equates to lot of AA batteries. Consider investing in one with other recycling-savvy friends. Some national store chains, including IKEA, have battery recycling stations in their stores. Make sure they accept alkaline batteries; Best Buy, which mentions a battery recycling program on their website, can only take rechargeable batteries. One important note about putting batteries in your recycling bin or your trash: Just because a battery will not power a digital camera does not mean it is “dead.” If enough live batteries come into contact with each other they can cause a fire. To prevent this, put some tape over the terminal (the positive end, which is the top end with the small bump). This will significantly lower the risk of problems during transport and storage.

Rechargeable nickel-metal hydride batteries (more commonly known by the abbreviation NiMH) can be used in place of alkaline batteries. A rechargeable battery can often be used more than 1,000 times if the charging is done correctly, which means a lot of batteries diverted from local landfills. They are also much easier to recycle. Call2Recycle, an industry organization set up to receive and recycle rechargeable batteries, accepts batteries from individuals and businesses. Visit their website to find a drop-off location near you or to sign up as a collection center. Call2Recycle can also take other types of rechargeable batteries, such as those that come with power tools and laptops. Rechargeable batteries are best for commonly used items that take a lot of energy, such as digital cameras and children’s toys. Since they lose about 1% of their power every day, they should not be used in devices like smoke and carbon monoxide detectors.